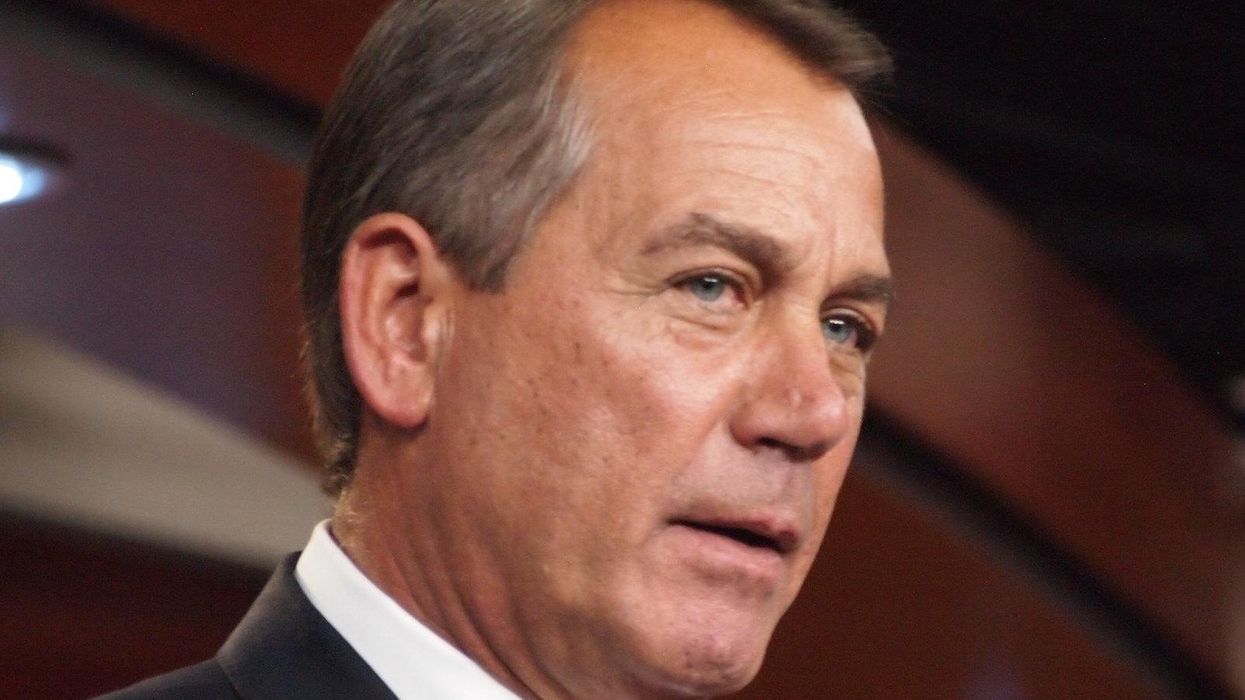 House Majority Leader John Boehner, R-Ohio, said Republicans will continue to push the pipeline because it is "good for our country, good for our economy and good for the American people." (Mattias Gugel/Medill)

During Barack Obama's years as president of the United States, one of his biggest political adversaries on Capitol Hill was then-House Speaker John Boehner — a hardcore Republican conservative who fought the centrist Democrat on a variety of issues. Yet Boehner was not as extreme as many of the Tea Party wingnuts and birthers who emerged during the Obama era and later embraced Trumpism wholeheartedly. And the extremism of the modern-day GOP is one of the topics the former House speaker tackles in his new book, "On the House: A Washington Memoir," due out on April 13.

A preview of the book's highlights can be found in a Boehner essay published by Politico on April 2. Boehner, in the essay, recalls becoming House speaker in 2011 after Republicans regained the U.S. House of Representatives in a wave that Obama correctly described as a "shellacking." Obama found Boehner to be a tough adversary, but ironically, some Tea Party wingnuts in the House insisted that he wasn't tough enough.

Boehner remembers, "Ronald Reagan used to say something to the effect that if I get 80 or 90% of what I want, that's a win; these guys wanted 100% every time. In fact, I don't think that would satisfy them, because they didn't really want legislative victories. They wanted wedge issues and conspiracies and crusades. To them, my talk of trying to get anything done made me a sellout, a dupe of the Democrats, and a traitor."

The former House speaker continues, "Some of them had me in their sights from Day One. They saw me as much of an 'enemy' as the guy in the White House. Me, a guy who had come to the top of the leadership by exposing corruption and pushing conservative ideas. Now I was a 'liberal collaborator.' So that took some getting used to. What I also had not anticipated was the extent to which this new crowd hated — and I mean hated — Barack Obama."

Boehner often fought Obama aggressively on policy, but he was never a "birther" — a term used to describe Donald Trump and others who promoted the racist and idiotic conspiracy theory that Obama wasn't really born in the United States, but in Kenya. And the wingnuts of the Obama era, Boehner notes in his essay, would say of the then-president, "He's a secret Muslim" or "He's a communist."

Fox News and other right-wing media outlets, Boehner notes, was happy to promote "crazy" and "whacked out" conspiracy theories involving Obama. And in the House, one of the most over-the-top extremists was then-Rep. Michelle Bachmann.

Yet Bachmann, Boehner recalls, became a "conservative media darling" and has "made a name for herself as a lunatic ever since."

Boehner's Politico essay/book preview doesn't get into Trumpism or discuss Trump's presidency — its focus is on far-right wingnuts of the Obama years. Yet when Boehner is talking about Bachmann, one can see how she helped pave the way for Trumpian extremists like Rep. Marjorie Taylor Greene and Rep. Lauren Boebert. And Boehner isn't shy about expressing his disdain for Sen. Ted Cruz, another wingnut who emerged during the Obama era.

"There is nothing more dangerous than a reckless asshole who thinks he is smarter than everyone else," Boehner writes. "Ladies and gentlemen, meet Sen. Ted Cruz."