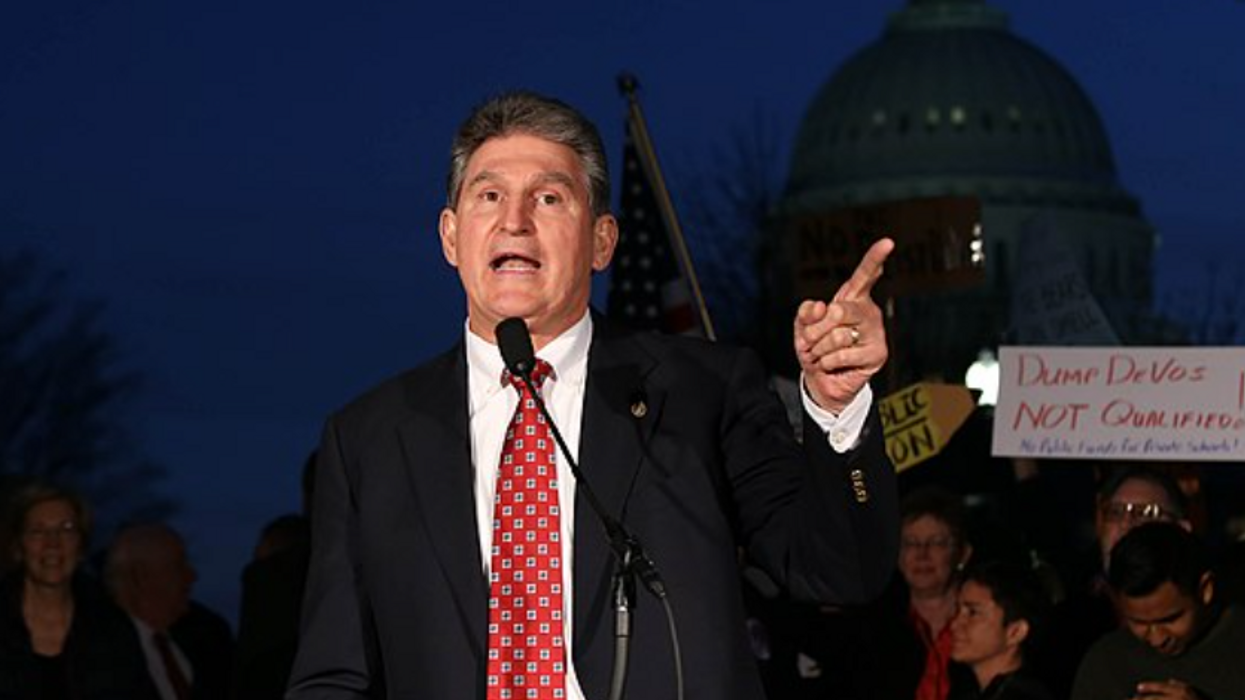 In the wake of Sen. Joe Manchin's (D-W.V.) recent op-ed in defense of maintaining the filibuster, an attorney, activist and lobbyist in pushing back against the Democratic lawmaker's defense of the legislative rule.

Fred Wertheimer, founder, and president of Democracy 21, dismantled Manchin's arguments in an NBC News op-ed of his own. He began by highlighting how Manchin's views conflict with the views of his predecessor, the late Sen. Robert C. Byrd (D-W.V.) As the longest-serving senator in United States history, Byrd was a pivotal figure who helped shape the Senate's legacy.

Although Manchin claims his beliefs are part of an effort to protect the Senate legacy, his defense appears to contradict what it stands for. Wertheimer noted that while Byrd's record suggests while he did recognize the Senate's filibuster rule, he also understood that it "was not sacrosanct."

"He supported changing the rule when it had been abused or when the times demanded it," Wertheimer wrote, later adding, "Byrd obviously believed revising the filibuster rule when abuses or circumstances called for it was good for the country and for West Virginia, the state he represented and loved."

He went on to highlight another area where their differences lie: exemptions to the filibuster. "Byrd also supported a number of exemptions to the filibuster rule," Wertheimer explained. "He played the crucial role in the 1974 creation of the budget reconciliation process — which Manchin criticized in his opinion piece — and which the Senate just used to pass the Covid-19 relief bill and could use again for the coming infrastructure package."

"We spend countless hours," Byrd previously said, "chasing campaign funds all around the country — to the detriment of our duties and our constituents."

Lastly, Wertheimer noted Manchin's contradictory stance regarding S.1 (the For the People Act). He noted that both Manchin and Byrd expressed deep concern about "the disturbing role money plays in our democracy."

Manchin even expressed sentiments similar to Byrd's saying "More and more lawmakers spend their time dialing for dollars, instead of legislating for their constituents. That is why I have and will continually support changing our campaign finance rules."

However, Wertheimer argues that Manchin "a classic Catch-22 situation" with his arguments. He wrote, "He says he wants a bipartisan solution to voting rights and campaign finance legislation. Yet there is no basis to believe that any Republican senator, let alone the 10 needed to break a filibuster, will support a bipartisan solution to real campaign finance and voting rights reforms. Led by McConnell, the GOP wants to kill the reform bill — just as it killed Byrd's reform bill in 1988."

Wertheimer's op-ed comes just days after Manchin laid out his arguments in a piece published to The Washington Post. In his op-ed, he explained why he opposes the idea of weakening the filibuster.

"The filibuster is a critical tool to protecting that input and our democratic form of government. That is why I have said it before and will say it again to remove any shred of doubt: There is no circumstance in which I will vote to eliminate or weaken the filibuster. The time has come to end these political games, and to usher a new era of bipartisanship where we find common ground on the major policy debates facing our nation.