I've never seen so many snowflakes in my life, and I grew up in Wisconsin.

It's still mind-boggling that so many Trumpaloompas thought they could storm the U.S. Capitol, openly engage in a violent insurrection, and then grab some Arby's on the way home and chill with a box of Fiddle Faddle while the rest of us totally forgot about this picayune kerfuffle.

It's almost as if white people have been conditioned to think they have nothing to fear from the law.

Rachel Weiner is a reporter for The Washington Post who has the latest on one of the foot soldiers in Donald J. Trump's Jan. 6 Bumblefuck Putsch:

Webster has a "sparkling record" with the NYPD which led to "the lofty assignment of protecting the mayor," attorne… https://t.co/REYQB3M5za
— Rachel Weiner (@Rachel Weiner) 1617974626

Lawyer for Tommy Webster, retired NYPD cop accused of beating an MPD officer with flagpole on #J6, says his client is in a "dormitory setting" with people serving time for "inner-city crimes" - "for a middle aged guy whose never been arrested before this has been a shock for him"
Webster has a "sparkling record" with the NYPD which led to "the lofty assignment of protecting the mayor," attorney says - but if he won't be released he wants him moved back to jail in upstate New York
(He's not in D.C., where riot detainees are in a separate wing, causing friction on both sides -- like others arrested elsewhere he's been moved around the country on the way to D.C.)

I hope that somewhere within the pages of Joe Biden's omnibus infrastructure bill is an earmark for trillions of tiny violin-fabricating nanobots, because I don't think modern science can possibly shrink them down any further. And there's a huge demand, let me tell you.

Oh, and "inner city crimes," eh? What the fuck does this look like? 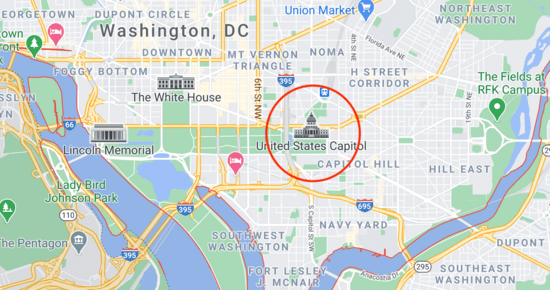 Oh, that's not what they meant by "inner city"? Yeah, I know. We all know.

I've pretty much had it with the "aw, shucks, these are good folks who got a little too rambunctious" shtick. Does Webster think he deserves to await trial in the exclusive white's-only insurrectionists' suite?

By the way, here's what this model citizen allegedly did on Jan. 6, according to CBSN New York:

As CBS2's Dick Brennan reports, 54-year-old Thomas Webster is a former NYPD officer and Marine, but authorities say on Jan. 6, during the Capitol riot, he was "like a junkyard dog, teeth bared, fists clenched."
Prosecutors say that he "attacked a police officer with an aluminum pole and ripped off his protective gear and gas mask, causing the officer to choke."

Yeah, maybe he shouldn't be held with poor inner city Black men who await trial on petty, low-level drug offenses. He'll scare the shit out of them.