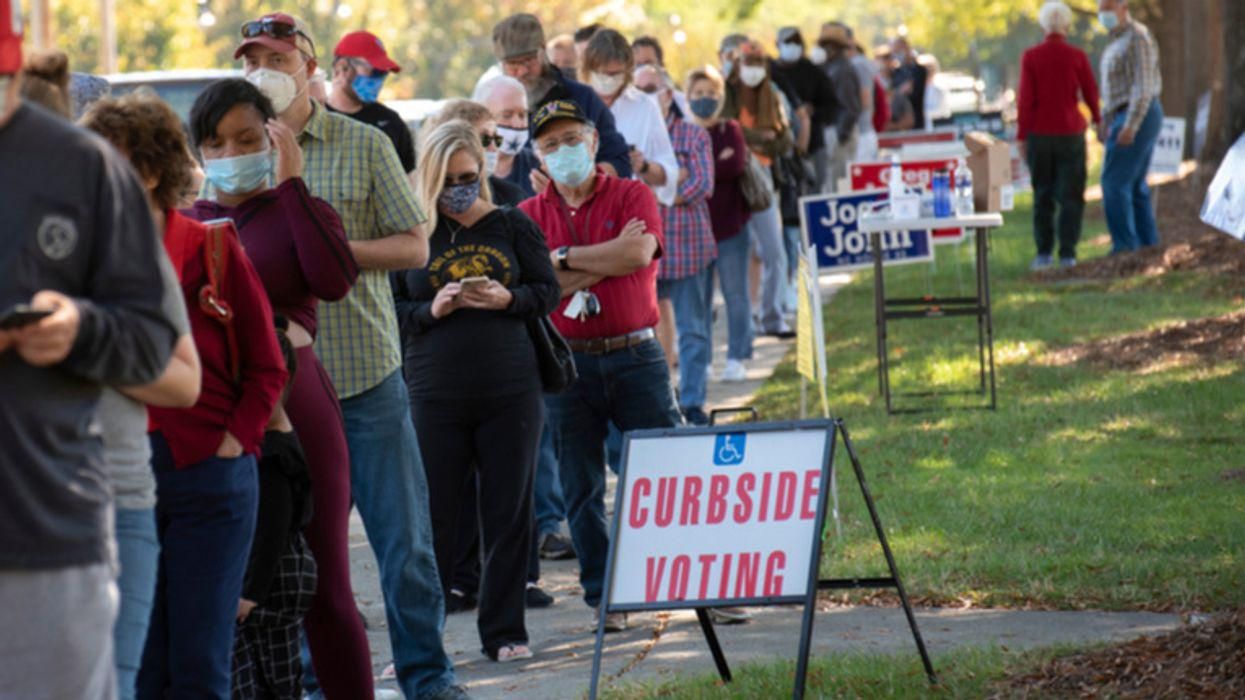 In the past, the Republican Party could easily rely on the suburbs for votes. But now the demographics have shifted which has resulted in drastic Electoral College changes that Republicans are not pleased with. Over the last two decades, the suburbs have become a diverse melting pot of American citizens, a flagship characteristic of the Democratic Party.

Now, as the 2022 primary election approaches, Republicans are reportedly looking to revamp their approach to reclaim the suburbs.

In addition to their flurry of proposed bills aimed at voting restrictions and suppression, Republicans are looking to change the political party's rhetoric because statistics show very few voters were in favor of former President Donald Trump. However, the real question centers on the permeance of the voter shifts. Will suburban voters — including some who claimed to be part of the so-called "Never Trump" movement — return to the Republican Party now that Trump is no longer on the ballot?

Sarah Longwell, a political strategist and lifelong Republican, has weighed in with her take on the possibilities. Longwell insists the Republican Party is "trading what have historically been some of their key voters, which are college-educated voters in the suburbs. And they're trading them for white working-class voters in more rural and exurban areas without college degrees."

On the opposite end of the voting spectrum, Longwell notes that "Democrats are picking up in that trade college-educated suburban voters and especially women," amid the party's downward trend in support among white working-class voters.

Over the last few years, Montgomery County Republican Party Chair Liz Preate Havey has witnessed the transition in her area as it shifted from red to blue.

So what will a Trump-less Republican Party look like publically next year? Havey believes his absence could prove to be beneficial for the party. "Now that they don't have Trump, who people voted against because they didn't like him as a person — he's gone now," she says, "and so people are actually looking at issues now and things that affect them on a day-to-day basis."

However, University of Michigan professor Matt Lassiter, a scholar who focuses on the history and evolution of American suburbs, has shared a different perspective as he opposes identifying suburban voters by political party. He is suggesting a different approach.

"I personally believe that their main political identities are not as Democrats, but are parent, taxpayer, homeowner," Lassiter said. "The way they think about politics broadly is the things that we don't talk about a lot, like zoning, like school boundaries, that those things matter more at the local level than who they vote for every four years in a presidential election."

While it is still too early to tell how Republicans will fair in the 2022 primary election, that particular election could offer insight on whether the political shifts are temporary or potentially permanent.