Columnist explains why the GOP's voter suppression attempts could backfire 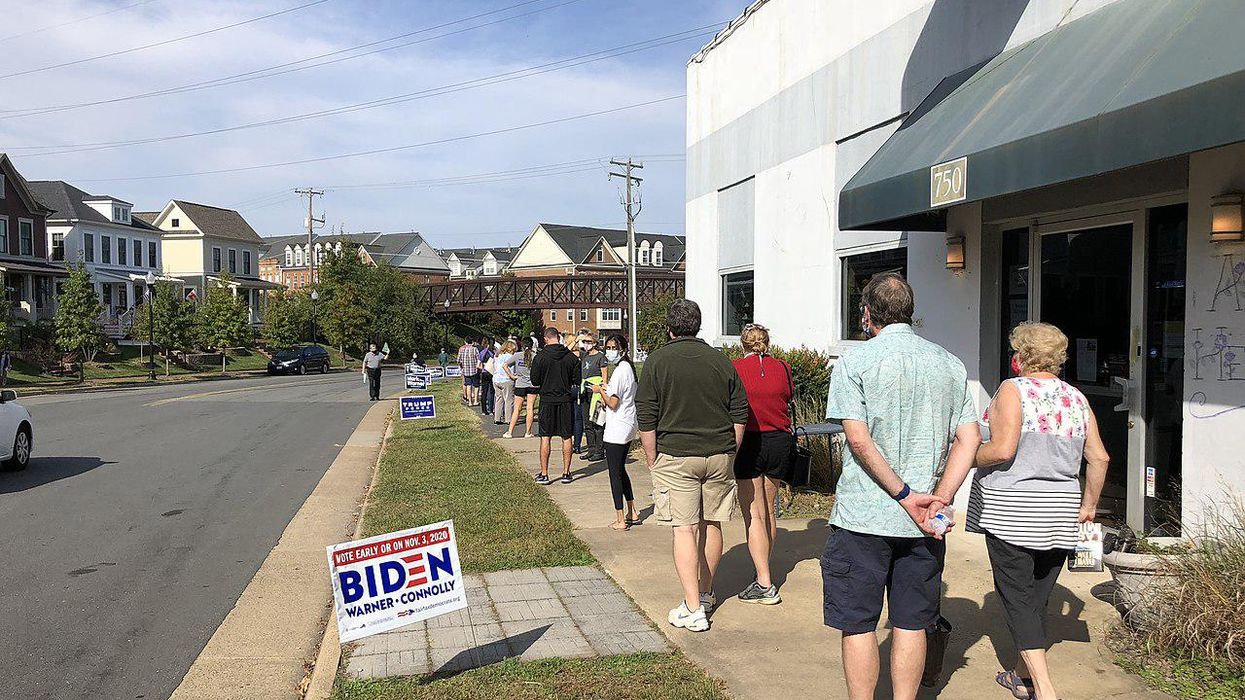 Many pundits have described the 2020 U.S. Census results as good news for Republicans, noting that one or two congressional seats will be added in Texas, Montana, North Carolina and Florida — all of which are states that former President Donald Trump won in 2020. And most of the states that will be losing a congressional seat are states that President Joe Biden won, including California, New York, Michigan and Pennsylvania. But conservative Washington Post columnist Jennifer Rubin argues that the 2020 Census may have some bad news for Republicans, as the GOP has been pushing voter suppression in GOP-friendly states where it gained one or two seats.

"While the top-line numbers suggest Republicans gained and Democrats lost," Rubin writes, "the reality is far more complex. For starters, a slew of Democratic insiders, pollsters and lawyers breathed a sigh of relief because they expected far more losses in blue states. New York and California 'only' lost one each, and Rhode Island did not lose any. Likewise, Texas could have gained three and Florida two."

Democrats have been attacking GOP voter suppression bills as being designed to make it harder for African-Americans and Latinos to vote, and President Joe Biden slammed Georgia's so-called Election Integrity Act of 2021 as an example of modern-day "Jim Crow." Rubin doesn't disagree that Republicans have Jim Crow-like motivations in pushing voter suppression bills, but she argues that Republican voters may end up being the ones who are adversely affected.

"Just as efforts to suppress the count of Hispanics may have hurt Texas Republicans, efforts to roll back access to voting throughout the country could also harm turnout among the GOP's own voters, including the elderly and those in rural areas," Rubin emphasizes. "The tactics are wrong and anti-democratic regardless of which party they impact, but there is no guarantee that Republicans' Jim Crow-style laws will help them win elections."

Rubin points out what Democratic attorney and Democracy Docket founder Mark E. Elias has had to say about the 2020 U.S. Census Results:

To illustrate Elias' point about districts, consider Texas — a light red state that Biden lost to Trump by 6% in 2020. Although Texas on the whole leans conservative and Democrats struggle in statewide races there, some of its congressional districts are very Democrat-friendly. Prominent Democrats who serve in the U.S. House of Representatives via Texas include, among others, Rep. Sheila Jackson Lee, Rep. Joaquín Castro, Rep. Veronica Escobar and Rep. Al Green (not to be confused with the famous R&B/gospel singer).

Nonetheless, Rubin notes that Republicans are very good at "partisan gerrymandering," which is one of the reasons why she supports House Resolution 1, a.k.a. the For the People Act — a voting rights bill that has been passed by the House but now faces an uphill climb in the U.S. Senate thanks to the filibuster.

"Ending partisan gerrymandering is less emphasized than many other voting rights protections — e.g., automatic registration, no-excuse absentee voting — yet it is nevertheless a critical democratic reform," Rubin writes. "The only way to avoid another House election in which partisans pick their voters is for the Senate to move swiftly on HR 1."

Countless pundits have argued that changing demographics in the United States will not be good for the GOP in the long run because the GOP base — which tends to be older, whiter, more open to evangelical Christian fundamentalism and more rural — is shrinking. And Rubin wraps up her column by stressing that U.S. demographics will continue to evolve whether Republicans like it or not.

"The Census is a timely reminder that America is not a fixed demographic entity," Rubin observes. "The United States is constantly renewing and transforming itself. As much as that freaks out certain political tribes, the only constant in American demographics is change."