'Far from fair': New report exposes why Republicans have electoral advantage — even as a 'minority party' 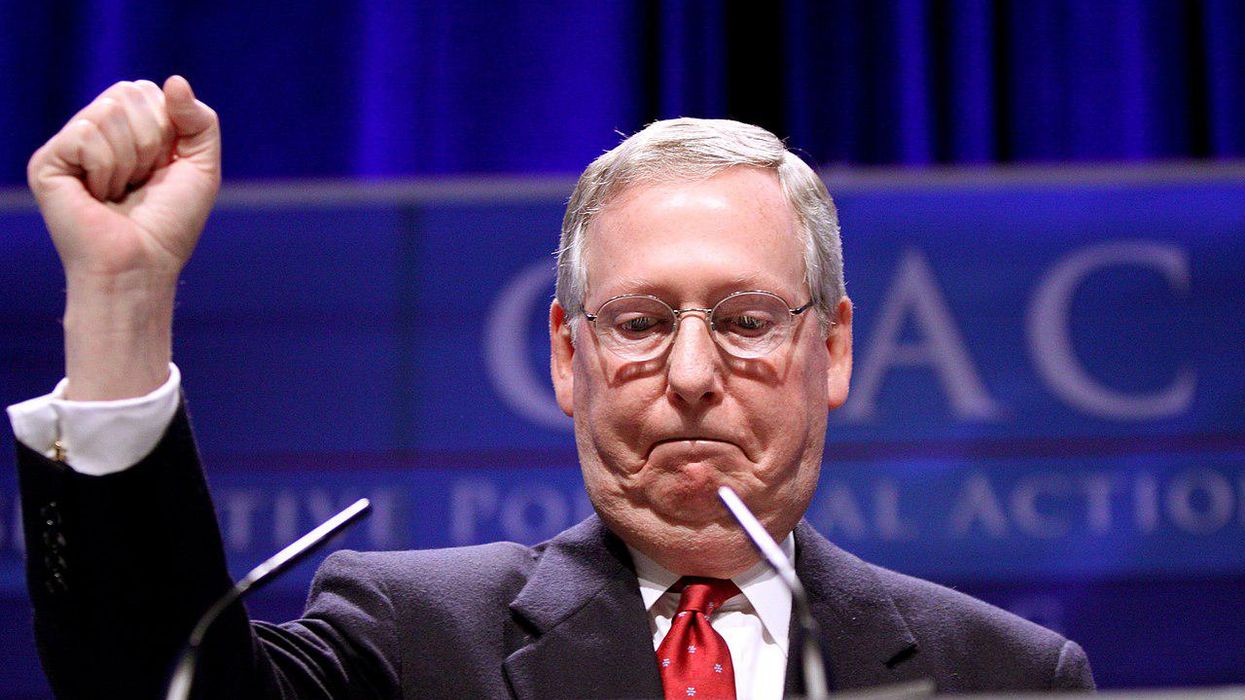 Countless pundits have noted that changing demographics in the United States do not favor the Republican Party, whose base tends to be older, predominantly white and largely concentrated in small towns and rural areas. Regardless, Democrats continue to face many challenges in elections, from partisan gerrymandering to voter suppression. And reporters Laura Bronner and Nathaniel Rakich, in an article for polling/statistics expert Nate Silver's FiveThirtyEight website, lay out some of the many reasons why Republicans enjoy an unfair "structural advantage" in U.S. politics despite being a minority party.

"In the U.S.," Bronner and Rakich explain, "the competition is far from fair. For a variety of reasons — some long-standing, some intentional, others newer or incidental — the political institutions that make up the field of American politics are increasingly stacked in favor of one side: the Republican Party."

Bronner and Rakich continue, "Take the Senate. Republicans currently hold half of the seats in that chamber even though they represent just 43% of the U.S. And it's not just the Senate — the Electoral College, the House of Representatives and state legislatures are all tilted in favor of the GOP. As a result, it's possible for Republicans to wield levers of government without winning a plurality of the vote. More than possible, in fact — it's already happened, over and over and over again."

In the U.S. House of Representatives, Bronner and Rakich note, Republicans have made sure that districts are more gerrymandered than ever.

"After the red wave election of 2010," the FiveThirtyEight reporters note, "Republicans drew more than five times as many congressional districts as Democrats, and they used it to push their structural advantage in the House to record levels."

"Democrats' disadvantage in the Electoral College is well-documented," Bronner and Rakich observe. "President Joe Biden won the national popular vote by 4.5 percentage points, yet he won Wisconsin — the state that gave him his decisive 270th electoral vote — by only 0.6 points. In other words, Biden needed to beat former President Donald Trump nationally by more than 3.8 points in order to win the White House outright."

Despite the size of the Democratic Party, Bronner and Rakich point out, Democrats have to work extra hard to win elections for either branch of Congress.

"The House map has had a Republican bias since at least 1968, based on presidential election results," the FiveThirtyEight reporters write. "And in 1996 and 2012, Republicans even won House majorities despite Democrats winning the House popular vote."

Bronner and Rakich also point out that in addition to the unfair advantage Republicans enjoy at the federal level with presidential, U.S. Senate and U.S. House elections, the GOP has used gerrymandering to its advantage in elections for state legislatures.

"State legislatures are the last piece in the institutional jenga," according to Bronner and Rakich. "Here, too, urban-rural sorting and gerrymandering have handed Republicans an advantage: Republicans currently control at least four state-legislative chambers — the Michigan Senate, Michigan House, Minnesota Senate and Pennsylvania Senate — for which Democrats won the statewide popular vote in the last election. Democrats also won the 2018 popular vote in the Michigan House, North Carolina House and Pennsylvania House yet failed to take control of those chambers. In fact, Republicans have controlled the Michigan House without interruption since the 2012 elections despite winning the popular vote in just one of the five elections to take place in that time, according to Daily Kos Elections."

Bronner and Rakich acknowledge that the United States' Founding Fathers were not totally majoritarian in their outlook, explaining, "The Founders purposely designed many of our federal institutions to only indirectly reflect the will of the people — in political science lingo, they made them 'counter-majoritarian.' And for most of our nation's history, those minority protections helped both parties in roughly equal measure…. But now, that isn't the case."

According to Daniel Ziblatt, who specializes in political science at Harvard University and wrote the book, "How Democracies Die," with Steven Levitsky, the GOP has so unfair an advantage that it "can go off the rails without really suffering any immediate electoral costs."

Ziblatt told FiveThirtyEight, "They can win the presidency without winning the popular vote; they can control the Senate without representing the majority of voters. And so, the self-correcting mechanism of American democracy, (elections) is not working, because they're not getting the signal that what they're doing isn't a winning strategy — because it is a winning strategy."