Here's how to behead the GOP hydra 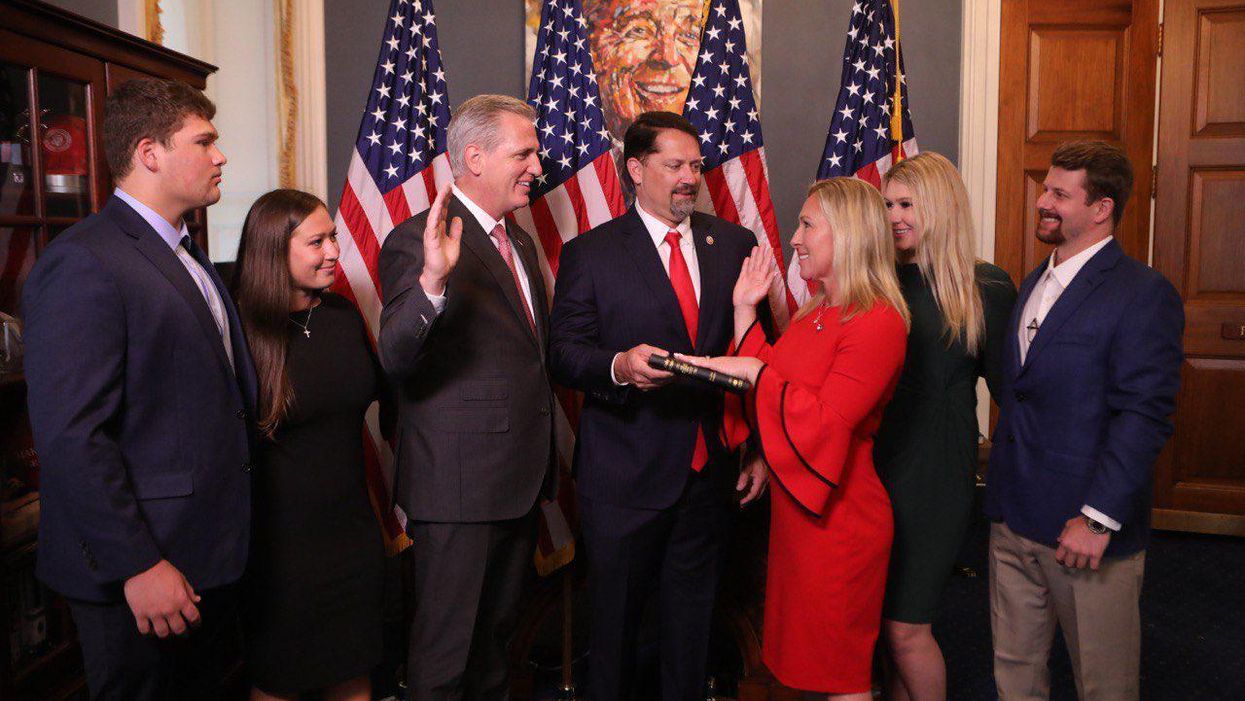 We must cut off all of this hypocritical hydra's heads all at once – the prudish-pope heads, the petulant-brat heads, the smarter-than-science heads, the ignorance-is-smart heads, the crowing heads, the whiny heads, the pedantic heads that scorn us for our immorality and the cynical heads that cackle at us for caring about morality. All of them.

They can all be chopped at once only if we focus doggedly on this: The hydra that is the GQP doesn't care what words mean. It'll ape any sound to look heroic always, moment-to-moment.

It's theatrics. Method acting. More like animal braying than human saying. The hydra just parrots the sounds of someone who cares.

Their method acting is easy. They get themselves all frothed up at anyone in their way. Frothed up, they feel like saints which ignites more outrage at the sinners which makes them feel still more like saints. It's the paradox of holy war crusading: No deed too dirty for saints like them.

It's a vicious-virtue cycle: They get vicious which makes them feel virtuous. Feeling virtuous they get still more vicious. Kickstart the righteous indignation and it takes on a life of its own. Word meanings melt away.

Humans assume words have meanings. The hydra drops that limitation and plays God, eternally right, righteous, mighty, and consistent. To the craving and craven, the method acting gives a false but convincing impression of an uninterrupted winning streak.

Their hypocrisy is a side-effect of not caring what words mean. Call them on their hypocrisy and they'll simply demand respect for their "integrity," another word that sounds heroic, another word whose meaning doesn't matter to them. They're literally de-meaning. They strip the meaning off of words to demean all rivals and elevate themselves.

We enable the hydra every time we say "they believe that…" Beliefs are irrelevant to their meaning-stripped words, words not just weaponized but stripped of all reference. It's how the hydra became post-truth: By not caring about what words mean.

The more we care about words mean and about the causes we champion, the better they do. According to Carl Woodward, Lindsay Graham told Trump, "If it weren't for the Democratic Party, the Republican Party would fold. They always keep us in the game. They're able to throw us a lifeline. So this defund the police, occupation of Seattle and this crazy shit is going to put you back in the game."

The hydra couldn't get away with it before. Now it can. It has dizzied the Democrats and the media, got it running around in circles trying to play catch-up with their words as if they meant them, trying to chop off one head at a time with civilized, reasoned, counter-argument.

For example, the GQP scores direct hits by accusing their opponents of being far left, radical, socialist and communists. But how often does anyone ask them for a definition of those terms? Never. We let them use the terms as though they mean them, when they couldn't define them if they tried. Every time we refute their words as if they mean them we enable them. Every time we let their words hang in the air, we enable them.

It's a win for them every time they trick us into thinking about what words mean when they're not thinking about meanings at all. That's their whole long game and if we would just stop playing along, we would decapitate the hydra.

Robotically Playing God Is Much Easier Than Being Human www.youtube.com