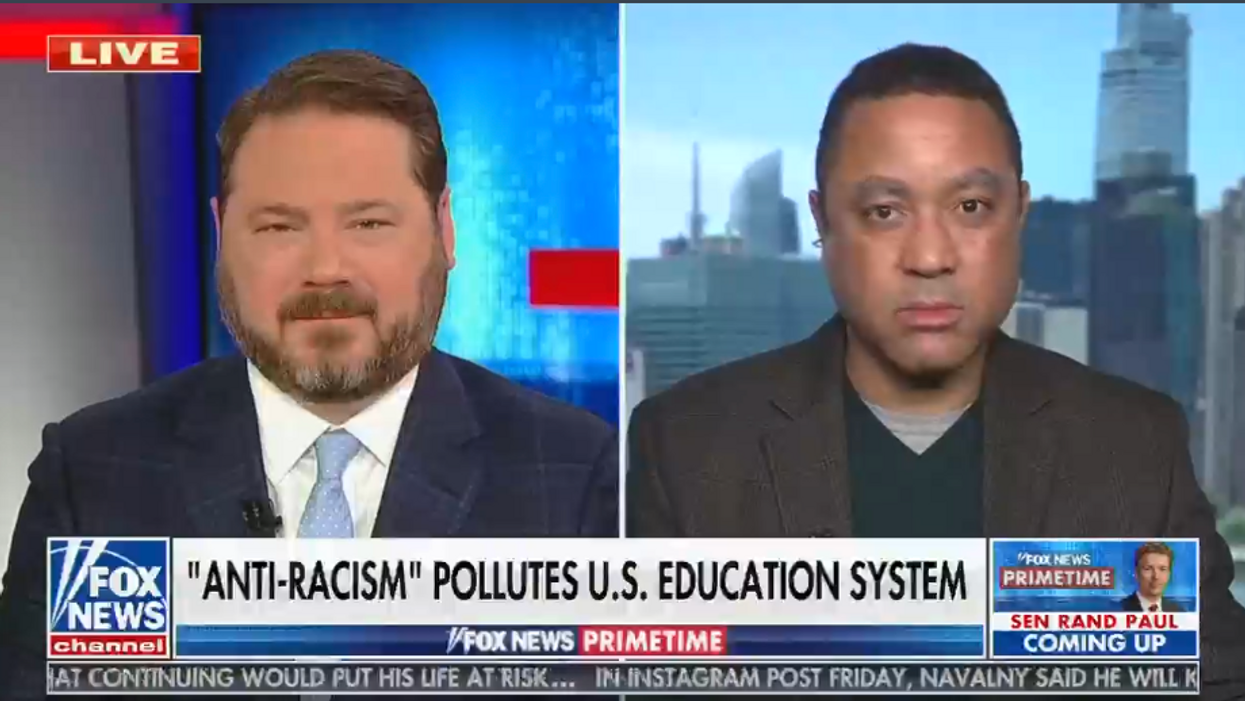 John McWhorter, a professor of linguistics at Columbia University, made several baffling claims Friday evening on Fox News' self-titled primetime show, including that "social justice" means, in part, that "Black people don't have to do math."

"These people I call the 'elect,' are pursuing social justice — They'll say, 'Aren't you in favor of social justice?'" McWhorter told host Ben Domenech. "But what they mean by 'social justice' is a world where, for example, Black people don't have to do math."

"That's not what most of us think of social justice as being," he continued. "And so the idea is not to get a little nervous and hide in the corner when they say that you're against social justice. Say, 'Yes, I'm in favor of social justice, but what you mean by it is something quite different.'"

The diatribe appears to be a reference to the subject of McWhorter's recent Substack newsletter, which carried the headline "Is it racist to expect Black kids to do math for real?" The piece focuses on an 82-page workbook published by A Pathway to Equitable Math Instruction, a group of mathematics educators, called "Dismantling Racism in Mathematics Instruction" — a workbook that is, apparently, used in one optional course available to educators in Oregon.

Among other things, conservatives took umbrage at sections that sought to reduce "the focus" on "getting the 'right' answer." The document reportedly generated a debate, prompting a response from the Oregon Department of Education in defense of the curriculum:

Cultural context is helpful for all of our students in learning. Not all tools provided by A Pathway to Equitable Math Instruction may make sense for each individual school; the content is simply to generate new ideas for engagement and strategies for educators.

The course was recently canceled, though the department did not cite a reason.

Fox News has been banging the culture war drum with special vigor recently, with hosts declaring, for example, that the U.S. isn't racist because of the election of President Barack Obama, the conviction of Derek Chauvin for the murder of George Floyd was an "attack on civilization" and "white supremacy is a hoax."

You can watch the video below via Media Matters: