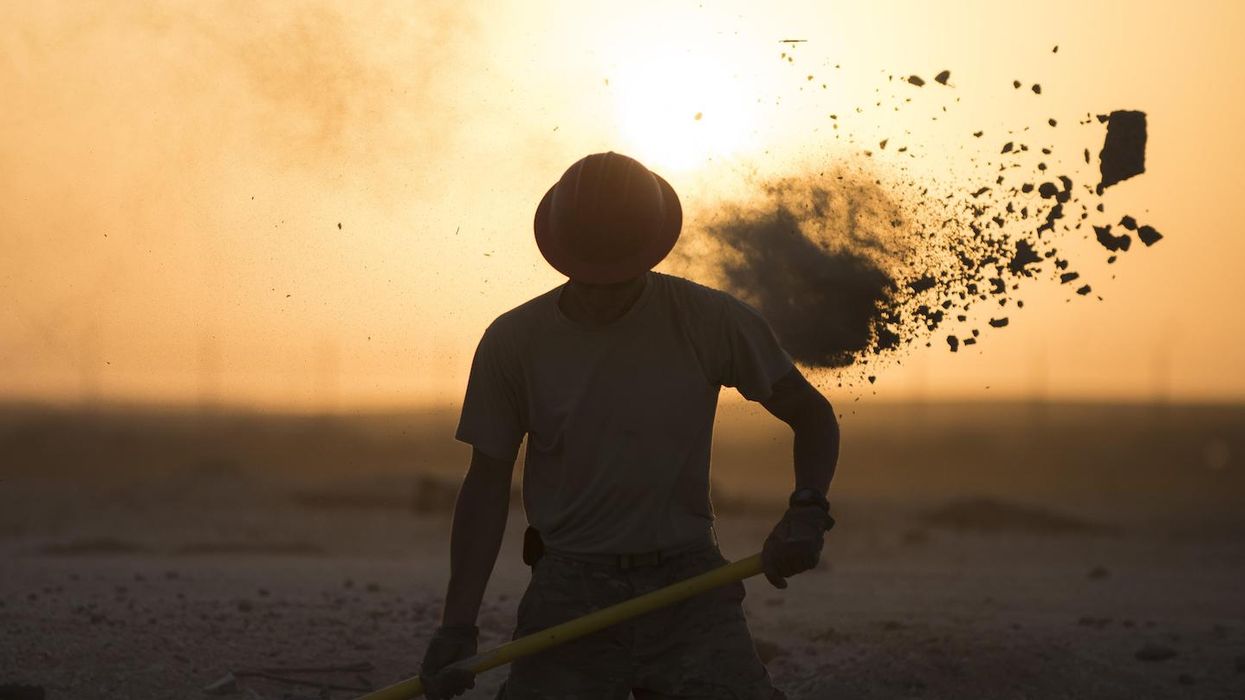 On the eve of Earth Day and the start of U.S. President Joe Biden's Leaders Summit on Climate, a group of 101 Nobel laureates published a letter urging world leaders and governments to "keep fossil fuels in the ground" as a critical first step toward addressing the climate emergency.

The letter—which was signed by Nobel peace, literature, medicine, physics, chemistry, and economic sciences laureates—notes that the climate emergency "is threatening hundreds of millions of lives, livelihoods across every continent, and is putting thousands of species at risk." It adds that "the burning of fossil fuels—coal, oil, and gas—is by far the major contributor" to the crisis.

Signers of the letter—who include Mairead Corrigan-Maguire, the Dalai Lama, Rigoberta Menchú Tum, Adolfo Pérez Esquivel, Jody Williams, and Muhammad Yunus—said that "urgent action is needed to end the expansions of fossil fuel production, phase out current production, and invest in renewable energy."

The burning of fossil fuels is responsible for almost 80% of carbon dioxide emissions since the industrial revolution. In addition to being the leading source of emissions, there are local pollution, environmental, and health costs associated with extracting, refining, transporting, and burning fossil fuels.

These costs are often paid by Indigenous peoples and marginalized communities. Egregious industry practices have led to human rights violations and a fossil fuel system that has left billions of people across the globe without sufficient energy to lead lives of dignity.

For both people and the planet, continued support must be given to tackling climate change through the United Nations Framework Convention on Climate Change and its Paris agreement. Failure to meet the Paris agreement's temperature limit of 1.5°C risks pushing the world towards catastrophic global warming. Yet, the Paris agreement has no mention of oil, gas, or coal.

Meanwhile, the fossil fuel industry continues to plan new projects. Banks continue to fund new projects. According to the most recent United Nations Environment Program report, 120% more coal, oil, and gas will be produced by 2030 than is consistent with limiting warming to 1.5°C. Efforts to meet the Paris agreement and to reduce demand for fossil fuels will be undermined if supply continues to grow.

The signatories urge world leaders to do the following "in a spirit of international cooperation":

"Fossil fuels are the greatest contributor to climate change," the letter concludes. "Allowing the continued expansion of this industry is unconscionable. The fossil fuel system is global and requires a global solution—a solution the Leaders Climate Summit must work towards. And the first step is to keep fossil fuels in the ground."

The Nobel laureates' letter comes two days after United Nations Secretary-General António Guterres warned that humanity stands "on the verge of the abyss" as the climate crisis pushes the world "dangerously close" to hitting the 1.5°C target limit of warming.

Guterres said that the world is "way off track" of the goal of reducing by 2030 global greenhouse gas emissions by 45% from 2010 levels and reaching net-zero emissions by 2050, which scientists say is necessary to avert the worst impacts of the climate emergency.