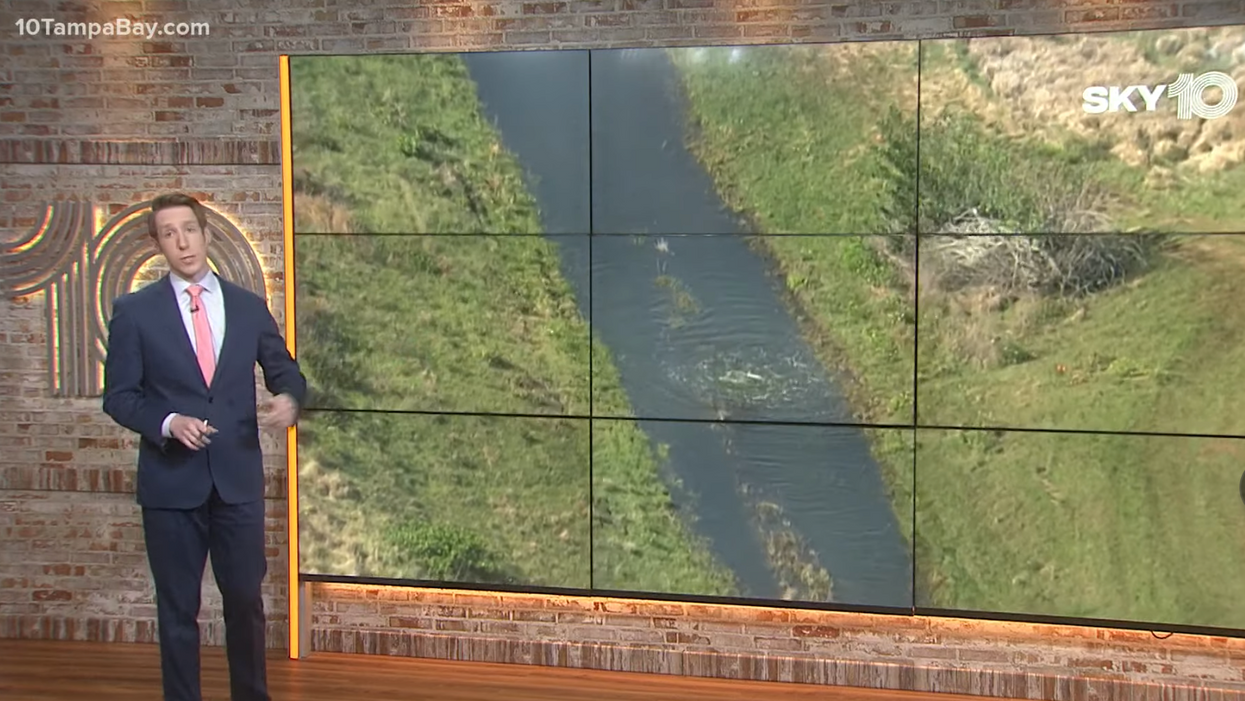 Florida workers over the weekend rushed to prevent the collapse of a reservoir wall containing hundreds of millions of gallons of wastewater from a defunct phosphate mine, a looming environmental catastrophe that prompted mandatory evacuation orders and a declaration of emergency by Republican Gov. Ron DeSantis.

A leak in the Piney Point reservoir was first reported late last month, sparking fears of a complete breach and possible upending of stacks of phosphogypsum, a radioactive waste product of fertilizer manufacturing. During a briefing on Saturday, a public safety official for Florida's Manatee County warned that "structural collapse" of the storage reservoir "could occur at any time."

To prevent a full-fledged breach and contain spillage, local work crews on Sunday continued actively pumping tens of thousands of gallons of toxic wastewater per minute into Tampa Bay. As The Guardian reported Sunday, Manatee County officials "warned that up to 340 million gallons could engulf the area in 'a 20-foot wall of water' if they could not repair" the leak.

Justin Bloom, founder of the Sarasota-based nonprofit group Suncoast Waterkeeper, said in a statement Sunday that "we hope the contamination is not as bad as we fear, but are preparing for significant damage to Tampa Bay and the communities that rely on this precious resource."

"It looks like this is turning out to be the 'horror' chapter of a long, terrible story of phosphate mining in Florida and beyond," Bloom added.

Aerial footage posted to YouTube by a local news outlet shows the leak at the Piney Point reservoir as of Sunday morning:

The Environmental Protection Agency said late Sunday that it is "actively monitoring the ongoing situation at Piney Point" and has "deployed an on-scene coordinator" to work with local officials.

Jaclyn Lopez, Florida director at the Center for Biological Diversity, said Sunday that the crisis was "entirely foreseeable and preventable" and cries out for immediate intervention by the federal government.

"With 24 more phosphogypsum stacks storing more than one billion tons of this dangerous, radioactive waste in Florida, the EPA needs to step in right now," Lopez said. "Federal officials need to clean up this mess the fertilizer industry has dumped on Florida communities and immediately halt further phosphogypsum production."