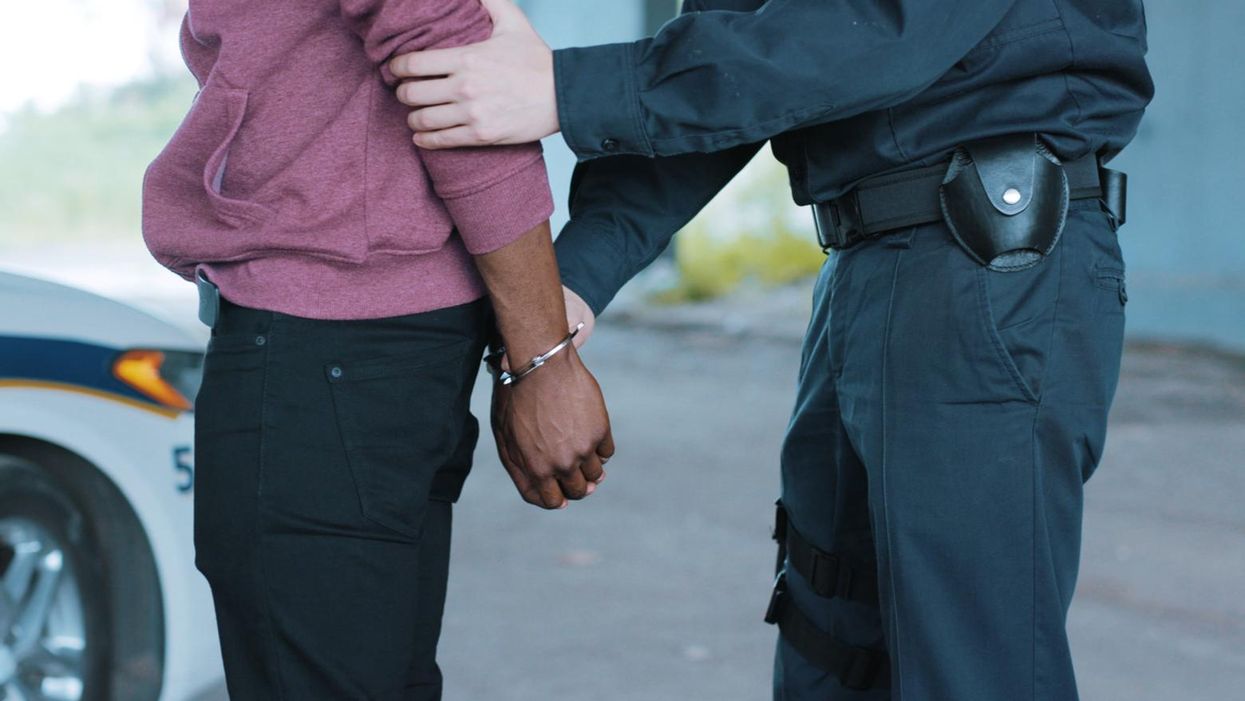 In recent months, as less and less white people support voter suppression and more and more people of color organize around gaining political power, our country has once again reached an inflection point. Republican operatives across the country, long pushing for voter suppression laws that target Black and Latino communities, have decided to be even more overt in their attempts at returning to a pre-Brown v. Board of Education, segregated America, where law enforcement can stop citizens from voting based on their skin color or perceived non-whiteness. The feeble excuse from conservative lawmakers and their handlers is that there is massive voter fraud taking place by Jews and Blacks Democratic demons. Of course, the great con here is that the people pretending that Democrats participate in massive voter fraud are usually the only ones guilty of actual elections fraud.

On Wednesday, a 28-year-old former Georgia sheriff's deputy pleaded guilty to possessing "unregistered firearms resulting from an FBI-led investigation into a violent extremist group," according to the Acting U.S. Attorney for the Middle District of Georgia Peter D. Leary. Cody Richard Griggers, an ex-Wilkinson County deputy, was fired in November after the FBI contacted his sheriff about an investigation the agency was conducting on Griggers. U.S. Attorney Leary released a statement saying "Griggers clearly violated his oath with his egregious actions and has no place in law enforcement." But what Griggers did wasn't simply "possess a cache of unregistered weapons, silencers, and a machinegun, keeping many of them in his duty vehicle." An investigation of Griggers by the FBI revealed ties to a group of racist pricks calling themselves "Shadow Moses" or "Shadmo." Griggers' texts and the claims he made in this group, from his position of power in law enforcement at the time, is the real—and frightening—story.

Griggers, a former Marine, is facing up to 10 years in prison for having 11 illegal firearms. But it is the nature of his violent, racist, and antisemitic texts that initially prompted his removal from the police force. According to the Belleville News-Democrat, some of the text threads include Griggers boasting, "I beat the (expletive) out of a (racial slur) Saturday. (Expletive) tried to steal (a gun magazine) from the local gun store. ... Sheriff's dept. said it looked like he fell." According to Wilkinson Sheriff Richard Chatman, who is Black, he had Griggers removed from duty when he was contacted with this information by the FBI. According to Sheriff Chatman, after investigating this claim he believes that Griggers was lying to the group in the text thread, as he could not find any evidence that this had happened. "We don't even have a gun shop here," he said.

And while that is the single silver lining here, Griggers' others statements reveal the true threats posed by white supremacists and our racism-infected law enforcement system. According to the News-Democrat, the affidavit highlighted Griggers' claims to the text thread group that he planned on violating the civil rights and liberties of Georgia's Black citizens, saying that he was planning on just arresting Black folks to trump up charges. "Also I'm going to charge them with whatever felonies I can to take away their ability to vote," he claimed.

The right wing of our country would like everyone to believe that the real domestic terrorism in our country is the Black Lives Matter movement, and anyone else demanding racial justice. Conservatives say that there is no such thing as systemic racism and anyone who says there is, is trying to replace white people of European ancestry with Marxism.* It's an old white supremacist belief that Jewish folks secretly rule the world and use Black people to destroy good old white folks. There was an entire war in Europe based on it back in the 1930s and 1940s.

There is a large conservative swath of the country that wants to say that there is no racism, and what racism there is is easily identifiable from filmed footage of KKK assholes dressed in white sheets and burning crosses, circa 70 years ago. There is an even larger swatch of conservative Americans that want you to believe that any discussions of racism and systemic racism in our country's institutions are a conspiracy by establishment liberal elites to control the populations in a reverse-style racism against white folks. While it is easy to laugh about how ridiculous these claims are around here, on a site based in discussions that use verifiably factual information, there is a large sector of the conservative media sphere that makes its money by promoting these racist delusions.

At their most benign, these delusions are offensive and hurtful and, given the long history of hate crimes, slavery, and violence in our country, traumatizing for millions of Americans. At their worst these delusions have led to the deaths and torture of millions of people over the last half-millennium. The hate and conspiracies pushed on the right to hide their guilt, shame, and intransigent immoral position have been used to kill millions of Africans during the Middle Passage, thousands of Black Americans post-reconstruction, millions of Jews in World War II, and thousands of modern-day American citizens by a white supremacist law enforcement apparatus that needs to be pulled out by its roots and reimagined with all Americans in mind.

*Karl Marx was ancestrally European Jewish by the way.