Watch: Father arrested for going over allotted time while testifying against Arkansas ban on trans healthcare 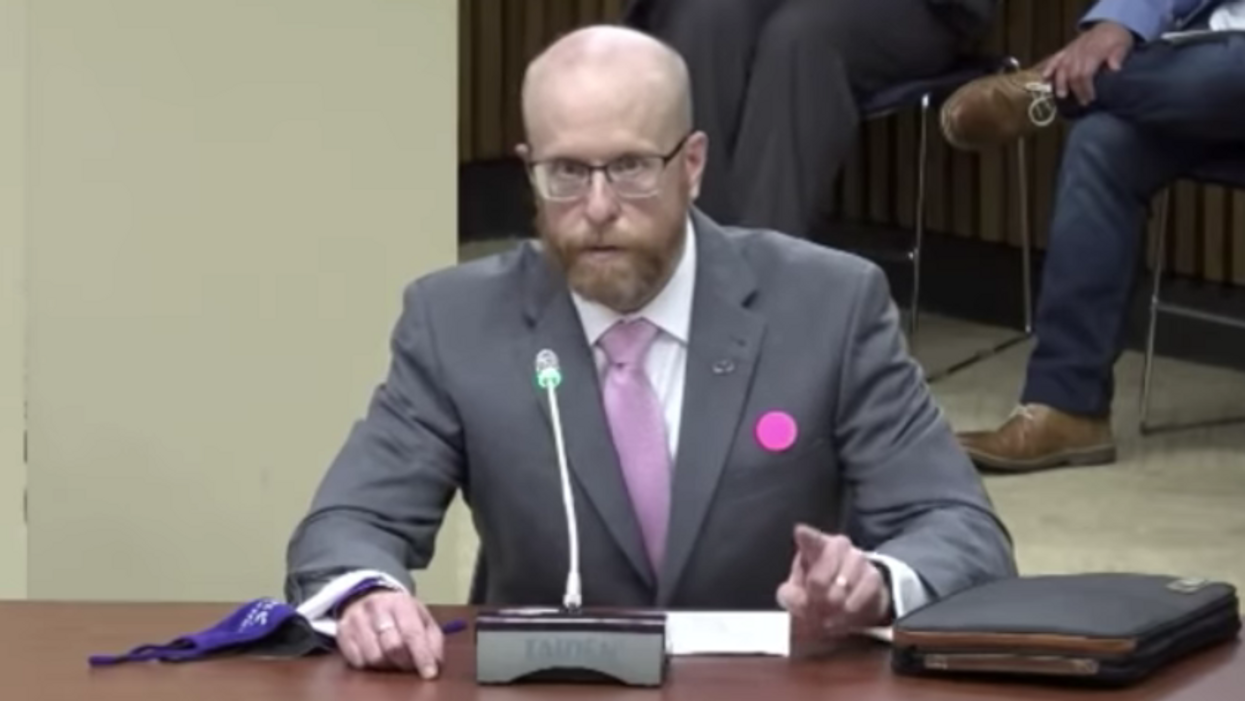 The concerned father of a transgender teenager in Arkansas was arrested while testifying in opposition to the state's anti-transgender healthcare bill. The reason for his arrest has sparked deep criticism of the state and its court system.

According to LGBT Nation, Chris Attig, 49 was arrested after going 30 seconds over his allotted amount of time to speak — despite members of right-wing organizations doing so with no consequences.

When Attig appeared before the Arkansas House during the hearing for H.B. 1570, he expressed concern about the state's bill as he defended transgender minors who may be in need of gender-affirming medical assistance like his son, now 22, did. The bill, also known as the "Arkansas Save Adolescents From Experimentation (SAFE) Act" aims to ban gender-affirming health care for transgender minors.

However, when Attig went over his time, local authorities quickly moved to apprehend him. "No matter what happens here today, you are loved," Attig said to trans youth as he spoke during his testimony. "You are loved."

"Your time is up," State Rep. Jack Ladyman (R) said as she interrupted Attig, who was approaching his two-minute mark. Attig continued in hopes of finishing the speech he'd written.

During an interview with Them.us, Attig shared his reaction to the treatment he received. "It was just shocked sitting there in jail thinking that this is what happens when you speak to people about how their proposed laws are affecting your children," Attig told the publication. "They don't want to hear it. They put you in jail."

Footage of Attig's arrest has been made public online. In the clip, Attig was dragged out of the legislative session. He also detailed his interpretation of the bill and what it really represents.

"Whether or not these laws are targeted at somebody above or below the age of 18, the singular message that they send is it is OK to bully and persecute people who are trans," he said. "It says, 'The legislature is doing it, why can't I?'"

Like Attig, healthcare providers have also expressed concern about the controversial bill. Dr. Michele Hutchison offered insight on how the bill is affecting parents and transgender children she cares for.

"My families are in a state of panic, asking what state should they move to, saying their child is threatening to kill themselves," Hutchison said. "They want to know what they should do next and we don't have a clear answer for them."