'Holy smokes': Capitol Police IG reveals there is no supervision over law enforcement agency's board 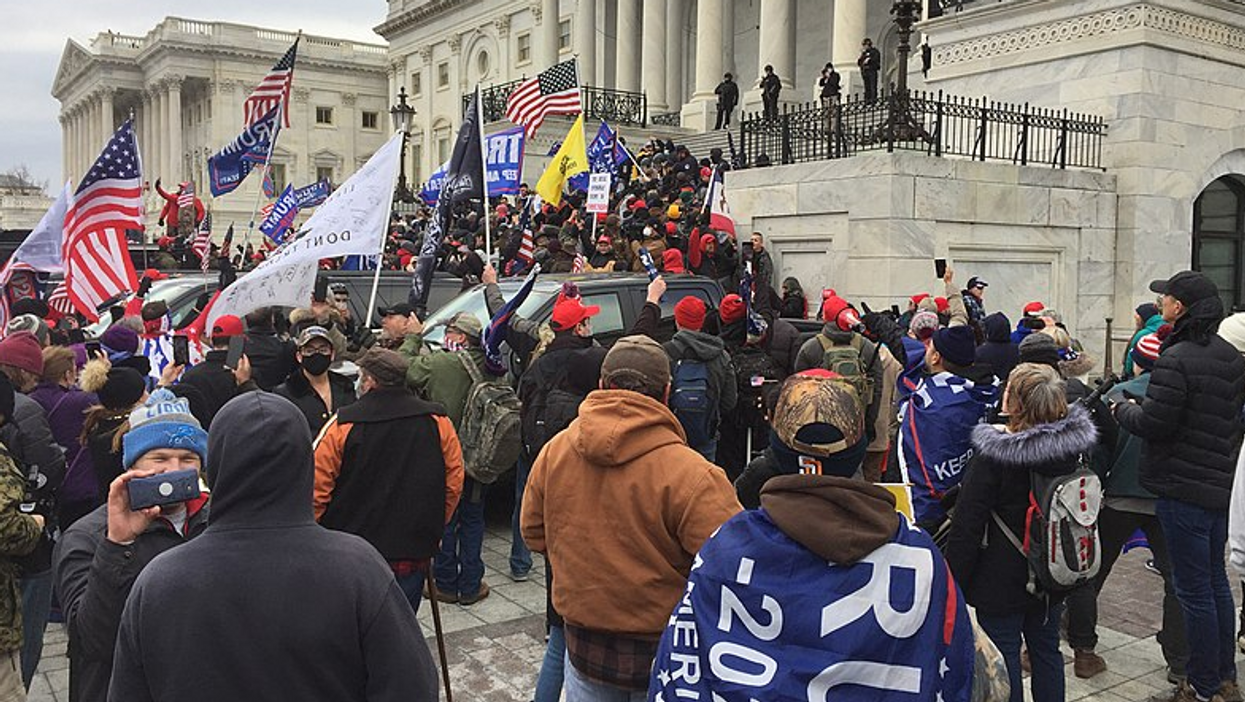 Crowd of Trump supporters marching on the US Capitol on 6 January 2021, ultimately leading the building being breached and several deaths.

As congressional leaders continue to dissect the events that transpired on Jan. 6, and the law enforcement agencies that responded to the deadly unrest that erupted on Capitol Hill that day, they have managed to uncover one startling revelation.

According to Talking Points Memo, the Capitol Police Board — the committee overseeing the law enforcement agency — has become a main focal point of contention.

During a House Administration Committee hearing held on Wednesday, April 21, Rep. Barry Loudermilk (R-GA) inquired the Capitol Police Board, asking the agency's Inspector General Michael Bolton which "entity" is in charge of overseeing it. To Loudermilk's shock and dismay, Bolton admitted that there is no entity for oversight.

"Actually, sir, I went back and tried to research that just for my own edification — I don't believe there is any actual oversight of the board," Bolton said.

"Hmm," Loudermilk responded, appearing to be taken aback by the admission. "That's interesting. I would guess if there's any oversight, it would be this committee."

Rep. Bryan Steil (R-WI) seemed to echo Loudermilk's reaction when he weighed in, exclaiming, "Holy smokes!" He added, "It's my opinion that this committee has a responsibility to oversee the Capitol Police Board, including those members appointed by Speaker Pelosi."

The shocking discovery serves as another indication of why the details surrounding the Capitol riots have been scarce. Despite the investigative roadblocks, lawmakers on both sides of the aisle are working to develop a more comprehensive report.

The publication notes that "Democrats want the commission to include in its investigation former President Donald Trump's conspiratorial lies that formed the basis for the attack, while Senate Minority Leader Mitch McConnell (R-KY) said this week that he'd want the commission to investigate "violent disturbances around the country last year," a reference to his desire to include Black Lives Matter protests in the probe."

The U.S. Department of Justice and Federal Bureau of Investigation (FBI) are both ongoing.