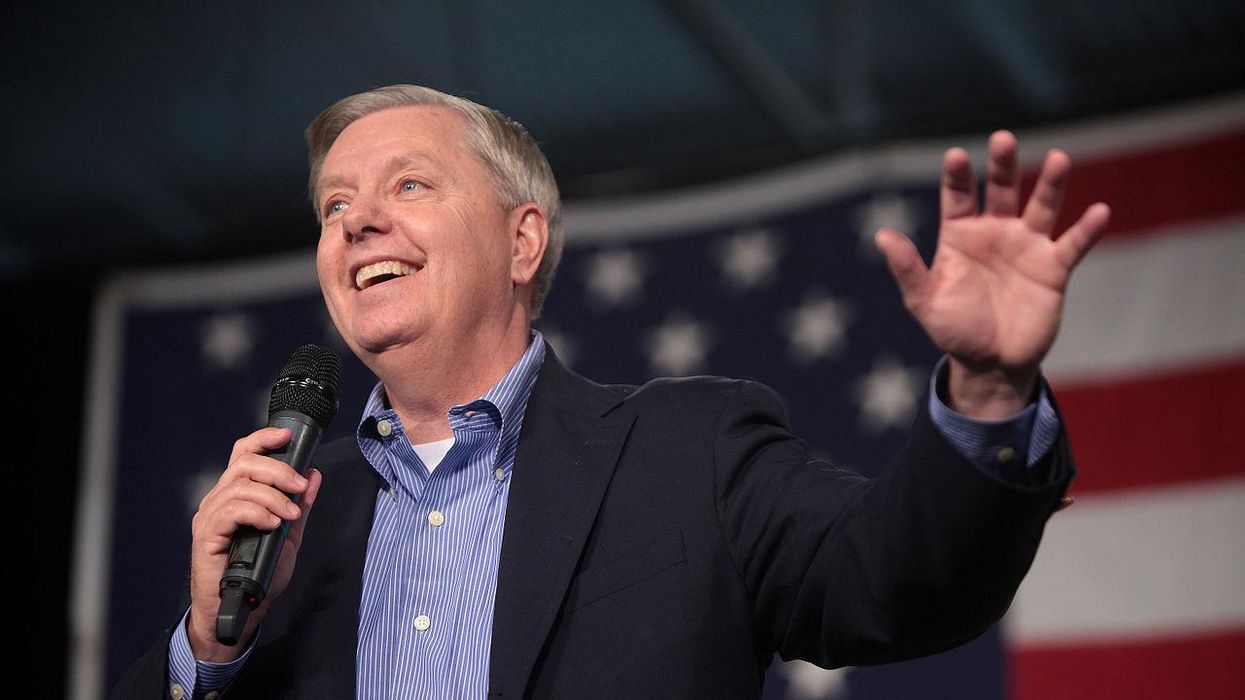 More often than not, Sen. Lindsey Graham of South Carolina is likely to agree with former President Donald Trump rather than President Joe Biden. But this week, Graham vehemently disagreed with Trump for saying some nice things about Biden's decision to withdraw all U.S. forces from Afghanistan by September 11 — which will be the 20th anniversary of the terrorist attacks on the World Trade Center and the Pentagon.

Trump planned to withdraw U.S. troops from Afghanistan by May 1 if he was reelected, and in an official statement, the former president criticized Biden for withdrawing four months later than he would have.

"We can and we should get out earlier," Trump said in his statement. "Nineteen years is enough. In fact, far too much and way too long."

Nonetheless, he shared Biden's basic aim. Trump wrote, "Getting out of Afghanistan is a wonderful and positive thing to do."

Trump criticized Biden's date for Afghanistan withdrawal but called it a "wonderful and positive thing to do." Lin… https://t.co/OjBTpKyEVV
— Andrew Solender (@Andrew Solender)1618800424.0

Graham, in an official statement of his own, slammed Trump on Monday for agreeing with Biden.

"I could not disagree more with former President Trump regarding his support for President Biden's withdrawal of all forces from Afghanistan against sound military advice," the South Carolina senator wrote. "With all due respect to President Trump, there is nothing 'wonderful' or 'positive' about allowing safe havens and sanctuary for terrorists to reemerge in Afghanistan or see Afghanistan be drawn back into another civil war."

Graham went on to say, "The intelligence regarding withdrawal is ominous for U.S. interests, and no one believes the Taliban can be trusted to police al-Qaeda and ISIS as envisioned by the Trump-Biden plan. We will see if 'General' Biden and General Trump's withdrawal strategy turns out to be sound national security policy."

Unfortunately for Graham, of the three men, all have run for president. And only Biden and Trump were elected to be commander-in-chief of the U.S. military — while the senator from South Carolina never came close.