The truth behind the rhetoric of Biden's first 100 days 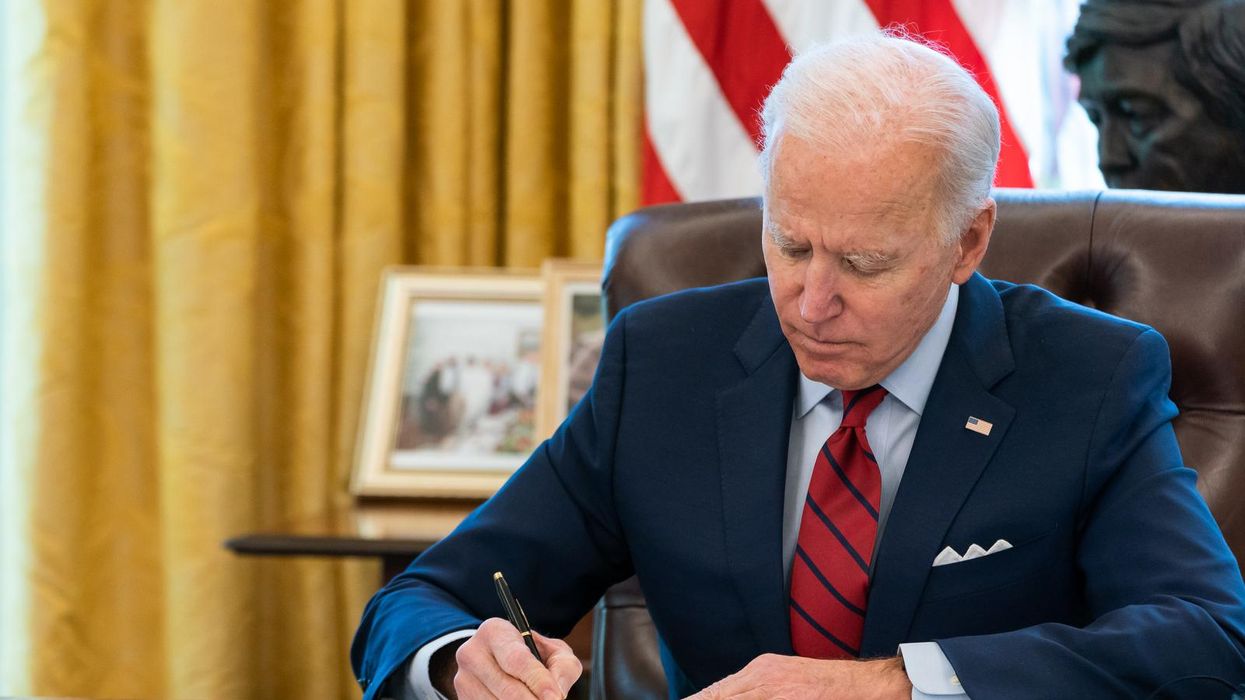 Who could blame United States President Joe Biden for celebrating the Perseverance mission to Mars? The February Rover landing is an irresistible symbol for Biden as he nears the 100-day mark of his presidency.

It's a multi-faceted symbol, in fact — it illustrates the fruits of scientific research to counter the skepticism encouraged by his predecessor, Donald Trump, along with the rewards of allied co-operation after four years of mauled multilateralism. The mission's very name conjures the new president's own long struggle to reach the White House.

The real work of the Perseverance mission is just beginning, however — with touchdown followed by the gathering of rocks for painstaking analysis. There is symbolic relevance here too. It is early days in the Biden administration, and emerging words and actions provide only a preliminary sense of what the next four years have in store – a sense as incomplete now as that offered by the first Rover pics from the Jezero Crater.

On foreign policy, however, the picture is less clear. The early evidence is suggestive, but ambiguous to the point of being conflicted.

On one hand, there is messaging about a clear break from troubling Trump policies. Biden and Secretary of State Antony Blinken have pledged to re-invigorate the State Department so that diplomacy can be the “tool of first resort."

They've backed this up by announcing the full withdrawal of U.S. forces from Afghanistan and ending support for offensive operations in Yemen, terminating the “Muslim travel ban" and recommitting to multilateral initiatives like the Paris Climate Accord and negotiations with Iran.

But spurning Trump's bull-in-a-china-shop approach doesn't mean there aren't some worrisome signs from the Biden administration. “America is back," Biden has said repeatedly, but is that automatically a good thing (as Stephen Wertheim insightfully asked in the New York Times)?

The return of a George W. Bush-style Iraq disaster would hardly be welcome, for example, nor would Barack Obama's attempt to ride to the rescue in Libya.

Biden and Blinken, in fact, helped to shape pre-Trump global policies, especially in the Obama years. Will they have learned enough from past experiences to “build back better," to borrow a phrase not routinely applied to foreign policy? It's unclear, particularly given recent rhetoric.

Some language is encouraging. Blinken's mantra, for instance, has been that “humility and confidence" should be the “flipsides" of American leadership. But what about the assertion in the early pages of the Biden administration's Interim National Security Strategic Guidance that “America is undaunted?"

Being at least somewhat daunted might be desirable, given past mistakes and consequences.

And what about Biden's repeated article of faith that “this country can do anything," – or his remarks to the Munich Security Conference that “we can own the race for the future?" Specific references to China are especially noteworthy, as in the interim guidance document's contention that the United States can “prevail in any strategic competition with China."

“Prevail" is a somewhat loaded word, often implying a determination to defeat an adversary — especially when considered in tandem with the militant imagery of Biden's justification for finally withdrawing from Afghanistan:

“You know, we'll be much more formidable to our adversaries and competitors over the long term if we fight the battles for the next 20 years, not the last 20."


Such phrasing might simply be typical of a new president's cheerleading, a few patriotic sparklers being waved to rally public support. Alternatively, the words might signal countervailing thoughts and emotions — indicators, among other things, of a potentially troubling streak of nostalgia in the new administration.

For many, after all, four years of Trump trauma generated a longing for the “good old days." Sometimes this meant a yearning for the grace, eloquence and decorum of the Obama presidency. But for some it meant a desire to return to the kind of power, wealth and prestige that the U.S. had basked in during the mid-20th century.

Having beaten the Depression and triumphed in the Second World War, the so-called “greatest generation" had launched what was expected to be the “American Century." Vietnam and the Civil Rights movement tarnished that vision in the 1960s, with social unrest, race riots, assassinations and shifting global economic currents, leading to Jimmy Carter's 1979 televised “malaise" speech and the “morning in America" hopes of the Ronald Reagan years.

Another round of severe damage to American pride and optimism came with the 9/11 terrorist attacks, the subsequent war in Iraq and the recession of 2008-2009. And yet, the glow of earlier times retained seductive power.

Nostalgia is an inevitable component of human emotion. It can be innocuous, even sweetly innocent. It can also be problematic, even dangerous. If it veers into what psychologists describe as “loss aversion," nostalgia can be seriously counter-productive by making “losses loom larger than gains" in decision-making.

For governments, this can lead to resistance to adjusting to change, tendencies to throw new resources at lost causes and an appetite for risky behaviour. A preoccupation with holding onto prized positions or possessions also severely hampers using creative thinking and innovation to move forward.

The (human) nature of realism

Although Biden has been described as a “pragmatic realist," similar leaders have let anxieties spurred by fading glories interfere with prudence.

Richard Nixon and Henry Kissinger — avatars of realpolitik in foreign policy — could not avoid tugs of war between cool-headed, even cold-blooded intentions and nostalgia. Appreciating the need to adjust to changing global politics, they built closer ties with the People's Republic of China and a détente with the Soviet Union. Yet Vietnam revealed how emotions can get in the way: attached to a sense of American greatness that emerged during the Cold War, they tragically persevered and expanded the losing venture.

Like Nixon, Biden will be running risks if “loss aversion" affects his desire for prudent policy-making. Neuroscience now tells us that a sharp dividing line between presumably questionable “sentiment" and theoretically admirable “rationality" does not exist. This means that the challenge for policy-makers, like all human beings making decisions, requires being sufficiently aware of the complexities of perception and response to maintain a safe and effective balance.

Watchful perseverance will be needed to see how well such a balance will be achieved in the Biden presidency.