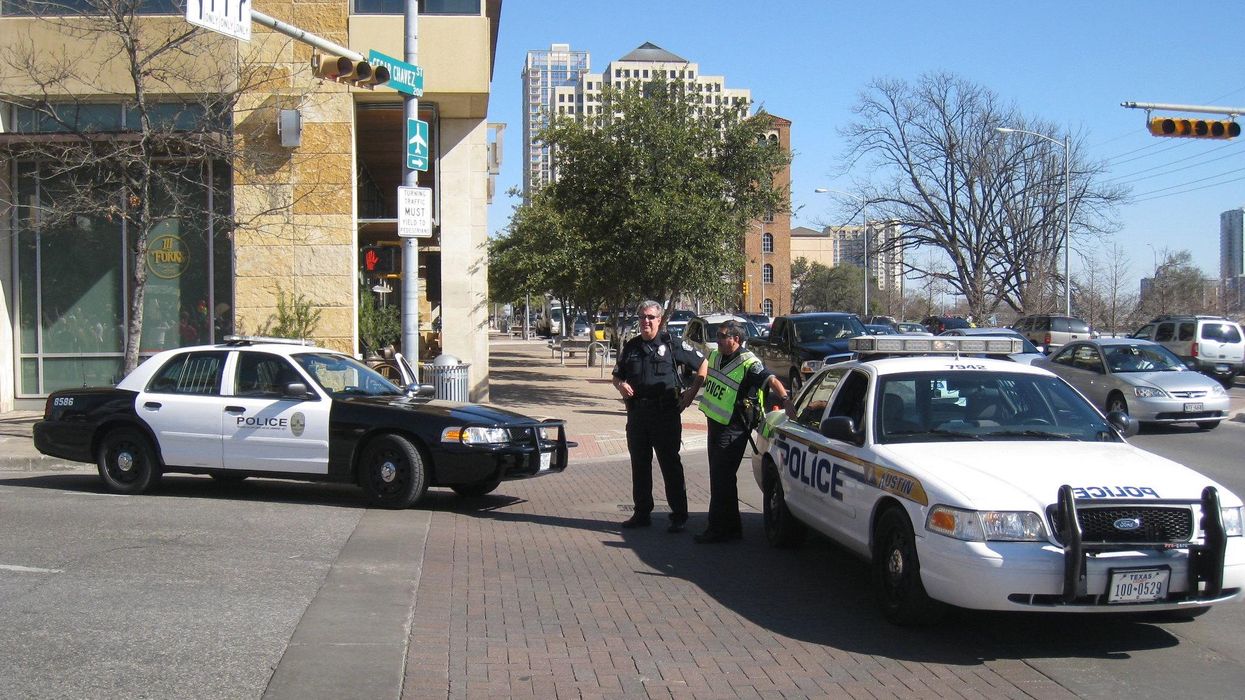 Police at Austin March Against Hate

Homelessness in the U.S., which was already on the rise prior to the COVID-19 pandemic, increased in 2020, exacerbated by the economic realities of the pandemic. Austin, Texas, is no exception, with an estimated 11 percent increase in homeless people counted in the city and Travis County between 2019 and 2020, according to the point-in-time (PIT) count reported in the Austin American-Statesman. Of Austin's population of roughly 1 million, an estimated 2,500 people experience homelessness on any given night, according to the 2020 PIT count. Austin City Council member Gregorio Casar says this is a number "a community of [more than] a million folks should be able to care [for]."

In an effort to do so, the city of Austin has been purchasing underutilized hotels and transforming them into housing and services for people experiencing homelessness. In a February 4 meeting, the Austin City Council approved the purchase of a fourth hotel—which will provide 150 new homes to the homeless population in the city. Casar says the city plans to move forward on purchasing a fifth and a sixth hotel in the future.

"We have found sufficient resources in the city budget to acquire more hotels because we really believe that it's a strategy for significantly reducing homelessness in the city," he says.

In addition to providing long-term and transitional housing to people experiencing homelessness, the hotels purchased by the city will also provide supportive services, including mental health services, trauma services and job services.

"We are working with trusted community groups and nonprofit organizations to provide services at the hotels because we know that there are lots of folks who have experienced real trauma while living on the street and who need support so that their homelessness can permanently end," Casar says. "And then there are lots of other folks who just need a connection to a job and a stable address for a while so that they can get back on their feet."

According to Tara Pohlmeyer, communications director for Council Member Casar, Integral Care and Caritas of Austin have submitted letters of interest in operating the hotels and providing services, and the Homeless Services Division (HSD) anticipates negotiating a contract with a service provider/operator for each hotel in April.

He says while shelters provide an important service, oftentimes, they're just temporarily addressing the issue. The plan for the converted hotels is for them to serve as a more permanent housing solution, to address the real needs of each person they house.

"That's the way that we can reduce the amount of homelessness in the city, instead of just sort of hiding it, or moving [the homeless population] around while the numbers grow," Casar says.

To pay for these supportive services, the city will reallocate dollars originally assigned to the police budget, as part of its project to reimagine safety, in response to the Black Lives Matter (BLM) movement and public demand. Funding for operations and services of the hotels will come from Austin Public Health, using a portion of the additional $6.5 million added to the Fiscal Year 2021 budget to address homelessness during the city council's efforts to reimagine public safety.

"We have never had so many people engage in local government before [the BLM movement]," he says. "There were tens of thousands of people that contacted my office alone. In the weeks of protest over the summer [in 2020], we had hundreds of people testifying at city council meetings, for hours, about the changes that they were calling on us to make. I think that was really important. It shifted all of our perspectives. The community here in Austin is calling on us to be real leaders for our community and for people across the state and across the country. Austin, I think, actually responded to the call to transform police budgets in a way that very few cities across the country did."

Casar says while cities often have the dollars to make the capital investment in property to house the homeless, the long-term funding for operating those buildings and providing supportive services tends to be the challenge. He says prior to last summer's BLM movement, which pressured cities across the nation to reallocate police funds into supportive services, one of Austin's greatest challenges regarding homelessness was related to finding that long-term funding.

"The dollars from the police budget are going to provide the services and operate the hotels," he says. "No matter how many changes I and some others have tried to make to the budget in years past, we've, oftentimes, struggled to make really transformative change because so many dollars get wrapped up in the police budget. This last year, there was finally an opportunity for us to rethink that budget and recognize that we were spending so many dollars on jailing folks experiencing homelessness and policing people experiencing homelessness—but that actually doesn't reduce homelessness."

Between the four hotels the city has purchased, there are about 300 rooms, some of which might be able to house a couple of people, and many of them just a single person. The plan is for the city to continue to purchase additional hotels and expand the programs offered, Casar says.

"We have to pull hundreds of people off the streets this year," Casar says. "I think that would make a really significant difference."

The extreme winter weather experienced in Texas through February and March makes the need to provide safe shelter and supportive services for people living on the streets all the more urgent.

"In a city as prosperous as Austin, no one should have to live on the streets, period. That became even more clear as we saw folks still sleeping out under bridges when we knew that zero-degree temperatures were coming—and sometimes there were hotels or lit-up buildings right across the streets where they could have safely stayed," Casar says. "It's clearly already so dangerous to live outdoors and without a home, and these extreme weather events make it even more clear why we can and should reorganize our resources and our priorities to make sure that everybody has a place to lay their head at night that is safe."