Why one anti-trans bill went too far for Republican Gov. Asa Hutchinson 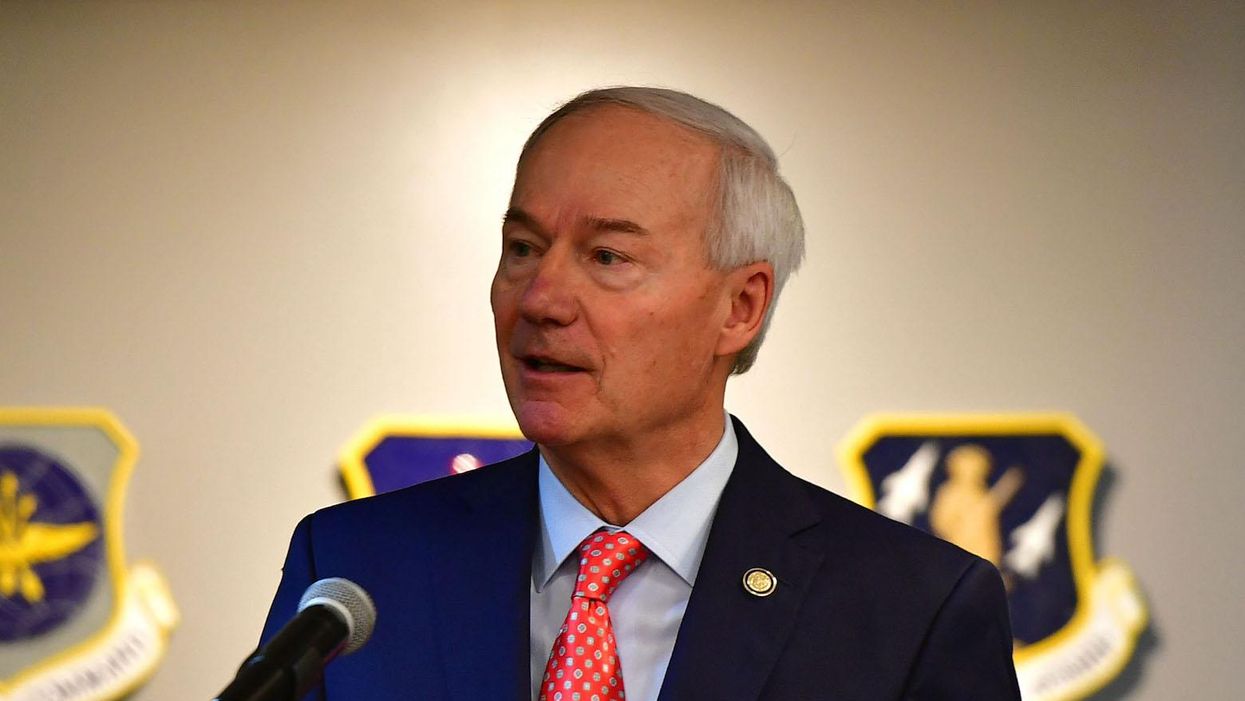 Gov. Asa Hutchinson speaks to Team Little Rock members during a quarterly community council meeting at Little Rock Air Force Base, Arkansas, Aug. 13, 2019. During his remarks, Hutchinson, who is serving his second term as governor of Arkansas, discussed efforts to improve quality of life for military members and their families.

Arkansas Gov. Asa Hutchinson vetoed Monday an anti-trans bill passed by an overwhelming majority. The Republican had already signed a bill banning trans girls from athletic competition against other girls, and one affirming the right of healthcare professionals to refuse treatment for moral or religious reasons. But HB 1570, which would have banned gender-confirming treatments for minors, was "indefensible."

First, we should stipulate that the surge in anti-trans legislation is a national phenomenon. None of this stuff was written in Arkansas. Dozens of state-level bills introduced in the aftermath of the 2020 election were written from cookie-cutter legislative templates originating from the American Legislative Exchange Council (ALEC for short), a 501(c)(3) founded at the dawn of the culture wars in 1973.

Legislation and ballot initiatives defending traditional views of sex and gender have historically whipped up the conservative base. Since 1985, ALEC has been well-known for drafting legislative templates that seek to put a brake on expanding LGBTQ civil rights and liberties. In a memo the organization has since disavowed, articulating homosexuality as a choice linked to predatory sexual behavior and pedophilia.

Although it does not embrace gay rights, ALEC does not overtly oppose them either. Instead, the organization preserves traditional stances on gender, sexuality and family by elevating "moral conscience" and "protection." This is what may have put trans girls, even more of a minority than LGBTQ adults, in the organization's crosshairs.

This shift followed Obergefell, the 2015 Supreme Court ruling that legalized gay marriage across all 50 states. The conservative backlash was swift. By February 2016, the Human Rights Campaign identified an "unprecedented onslaught of legislation … targeting transgender children." More than 40 bills were introduced in two years.

Following the 2020 election, conservative legislators in multiple, mostly red, states introduced a blitz of anti-LGBTQ legislation. Sixteen establish the right of health care, clerical and government workers to refuse services on the grounds of moral conscience or faith. Three times as many prevent minors from gender confirmation treatments; and from athletic competition against, or sharing bathrooms with, other girls.

These bills present themselves as acts of conscience and fair play. Echoing the language of the anti-gay Save Our Children campaign, they "save" kids from harms inflicted by adults. The "Save Women's Sports Act" proposes to preserve female athletes from someone who, in the words of one advertisement, "claims to be a girl, but was born a boy." The "Save Adolescents from Experimentation Act" reinforces science skepticism, implying that gender confirmation care is untested and risky.

Bodies are not the only reality conservative lawmakers are concerned about: keeping conservative voters attached to emotionally-charged cultural issues energizes them. Yet only 24 percent of Americans now believe that homosexuals do not deserve rights and equal treatment. Over half of Christian millennials support gay equality.

Even anti-trans bills can be toxic. While easy to pass in red states, they are a liability for any governor aspiring to recruit the corporate donors necessary to running for national office. Gov. Kristi Noem of South Dakota threaded this needle. A potential 2024 Republican presidential candidate, she vetoed an anti-trans sports bill opposed by the NCAA and by corporations. Noem then issued her own executive orders restricting women's athletics to those whose female gender is "reflected on their birth certificate or affidavit provided upon initial enrollment." That appears tough, but because birth certificates can be changed in many states, it creates a legal window.

Asa Hutchinson may have been in a similar position. In a public statement, he explained the bill banning gender confirmation treatment was "overbroad, extreme," and failed to "grandfather those young people who are currently under hormone treatment." It was also government overreach, the governor said: "The state should not presume to jump into the middle of every medical, human and ethical issue."

Cannily, Hutchinson supports conservative principles while avoiding conflict with a Biden administration determined to legally expand transgender protections. While affirming gender difference, he has also distanced himself from the anti-science wing of the GOP by subtly admitting that gender dysphoria is, in fact, a fact, not a feeling.

Finally, by gesturing to the privacy of the doctor-patient relationship, he has signaled support for another sexual right, one that white suburbanites value most: access to legal birth control and abortion. Hutchinson signaled that his support for a more moderate Republican when he declared he could not support another Trump candidacy. Now he has raised another question: Is he supporting himself in 2024?