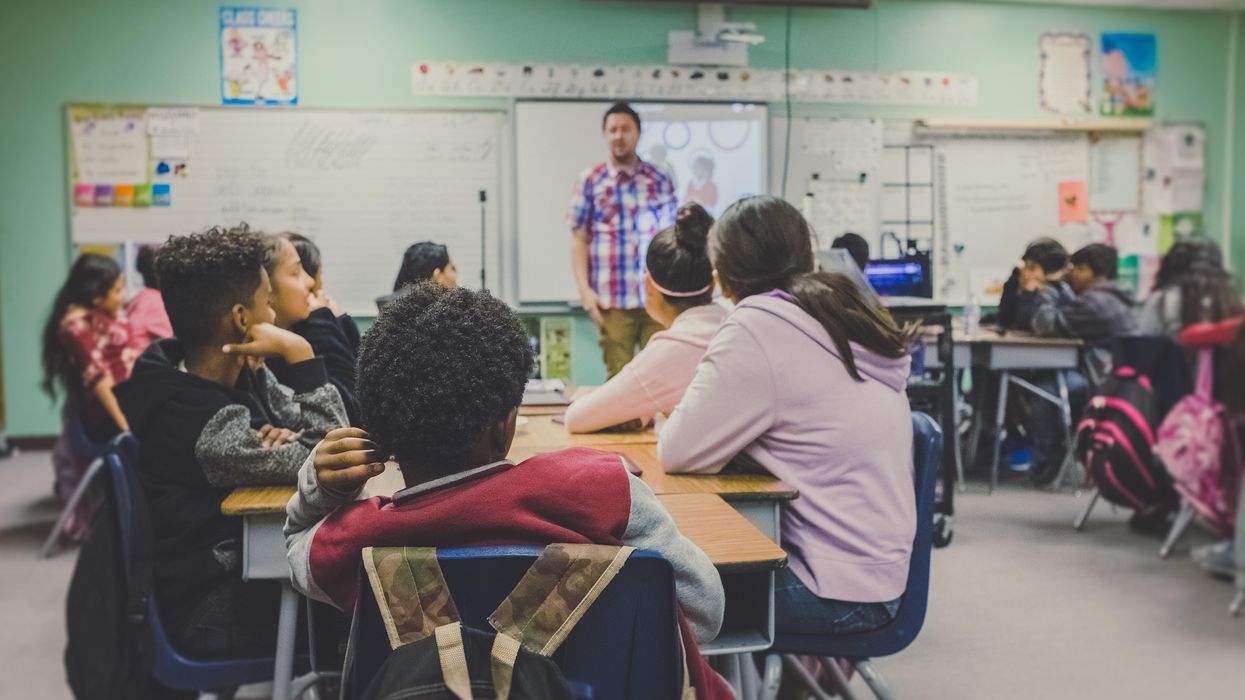 On Monday, legislators introduced a bill to the North Carolina Senate that would not only ban health care for trans people under 21. It would require schoolteachers to "out" students to their parents if they say they're trans, or if they exhibit, according to the bill's text, "symptoms of gender dysphoria, gender nonconformity, or otherwise demonstrate a desire to be treated in a manner incongruent with the minor's sex."

While SB514 is unlikely to become law, it is among items on a wishlist for the most extreme anti-trans activists. The gender nonconformity proviso shows that the aspirations of the anti-trans movement go far beyond banning gender-affirming health care for minors. They seek nothing less than to give agents of the state the power to determine what constitutes "normal" or "appropriate" gender expression. The law gives teachers carte blanche to decide based on their own views, whims and prejudices. Boys who wear sparkles and girls who wear camo could find themselves written up.

Anti-trans activists claim they are champions of parents' rights to raise their children as they see fit. But bills like this one show that the commitment only goes as far as parents who already buy into their rigid model of child-rearing. This bill would take away the rights of parents who want to support their kids through medical transition.

The modern anti-trans movement is a lopsided alliance between religious conservatives and certain self-proclaimed radical feminists. It recalls the 1970s and 1980s when feminists and the religious right found a common cause in the fight against pornography. The radical Women's Liberation Front (WoLF) has co-authored anti-trans literature with a local affiliate of the evangelical group Focus on the Family. The factions attend each others' conferences. The Heritage Foundation even quotes radical feminists like Janice Raymond approvingly in anti-trans position papers.

Radical feminists are very much the junior partner. The religious right brings most of the power, money and people to the fight. However, these radical feminists, known derisively as TERFs (short for trans-exclusionary radical feminists), are useful for recasting anti-trans rhetoric in a form that's palatable to secular, liberal audiences.

As trans people gain visibility and acceptance, the anti-trans movement is fighting a losing battle. Anti-trans messaging is an increasingly desperate attempt to answer a simple question: What's it to you? Why should you, the American voter, give a damn how someone else's pronouns relate to their genitals? The anti-trans movement's rhetorical solution has been to present trans people as threats. So-called "bathroom bills" were an attempt to present trans people as threats to the safety of cis women. Proponents portrayed trans women as sexual deviants who wanted access to "women's spaces" for nefarious reasons. The great bathroom bill push failed in large part because a preoccupation with the genitals and bodily functions of strangers seemed creepy. Also, as the average person's understanding of trans women expanded to include women like Caitlyn Jenner and Laverne Cox, the stereotype of the predatory trans woman has become less credible and therefore less useful as a political weapon.

Undeterred, the anti-trans lobby has found new hypothetical victims to defend: the children. They argue that most children who say they're trans are mostly gender nonconformists and budding gays and lesbians, who will eventually grow out of their gender dysphoria if left alone. These kids are supposedly at risk of being talked into unnecessary body modifications by "the trans lobby." (It's hard not to hear echoes of the old homophobic propaganda about gays and lesbians "recruiting" children.)

TERFs raise the specter of cis tomboys resorting to testosterone and mastectomies as a capitulation to gender stereotypes that say they can't be themselves and still be women. Sounding more like the World Wildlife Fund than social activists, these radical feminists, so-called, condescendingly warn that butch lesbians are an "endangered species" at risk of "going extinct" due to gender transitions. The recent flurry of legislation that aims to ban trans girls from girls sports is yet another example of anti-trans activism positioning trans people as a threat to cis children.

TERFs want us to see a zero-sum game in which the well-being of gender non-conformists and sexual minorities is set against that of trans people. They want us to believe expanding access to transition-related health care for kids is another way of pressuring gender nonconformists. The North Carolina bill shows why this argument is fallacious. The religious conservatives, who wield most of the power in the anti-trans coalition, aren't content with banning trans-affirming health care for youth. They want to give teachers to decide what constitutes "gender nonconformity." This is tantamount to giving state sanction to gender stereotypes. If kids don't conform to a teacher's idea of what is masculine or feminine, they'd be exposed to their parents. Such reporting could endanger kids, as some parents police gender norms violently.

The interests of gender-nonconforming cis people and those of trans people are not diametrically opposed. Expanding the rights of one group doesn't penalize the other. TERFs are presenting a false zero-sum game to scare progressives into backing off their support for trans kids and their families. The North Carolina bill shows the real agenda of the anti-trans coalition: empowering agents of the government to help conservative parents maintain a stranglehold over their children's gender expression.