Here's why 'anti-corporate rhetoric'  from Republicans is a 'hollow' sham: critics 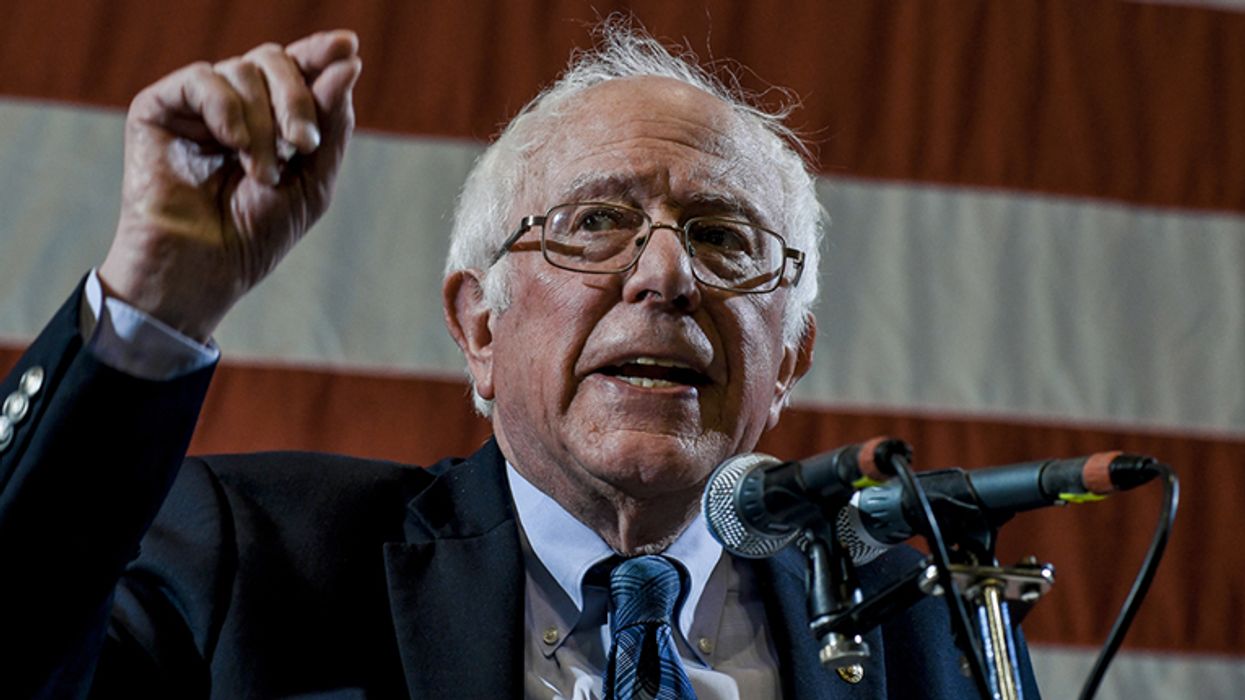 The Republican Party has a long history of worshipping corporate power, but in recent months, Trumpified Republicans have frequently railed against corporate America — whether they are claiming that big tech discriminates against Republicans or slamming Georgia-based companies that are speaking out against the Peach State's new voter suppression law. Critics of the GOP, however, aren't fooled by this Trumpian pseudo-populism, including Sen. Bernie Sanders of Vermont and The Atlantic's John Serwer — both of whom are warning that the GOP is still the party of the rich and the affluent.

Interviewed by MSNBC's Chris Hayes on April 5, Sanders found it laughable that Senate Minority Leader Mitch McConnell is urging corporate CEOs to stay away from politics. The self-described "democratic socialist" and former 2016/2020 presidential candidate told Hayes, "Imagine that: after a trillion dollars of tax breaks for large corporations, lowering the corporate tax rate — after protecting the pharmaceutical industry for charging us, by far, the highest prices in the world for prescription drugs — Mitch McConnell and his friends are very upset that some corporations are now saying that it is an outrage that, in Georgia, they are trying to destroy democracy."

McConnell, upset because major Georgia-based companies like Delta Airlines and Coca-Cola are coming out against the Peach State's new voter suppression law, told reporters, "My warning to Corporate America is to stay out of politics…. I'm not talking about political contributions."

In response, the group Public Citizen humorously tweeted, "If Mitch McConnell wants corporations to 'stay out of politics', he is going to be furious when he finds out about Citizens United."

In 2010, McConnell applauded the U.S. Supreme Court's ruling in Citizens United v. Federal Election Commission — which defined huge campaign contributions as a form of free speech and declared that corporations should be free to donate as much as they want to candidates.

Serwer, in an article published by The Atlantic on April 6, stressed that CEOs of huge corporations are hardly becoming "woke" to the degree that Republicans are claiming.

"The union drive at Amazon provides an example of the hollowness of Republican anti-corporate rhetoric," Serwer explains. "Warehouse workers in Bessemer, Alabama, are seeking better pay and working conditions, which are famously abysmal. Republican Sen. Marco Rubio of Florida wrote an op-ed supporting the drive on the grounds that 'companies like Amazon have been allies of the left in the Culture War'…. The trade that Republicans are offering corporations is clear: If they want to keep their sweet tax breaks and permissive regulations, they need to take the right side in the Culture War."

Serwer argues that the Republican Party —for all its anti-corporate rhetoric in 2021 — is still the same anti-union, anti-working class party it has long been.

"The Republican anti-corporate turn is entirely superficial," Serwer writes. "That's a shame, because the concentration of corporate power has had a negative effect on American governance, leading to an age of inequality in which economic gains are mostly enjoyed by those in the highest income brackets."