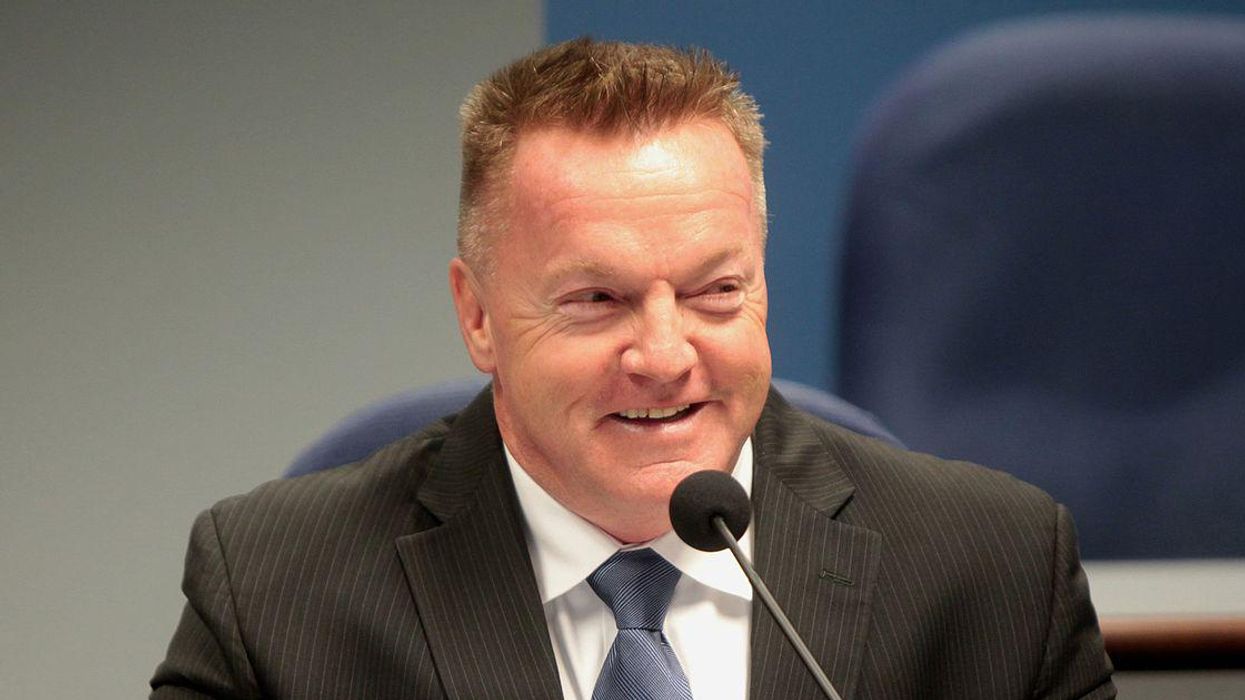 This week, Arizona has had a blatantly partisan, Republican-inspired 'audit' of Maricopa County's votes in the 2020 presidential election. And one of the people seen counting ballots, according to reporter Brahm Resnik, was former Arizona State Rep. Anthony Kern — a far-right Republican who was in Washington, D.C. on January 6 for former President Donald Trump's infamous "Stop the Steal" rally.

The recount in Maricopa County, which includes Phoenix, was ordered by Republicans in the Arizona State Senate and has been conducted by the Florida-based firm Cyber Ninjas — with One America News, a cable channel that prides itself on being to the right of Fox News, handling the livestream. Arizona Democrats have been slamming the recount as a pointless farce, noting that the election results in that state were certified by conservative Republican Gov. Doug Ducey last year and were already verified repeatedly.

In other words, now-President Joe Biden's victory over Trump in Arizona was thoroughly vetted and settled. Regardless, Republicans in the Arizona State Senate wanted another audit more than five months after Biden won the state.

On Friday, Resnik — who is with KPNX-TV, the NBC affiliate in Phoenix — tweeted:

AZ Central previously reported Kern's appearance at the steps of the Capitol on Jan. 6.

Trump is not the only Republican who was voted out of office in November 2020: Democrat Judy Schwiebert defeated Kern and has been serving in the Arizona House of Representatives since January 11.

Here are some reactions to Resnik's reporting:

@brahmresnik Remarkable and infuriating how this somehow becomes even more of an undemocratic clown show with each passing day.
— ML3 (@ML3)1619811161.0