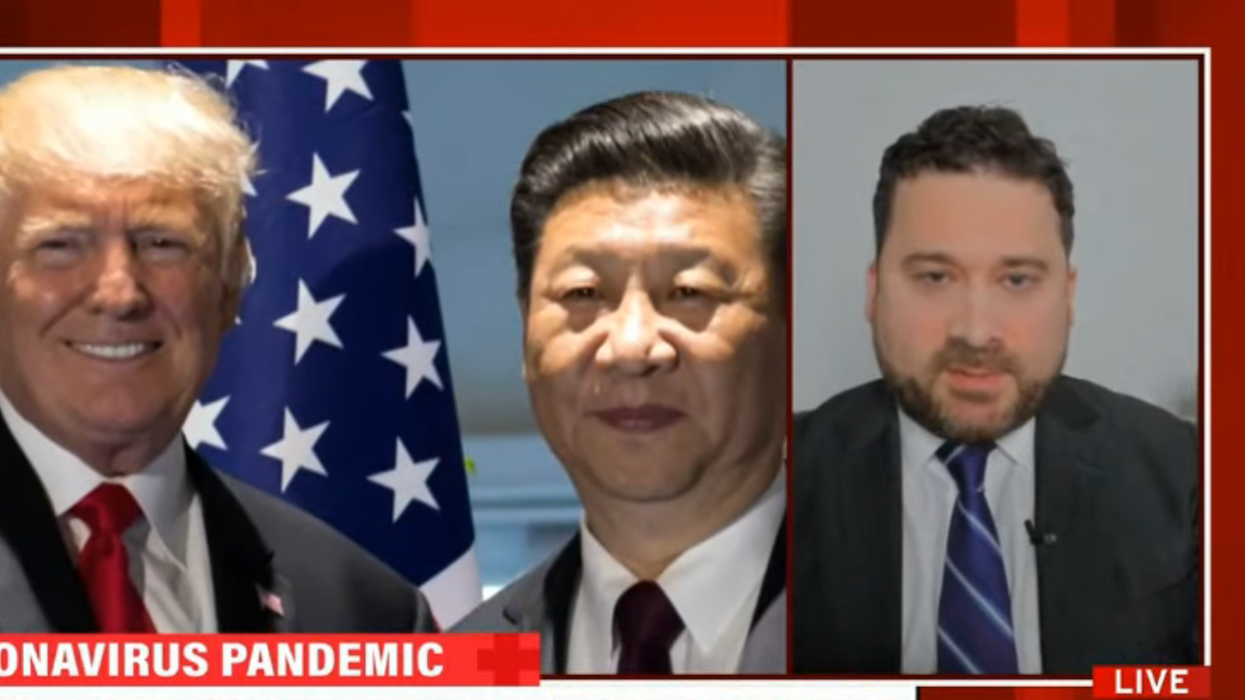 In 2020, then-President Donald Trump drew a great deal of criticism for resorting to anti-Asian rhetoric when discussing the COVID-19 pandemic. But Washington Post columnist Josh Rogin, during a March 9 appearance on MSNBC's "Morning Joe," stressed that before Trump "used racism" and Anti-Asian "fear" during the pandemic, he was afraid of saying anything that would offend Chinese leader Xi Jinping.

Rogin is the author of the new book, "Chaos Under Heaven: Trump, Xi, and the Battle for the Twenty-First Century," which addresses, among other things, Trump's bungling of the pandemic during its early months. Discussing his book on "Morning Joe," Rogin told hosts Joe Scarborough and Mika Brzezinski that in January and February 2020, Trump and Jinping had something in common: both of them downplayed the severity of COVID-19.

Rogin explained, "Part of it is Trump's fault, and part of it is the Chinese president's fault…. It was just devastating."

In January and February 2020, Rogin recalled, Trump was "getting bad information from China" about COVID-19 — and he was happy to echo Jinping's claims because he didn't want to endanger his "bromance" with the Chinese leader. Trump, at that point, was still "trusting his authoritarian friends" in China and wrongly claiming that COVID-19 didn't pose a major threat to the United States.

Rogin told Scarborough and Brzezinski, "Trump was getting a lot of conflicting information in those first weeks. But rather than listen to U.S. health officials — rather than listen to his national security officials — he listened to his good friend Xi Jinping, who plied him with a lot of happy talk. And we don't really know if Trump believed him or if he just wanted to believe him. But you can see why he wanted to believe Xi. He wanted his trade deal to succeed. He wanted the economy to stay good so he could get reelected. So, he went along with it."

But after the "bromance" with Jinping ended, Rogin explained, Trump resorted to anti-Asian rhetoric and xenophobia to rally his base. In the months leading up to the 2020 presidential election, Trump repeatedly referred to COVID-19 as "the China virus."

You can watch the video below. Rogin's interview begins around the 6:15 mark.