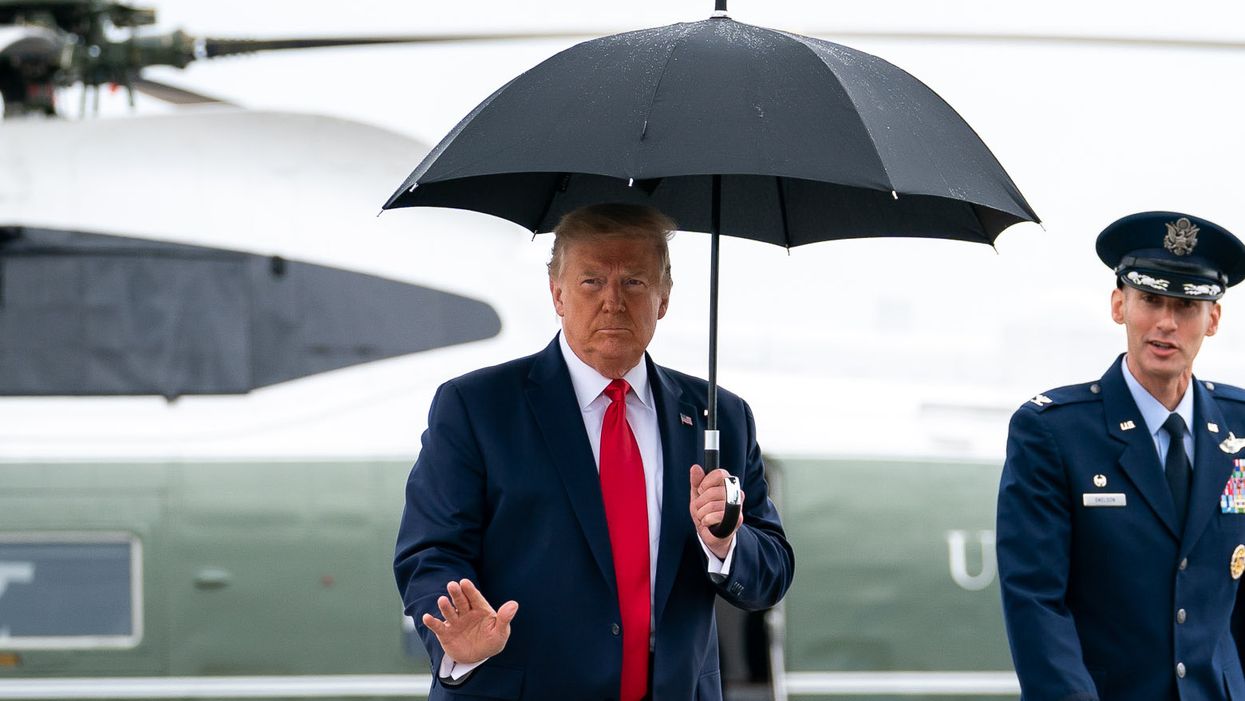 President Donald J. Trump is escorted by Col. Stephen Snelson, Commander of the 89th Airlift Wing, as he walks from Marine One at Joint Base Andrews, Md., Saturday, June 20, 2020, to Air Force One to begin his trip to Tulsa, Okla. (Official White House Photo by Tia Dufour)
Sky Palma
and
Raw Story
March 17, 2021

Now that Donald Trump is out of office and no longer enjoys presidential immunity, he faces numerous criminal and civil challenges in federal and state courts. According to legal experts and former agents speaking to Business Insider, Secret Service agents who served during his tenure could be hauled unto court to testify against him.

As Insider points out, there's no legal privilege that prevents Secret Service agents from testifying about potential criminal behavior or the abuse of power that they might have witnessed while on the job.

But many former and current agents don't like the idea of being subpoenaed.

"That is a very, very slippery slope to go down as far as the Secret Service is concerned," said former Secret Service agent Joe Funk, who served under George W. Bush and Bill Clinton.

"In order for us to do our job, we need to be close to the president in some capacity," Funk said. "And the president — and rightfully so — is going to be very concerned about that proximity in vehicles, especially if agents are privy to conversations" that they may be forced to recount at a later date.

Even some who have been critical of Trump are wary of agents being called to testify. The deputy director of the nonpartisan watchdog group Citizens for Responsibility and Ethics in Washington, Donald Sherman, said that while there's no telling "what kind of illegal or unethical activity the Trump family has engaged in," forcing agents to testify against a former president is "incredibly risky and shouldn't be considered or pursued without the utmost caution and consideration of the potential benefits."

"We shouldn't let the Trump family's gross abuse of power lead us down a road that undermines the Secret Service's role and function, which is critical to our democracy," Sherman said. "You're creating a risk that presidents or their family will duck or voluntarily shoo Secret Service protection that's there for a reason."

Read the full report over at Insider.