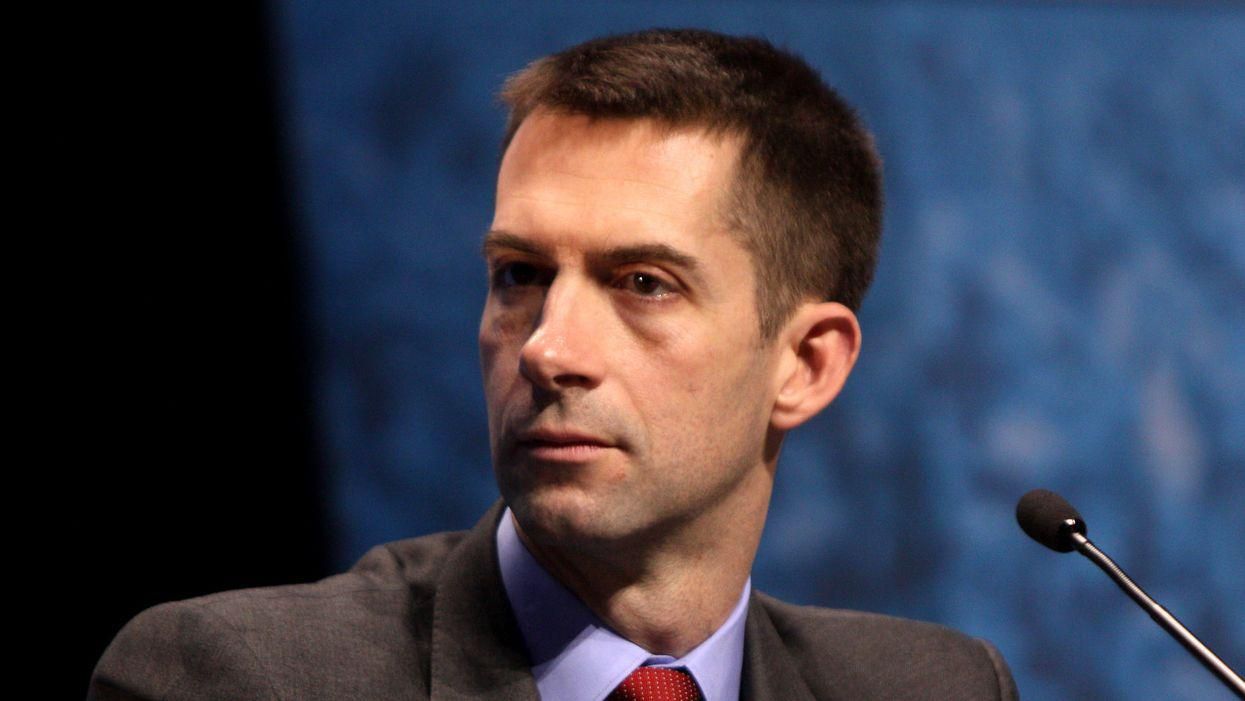 Sen. Tom Cotton, R-Ark., is slated to introduce a bill Thursday in the Senate endeavoring to ban critical race theory, an academic and civil rights movement that seeks to explore and understand the consequences of racism found in many American institutions, from the U.S. military.

The bill would not allow military officials to teach troops that the United States is "a fundamentally racist country," which defenders of critical race theory say is an important aspect of understanding compounded and systematic racial inequalities that have helped to create an unjust society.

"Anti-American and racist theories, such as Critical Race Theory, teach students to distrust and even hate their country and fellow citizens," Cotton opines in a draft copy of the bill. "The United States Armed Forces should not promote or otherwise encourage anti-American and racist theories that demoralize and divide its members while undermining its mission to 'bear truth, faith and allegiance' to the Constitution."

Cotton enjoyed a moment of particular notoriety last year after he published an op-ed in the New York Times urging then-President Trump to send the military into American cities to quell Black Lives Matter protests. The resulting controversy led to the resignation of the Times' editorial page editor.

Cotton has previously been extremely critical of the intellectual movement, falsely alleging that its end goal is "segregation." "Critical race theory is the belief that people have value based on the color of their skin, and that our race defines everything about us," the senator stated in a March 16 tweet. Speaking to Fox News' Shannon Bream on Wednesday night, Cotton called critical race theory "left-wing nonsense." Needless to say, there were no follow-up questions regarding the persistence of systematic racism in the United States.

Cotton isn't the first Republican trying to destroy the critical race theory movement or its ideas, and surely won't be the last. During a presidential debate leading up to the 2020 election, Donald Trump was asked about the intellectual movement and responded, "I ended it because it's racist. I ended it because a lot of people were complaining that they were asked to do things that were absolutely insane, that it was a radical revolution that was taking place in our military, in our schools, all over the place."

While Cotton continues his one-person crusade against critical race theory, the coronavirus pandemic continues to reveal the racial disparities that remain prevalent in the United States. A recent report from the prestigious Mayo Clinic found that "research increasingly shows that racial and ethnic minorities are disproportionately affected by coronavirus disease in the United States."

Similarly, the Centers for Disease Control and Prevention (CDC) has found that Native American or Alaska Native people were hospitalized for COVID about 5.3 times more than white people, while the rates for Black and Latino people were about 4.7 times the rate of non-Hispanic whites. Many public health advocates understand these numbers as evidnce that people of color continue to face institutional racism that manifest themselves in many different ways, including housing segregation, workplace discrimination, exposure to environmental toxins and access to health care.