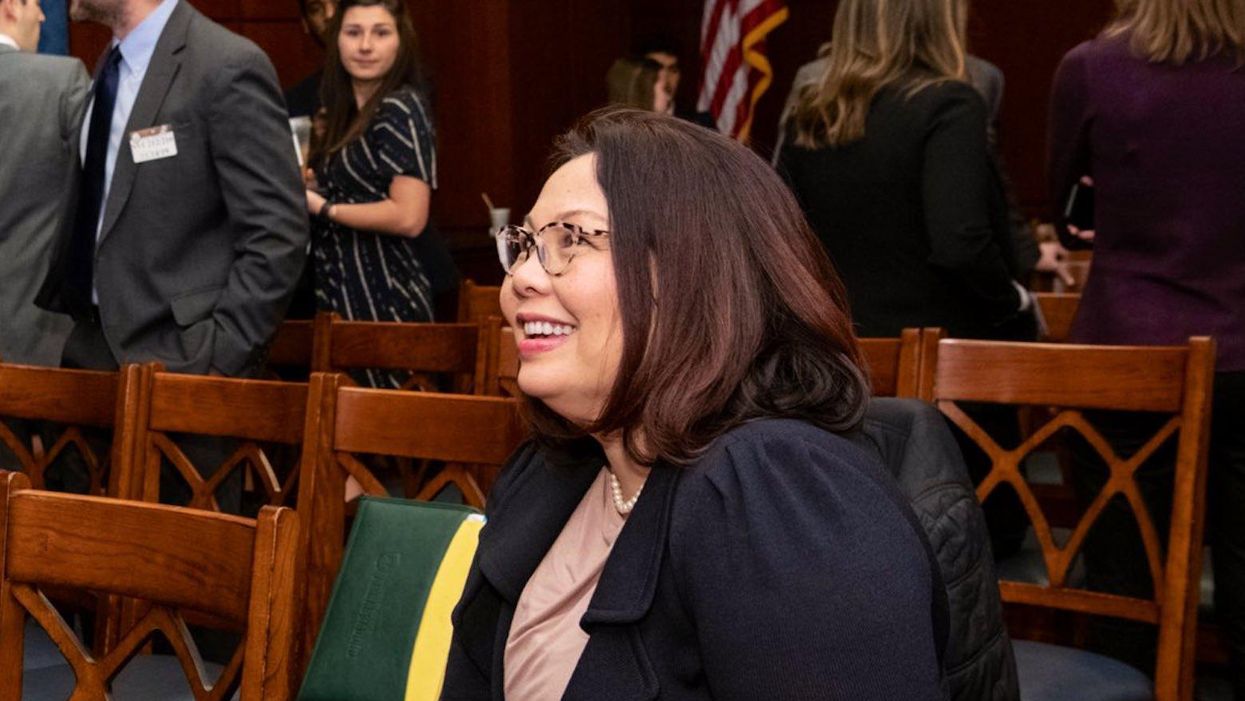 In a letter to the postal board, the Illinois Democrat argued that DeJoy's "pathetic 10-year plan to weaken USPS demonstrates that he is a clear and present threat to the future of the Postal Service and the well-being of millions of Americans, particularly small business owners, seniors, and veterans, who depend on an effective and reliable USPS to conduct daily business, safely participate in democracy, and receive vital medication."

After expressing outrage that DeJoy—a Republican megadonor with no prior Postal Service experience—was chosen for the crucial role in the first place, Duckworth wrote that "the only question facing the USPS Board of Governors right now is whether PMG DeJoy is the best individual to lead the Postal Service moving forward."

"Based on the PMG's performance to date, the answer is clear: no," Duckworth continued. "Failure to remove PMG DeJoy will confirm my worst fears about each member of this Board of Governors. Namely, that you are unwilling to admit error and thus incapable of fixing a grave mistake."

My letter to the USPS Board of Governors can be summarized in two words: Fire DeJoy. https://t.co/A6ng8YODzs
— Tammy Duckworth (@Tammy Duckworth)1616712437.0

Duckworth's letter came days after DeJoy released a 58-page document (pdf) outlining a plan to avoid an estimated $160 billion in operating losses over the next decade through aggressive austerity measures that House Democrats slammed as "draconian" and "unacceptable." One area of agreement between DeJoy and congressional Democrats is their mutual support for repealing a 2006 law that requires USPS to prefund retiree benefits decades in advance.

The opening section of the new strategy document was co-authored by Ron Bloom, the Democratic chairman of the USPS Board of Governors—an indication that the postal board backs the proposed changes, which could exacerbate nationwide mail slowdowns caused by the operational overhaul DeJoy imposed last year.

"Louis DeJoy, a top campaign contributor of Donald Trump, is the worst postmaster general in American history," Sen. Bernie Sanders (I-Vt.) tweeted earlier this week in response to the new proposal. "He should have been fired or removed from office a long time ago. We need a postmaster general who will protect and strengthen the Postal Service, not sabotage it."

Because President Joe Biden does not have the authority to remove DeJoy himself, dozens of House Democrats are urging Biden to replace every sitting member of the postal board with officials who support ousting the postmaster general. Biden has thus far declined to take such a sweeping step, opting instead to nominate officials to fill the board's three existing vacancies.

"The board has remained silent in the face of catastrophic and unacceptable failures at a moment when the American people are relying on the Postal Service the most," more than 50 House Democrats wrote in a letter to Biden last week. "It is time to remove all governors and start over with a board vested with the expertise and acumen this nation needs in its Postal Service leadership."