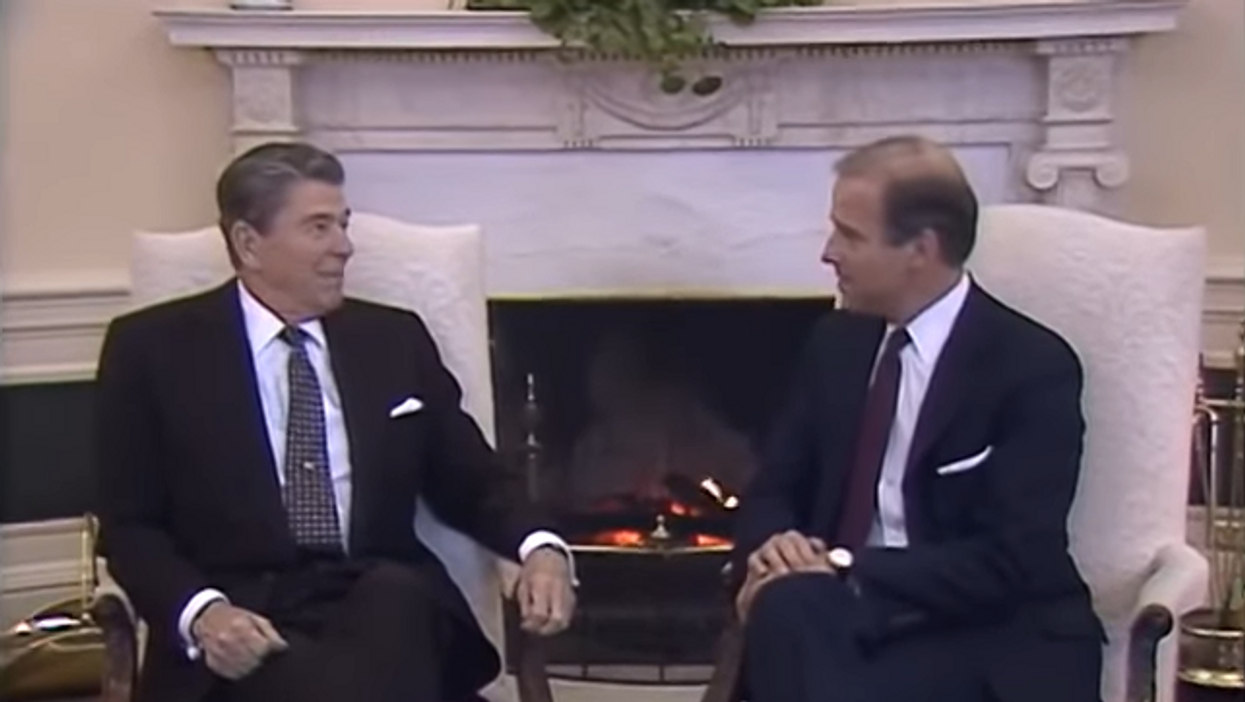 Having been passed by Democratic majorities in the U.S. Senate and the U.S. House of Representatives, the American Rescue Plan Act of 2021 — a massive $1.9 trillion coronavirus relief bill — is now on its way to President Joe Biden's desk to be signed into law. E.J. Dionne and Paul Waldman are among the Washington Post opinion columnists who have weighed in on the bill and what it means for Biden's economic agenda. Dionne and Waldman both view the bill as a departure from Reaganomics, and Waldman believes that it underscores Biden's immunity to Republican Culture War distractions.

Biden has long been a Democratic centrist who has both a liberal streak and a conservative streak, and during the 2020 Democratic presidential primary, Sen. Bernie Sanders and Sen. Elizabeth Warren attacked him from the left while then-President Donald Trump was attacking him from the far right. But Biden, as president, has reached out to both progressives and centrists in his party — and Dionne sees the American Rescue Plan Act as a triumph for liberalism.

Dionne notes that the "25% across-the-board tax cut" that President Ronald Reagan signed into law in 1981 "inaugurated a new ideological era" of Reaganomics and conservative economic policy. Reagan famously said, "In this present crisis, government is not the solution to our problem. Government is the problem." But with the American Rescue Plan Act of 2021, Dionne argues, Congress has moved away from Reaganomics after 40 years. According to Dionne, "Bidenism is replacing Reaganism."

"Passage of the Biden plan reflects the triumph of precisely the opposite view: that only active and competent government can get us out of the mess we're in now," Dionne writes. "The willingness of Democrats to speed through a program of this size reflects the final shrugging off of Reagan-era constraints that made even liberal politicians gun-shy about government activism."

Dionne continues, "The shift away from top-down supply-side economics could not be more dramatic. The Reagan theory, reduced to its essence, was: Help the rich, and their investments will produce jobs and prosperity for everyone else. The Biden theory is bottom-up: Help middle-class and low-income Americans, and their purchasing power will drive an unprecedented era of growth."

Earlier this week on MSNBC's "Morning Joe," host Joe Scarborough — a former GOP congressman and outspoken Never Trump conservative — expressed similar thoughts on the American Rescue Act. Scarborough argued that while liberal New Deal economics and the philosophy of President Franklin Delano Roosevelt dominated the United States from 1933-1980, Reaganomics prevailed from 1981-2020. Scarborough recalled that in a 1981 column, conservative George Will famously said that Americans were "all FDR's children now" — and yet, it was in 1981 that Reaganomics triumphed over the New Deal. And Scarborough, like Dionne, believes that the American Rescue Act marks the beginning of a post-Reaganomics America.

During the 1980s, Dionne recalls, "Conservatives were unrelenting in ascribing the good times to Reagan's policies.

Biden's team and Democratic strategists know they must sell the rescue plan hard and make sure voters know all that the administration is doing to end the pandemic and get the economy moving."

In recent weeks, the far-right pundits at Fox News and Fox Business have had more to say about Culture War topics than the American Rescue Plan Act. Waldman, in his column, emphasizes that Biden has been immune to Republican Culture War fearmongering.

"Joe Biden is kryptonite to the Culture War," Waldman writes. "And without a single figure on whom Republicans can focus that resentment, the link between culture and policy is broken."

The Republican culture war bleating is not having its intended effect. Why? Because Joe Biden has broken the link… https://t.co/ThGFto0ZDu
— Paul Waldman (@Paul Waldman) 1615397865.0

While Fox News has been obsessing over nonsense, Waldman notes, Biden and his Democratic allies have been focused on the COVID-19 pandemic and the state of the U.S. economy.

"On Fox News these days," Waldman writes, "among the most important issues facing America are the fate of a few obscure titles on the Dr. Seuss backlist and how prominently the 'Mr.' in 'Mr. Potato Head' will appear on the toy's packaging. Meanwhile, Biden is about to sign what may be the most progressive piece of major legislation to become law since Lyndon B. Johnson was president. The American Rescue Plan not only pours huge amounts of money on individuals and communities, it also utterly rejects the anti-government paradigm that has dominated Washington since Ronald Reagan's presidency — a paradigm that held the past two Democratic presidents in its grip."