Republicans siding with Putin over Biden are showing their ‘adoration’ for a ‘murderous autocrat’: journalist 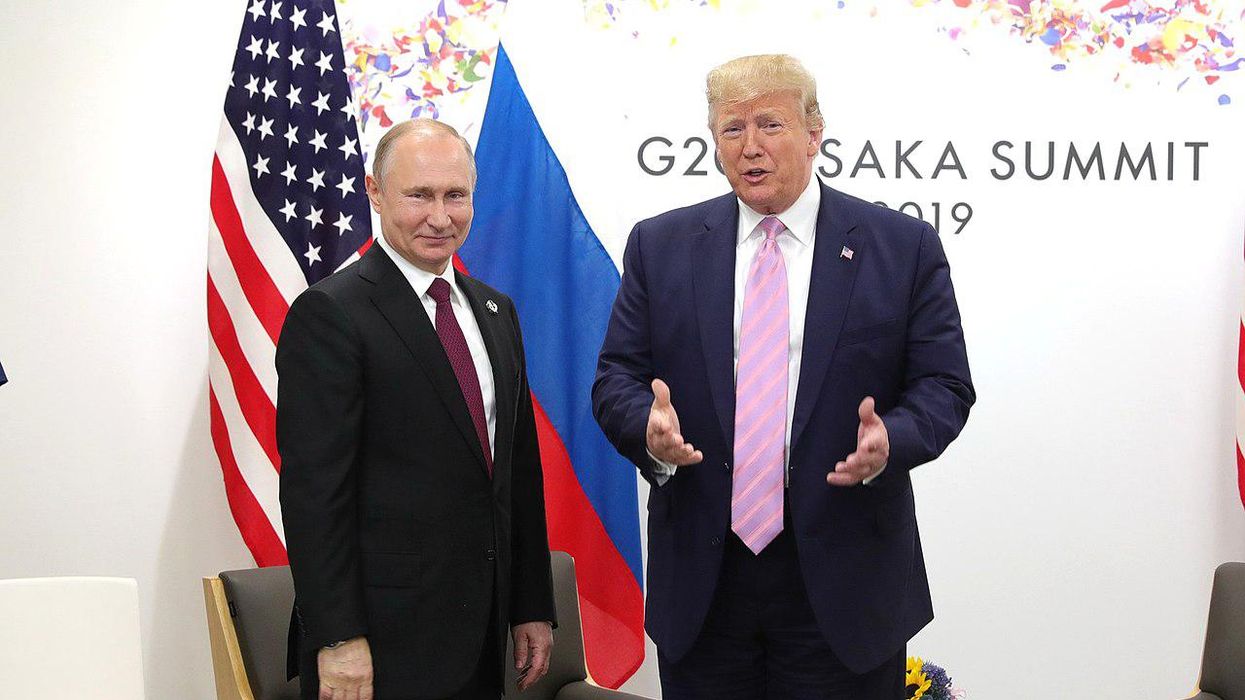 During his four years as president, Donald Trump made it abundantly clear that he did not consider Russian President Vladimir Putin an adversary of the United States. But President Joe Biden, during his two months in the White House, has been much tougher on Putin — and journalist Steven Beschloss, in a scathing March 22 article for his America, America blog, calls out Fox News' Sean Hannity, Rep. Matt Gaetz and other Republicans he believes have become Putin's useful idiots during the Biden era.

Gaetz, during a recent appearance on Hannity's show, told the Fox News host, "Putin and Biden, it would not end like 'Rocky IV.' I don't think the American would prevail." And Hannity joked that Putin would have the upper hand in a debate with the U.S. president.

Beschloss explains, "After four years of never a negative word about Putin from Trump — not after the interference in our election, not after the killings of Russian journalists and political opponents in Russia and on foreign soil, not after it was revealed the Russians put bounties on American soldiers — this cute interplay may have sounded like no big deal. Just more fun and games from among the same bunch who've perpetrated the Big Lie of election fraud and are determined to gloss over and move on from the deadly insurrection…. But make no mistake: The continuing adoration of Putin represents the embrace of autocracy over democracy — indeed, the dark desire to learn from the anti-democratic tactics of a murderous autocrat."

Has Trump ever looked happier than when he invited the Russians into our Oval Office? https://t.co/pB5U5QZEss
— Steven Beschloss (@Steven Beschloss)1597148059.0

Although the Hannity/Gaetz exchange passes for comedy at Fox News (and only Fox News), Beschloss argues that on the United States' far right, Putin is viewed as a symbol of strength. Pro-Trump Republicans, according to Beschloss, are "proffering a clear message that they prefer a leader like Putin, one who employs assassination as a frequent tool to hold onto power over one who believes in values like equality and the right of every citizen to vote."

"It doesn't matter that Putin-obedient Trump has been evicted from our house," Beschloss writes. "In fact, rather than insist it's still Trump's party, rule in exile from Mar-a-Lago, it might be more accurate to say the GOP has morphed into the anti-democratic Putin Party."

Beschloss goes on to describe Putin's history, noting that Putin was 23 when he became a KGB agent in 1975. The Soviet Union ceased to exist in the early 1990s, and these days, Putin is far from a communist — instead, he is a right-wing authoritarian and a crony capitalist. And pro-Trump Republicans, according to Beschloss, respect and admire that authoritarianism.

"If the current configuration of the Republican Party continues on its present path, they will keep sowing doubt about the country they swore an oath to protect while looking fondly at the strongman in the Kremlin," Beschloss writes. "Time will tell if they've done it more for love or money, but in either case, we'll have that much more work to repair the damage to our democracy that they have wrought."