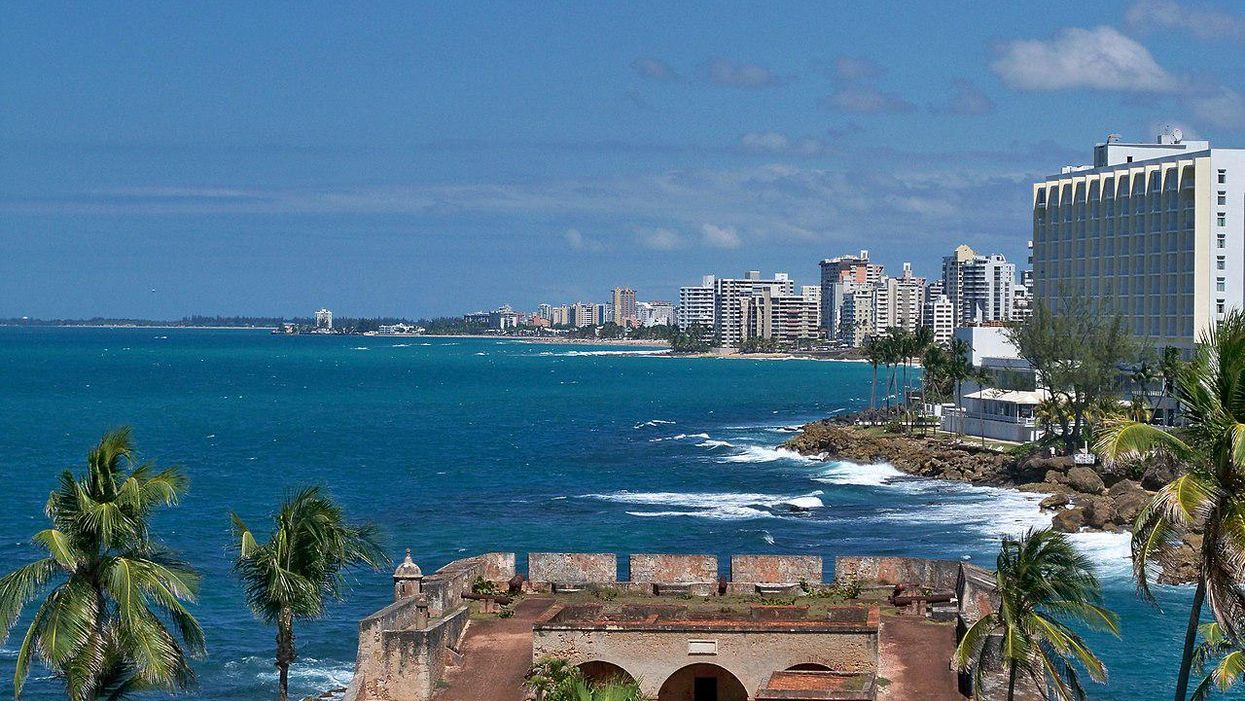 The stereotype of "ugly Americans" who are blatantly disrespectful of people in the places that they visit serves as a guidebook on how not to behave when one is away from the continental United States. And according to an article published by The Guardian this week, the U.S. territory of Puerto Rico is being inundated with stereotypical ugly Americans.

Of course, Puerto Ricans are themselves Americans — but that doesn't mean they can avoid the ugly habits of their fellow citizens indulging in a vacation.

Reporter Coral Murphy Marcos reports that Puerto Rico has experienced a surge in tourism recently, explaining, "The combination of U.S. residents wanting to escape cold weather, cheap flight tickets and easing restrictions on the island has been bringing tourists en masse." And Brad Dean, CEO of Discover Puerto Rico, told The Guardian, "We are certainly seeing the effects of increased traveler confidence coinciding with vaccine distribution in the U.S."

Unfortunately, Marcos notes, some of the tourists have been terrible about wearing protective face masks and taking other COVID-19 precautions.

Marcos, reporting from San Juan, Puerto Rico, explains, "For José Silva, owner of El Chicharrón Restaurant, tourists arriving in the last weeks have put him on edge due to the large crowds without face masks forming on the weekends. His restaurant is located in La Placita de Santurce, a popular tourist area. Silva says the police close the streets around the area on weekends, making it hard for Ubers or taxis to pick up tourists after bars and restaurants close."

Cristina Colón, a waitress at Pirilo Pizza in San Juan, told The Guardian she is worried about all the maskless tourists she is seeing.

Colón noted, "I'm not only concerned with my physical health, but my mental health too. I'm nervous about myself, and for the friends and family I surround myself with, because I have no idea where this person who doesn't want to wear a mask is coming from."

The term "ugly American" has been around since at least the 1940s, typically used to describe American tourists who behaved badly when they traveled — for example, becoming angry because someone speaks to them in French in Paris or because a waiter starts a conversation in Italian in Venice or Rome. Marcos, in her article, cites examples of disrespectful tourists complaining about Spanish being spoken in San Juan.

"In February, one video showed tourists assault a woman in a wheelchair after they were told to wear masks," Marcos observes. "The women, who were staying at an Airbnb in San Juan, threw their drinks at the resident's face and told her to speak English. Airbnb removed the guest from the platform due to the incident."

THREAD. Tourists in Puerto Rico assault woman in wheelchair. The tourists, were asked wear their masks, to keep the… https://t.co/RyjcQCPFxJ
— paolette (@paolette)1613147863.0

It isn't that Puerto Rico doesn't welcome tourism. The island's tourism industry, in 2020, suffered a great deal because of the COVID-19 pandemic. But tourists, Marcos stresses, need to be respectful.

Christian Correa, who works at the Condado Vanderbilt Hotel in San Juan and is a 24-year-old student at the University of Puerto Rico, told The Guardian, "The tourists think they can do whatever they want. We've seen fights, parties in the rooms and aggressive behavior."