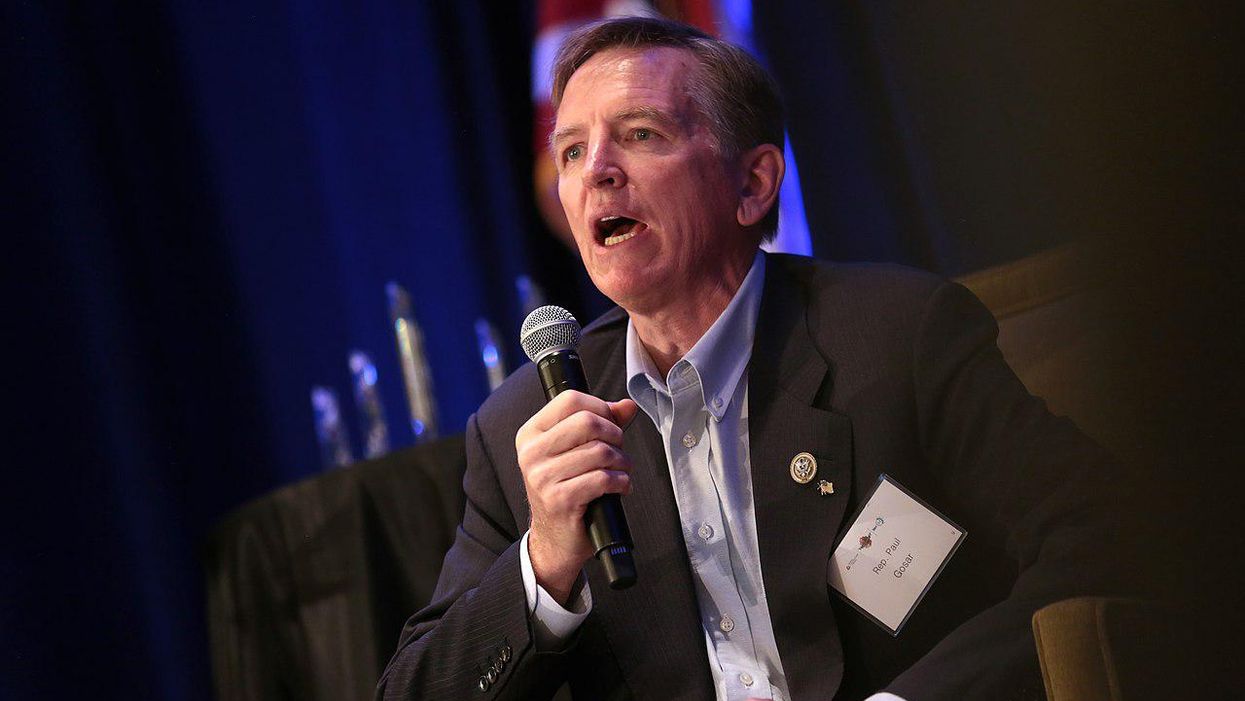 "$50 WHATEVER YOU WANT BABY," says a woman peering into a car. The driver says, "Can you TELL EVERYONE AMERICA FIRST IS INEVITABLE."

"America First is inevitable," as HuffPost reports, "is the motto of the 'America First' white nationalist movement headed by the racist and anti-Semitic podcaster Nick Fuentes."

Gosar's original tweet is here. NCRM has inserted a screenshot in case it gets deleted.