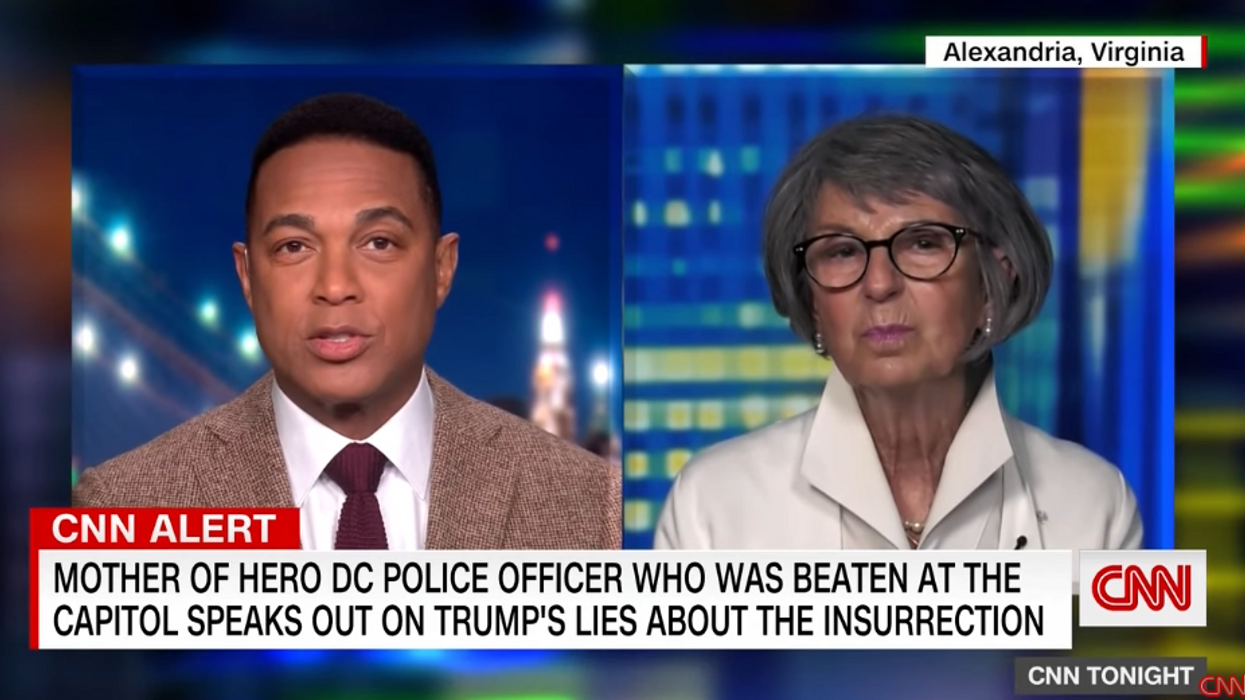 The outraged mother of a Washington, D.C., police officer is pushing back against former President Donald Trump's recent unfounded claim suggesting his enraged supporters were "hugging and kissing" cops amid the insurrection at the U.S. Capitol.

On Monday, March 29, Terry Fanone, the mother of D.C. police officer Michael Fanone, appeared on CNN with Don Lemon. She criticized the former president's attempt to paint a pleasant picture of the deadly riots. Fanone also made it clear that her son's harrowing experience with the Capitol rioters was nothing like the loving embrace Trump recently depicted during his recent interview.

"For us, for our family, and for each and every police officer that I know that Michael's in touch with constantly, it's outrageous. It's so dehumanizing. It's so devaluing," she said.

On Jan. 6, Michael Fanone suffered a heart attack and a concussion after suffering a brutal assault at the hands of Capitol rioters. According to Terry Fanone, her son was "was stun-gunned several times, beaten with a flagpole" and he "heard people screaming, 'Kill him with his own gun.'"

Terry Fanone's remarks come just days after Trump appeared on Fox News last Thursday. At the time, he criticized the amplified security at the U.S. Capitol which he described as "disgraceful" and a "political maneuver," reports CNN.

Despite Trump's attempt to downplay the severity and danger of the Capitol riots, five people lost their lives. More than 200 individuals are also facing charges for their participation in the insurrection on the U.S Capitol as the FBI and the U.S. Justice Department investigations continue.