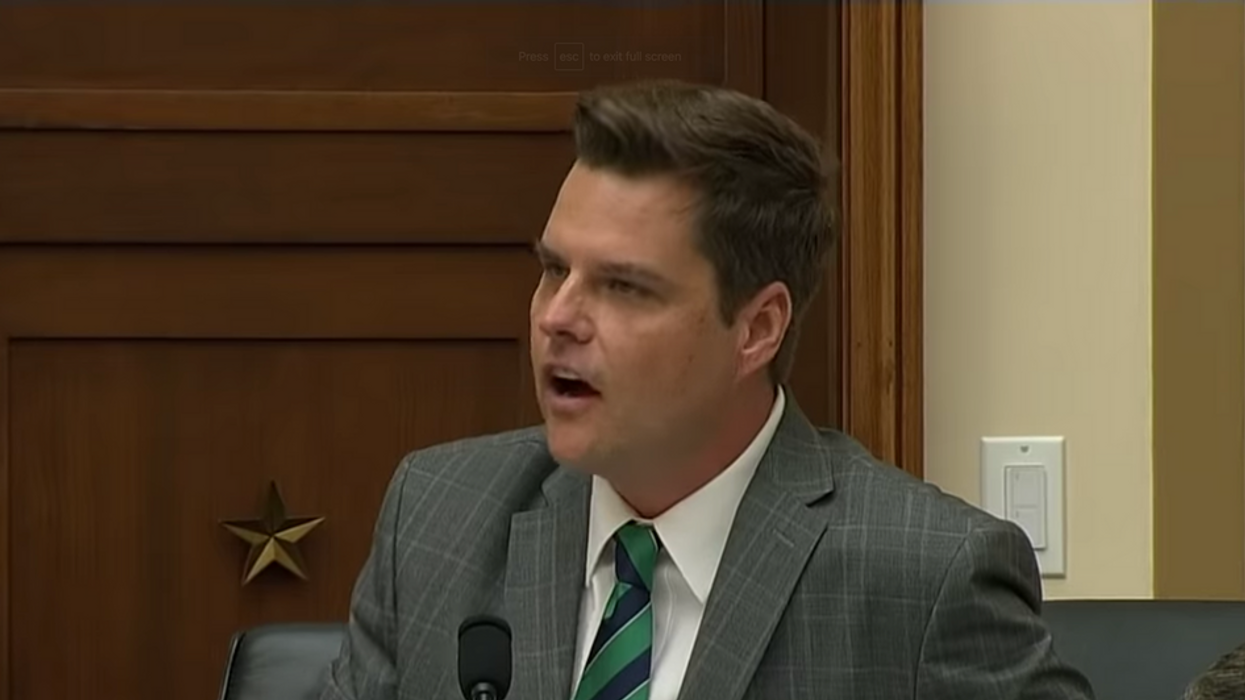 Screengrab.
David Badash
and
The New Civil Rights Movement
March 31, 2021
U.S. Rep. Matt Gaetz (R-FL) is responding to a New York Times bombshell, insisting the allegations he has been involved in a sexual relationship with a 17-year old are false and claims he is the victim of a $25 million "extortion effort." The New York Times Tuesday evening reported that since late last year the U.S. Dept. of Justice has been investigating the Florida Republican congressman, and reports that investigation includes possible sex-trafficking related to paying for her to travel with him. "The allegations of sexual misconduct against me are false," Gaetz told Axios, using a term that minimizes the report in the Times of what possible charges he might face. "They are rooted in an extortion effort against my family for $25 million … in exchange for making this case go away." Gaetz claims a former DOJ employee is blackmailing him. "The allegations against me are as searing as they are false," Gaetz told Axios by phone. "I believe that there are people at the Department of Justice who are trying to criminalize my sexual conduct, you know when I was a single guy."

Asked what the charges could relate to, Gaetz said: "I have definitely, in my single days, provided for women I've dated. You know, I've paid for flights, for hotel rooms. I’ve been, you know, generous as a partner. I think someone is trying to make that look criminal when it is not."

Gaetz is not married but his Twitter bio reads: "Florida man. Fiancé. Firebrand. America First." He proposed on December 30 "to his girlfriend, 26-year-old Ginger Luckey, the sister of Oculus VR founder Palmer Luckey," a major GOP donor. He describes himself as father to his former girlfriend's brother, Nestor Galbán, although they are not related by blood or marriage.
From Your Site Articles
Related Articles Around the Web
Report typos and corrections to: feedback@alternet.org.