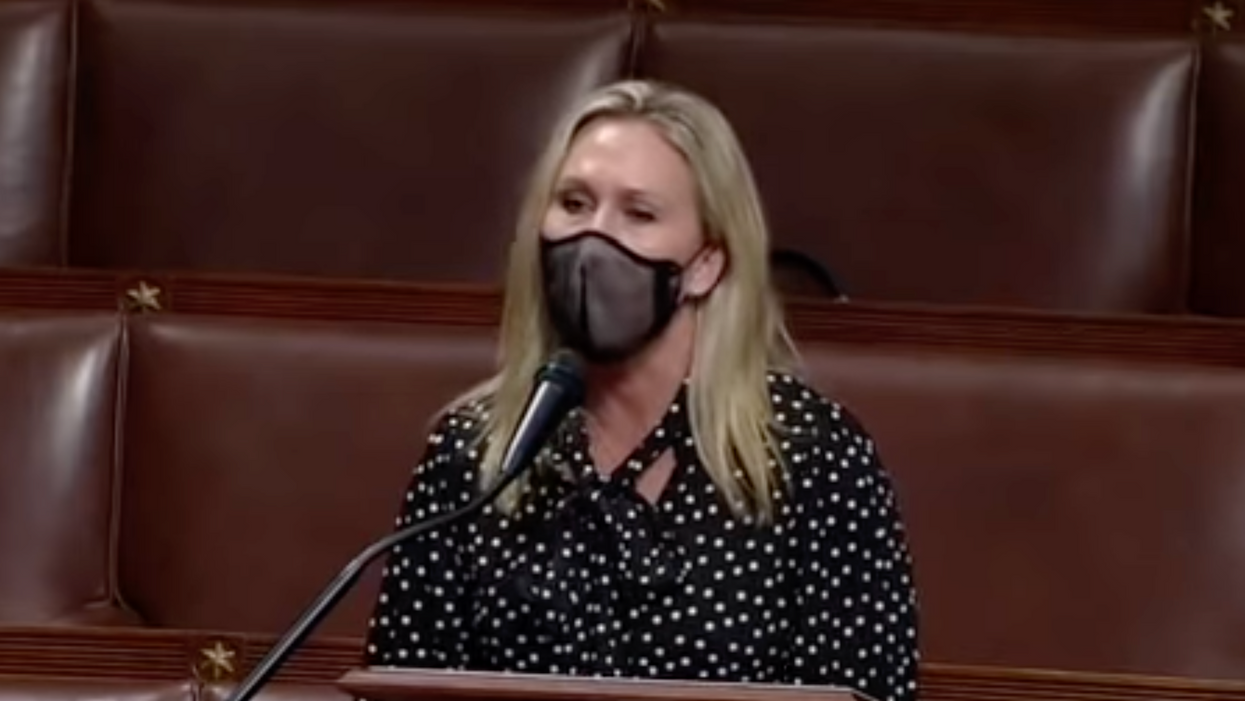 U.S. Rep. Marjorie Taylor Greene (R-GA) on Monday used her time to address the House of Representatives by lying to her colleagues and attacking the LGBTQ Equality Act.

The legislation, which passed the House but has not been debated in the Senate or even voted on, much less signed into law, "has completely destroyed women's rights," and "has completely canceled women," the QAnon Congresswoman lied.

The Equality Act, she continued, "has taken away women's rights in sports," which is also false.

"It has completely canceled women and I think it's a terrible thing that's happened to the women in America who have come so far, our grandmothers and mothers worked so hard to achieve our rights. And now with the passage of the Equality Act they have put men in our little girls bathrooms, sports, locker rooms, playing fields, and seem to care less about women's rights whatsoever."

Again the Equality Act has only passed the House, not the Senate, nor has it been signed into law, so it has not been enacted.

"They've also completely destroyed religious freedoms and and violated our freedoms and rights in every single way," she insisted, not naming who "they" are.

"The Equality Act is atrocious and evil," she said, repeating the false claim she has made several times. "It completely erases gender, that God created us 'male and female in his image.' He created us. Women deserve their rights, we deserve our sports, we deserve our privacy, and should not have the invasion of biological men in any of these areas."

Green has been trying to remake herself from a conspiracy theorist and QAnon promoter to a far right religious extremist anti-choice activist. Her diatribe on International Women's Day did little to advance that goal, or any other cause.