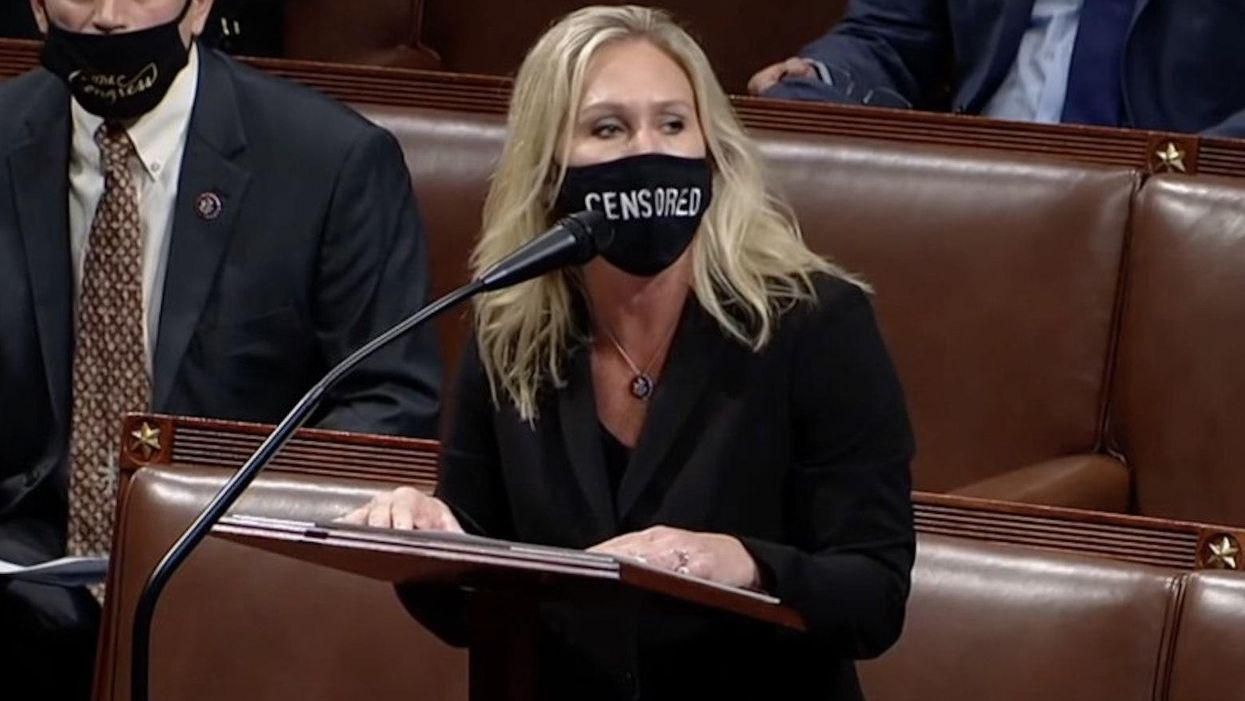 Image via Screengrab.
David Badash
March 17, 2021
U.S. Rep. Marjorie Taylor Greene (R-GA) in a letter to two top Pentagon officials including the Secretary of Defense, is accusing the Guam National Guard of "ambushing" her congressional office and videotaping her staffers "without solicitation or consent."
Greene's remarks are part of a letter filled with complaints, including that President Joe Biden supposedly engaged in a "mass military occupation of Washington, D.C.," and that a Pentagon spokesperson criticized Fox News host Tucker Carlson, who last week denigrated women serving in the military.

For more than 120 years, since 1899, Guam has been a part of the United States of America.

Delegate Michael San Nicolas, Guam's representative in the U.S. House, visited Congresswoman Greene's office Monday with a few dozen members of Guam's National Guard, to bring her cookies, presumably as a way to educate the Georgia Republican that the people of Guam are just as American as she is.

Although she was not in the office, her legislative director was, and thanked San Nicolas and the Guard for the cookies.

But it did not go over well with Greene, who accused Democrats of "disrespecting our military," and "using them as political theatre and drama on Capitol Hill."

Del. San Nicolas said he was giving the Guardsmen a tour and "spreading good will."

Members of the National Guard are still in D.C. because of Greene's QAnon and other far right wing supporters who stormed the Capitol on January 6 and threatened violence again on March 4.

In her letter to Defense Secretary Lloyd Austin, she is demanding all National Guard units be sent home.