The costs of the pandemic that we've barely started to calculate 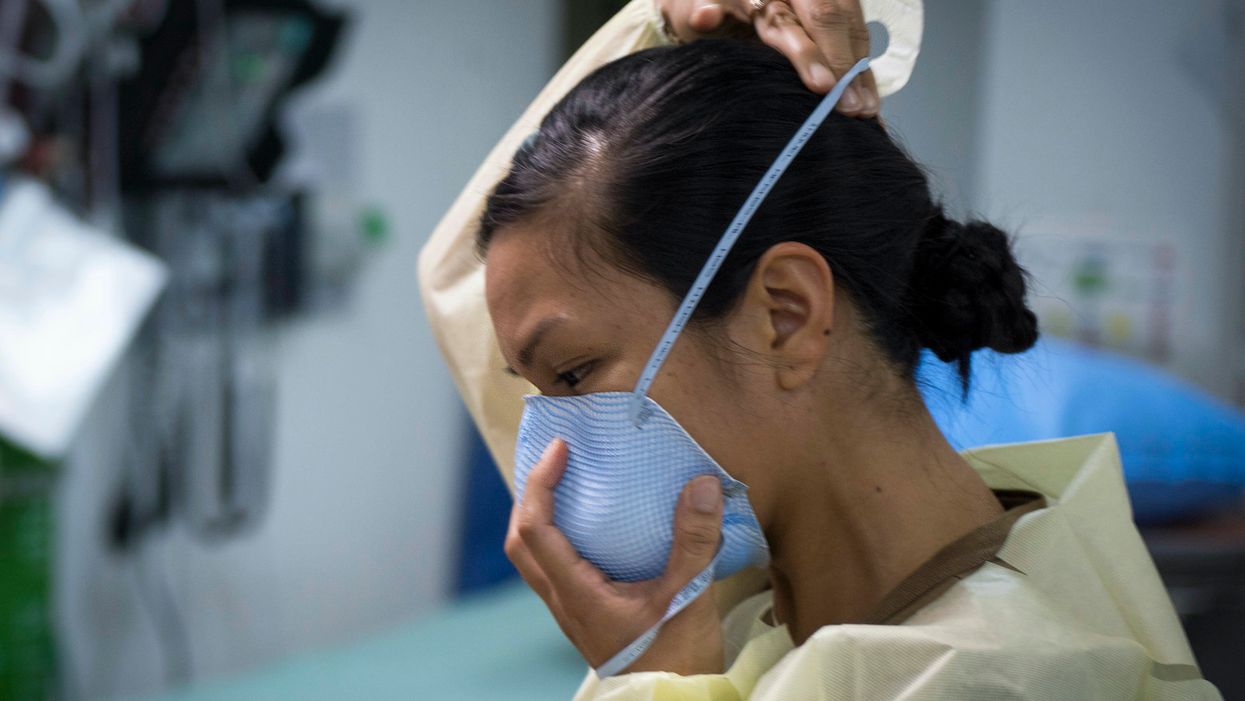 The count of COVID-19 cases in the United States has now passed 30 million. It's one of those numbers that seems like it should mark a milestone, but … there have been so many milestones. A year after the start of the pandemic, it's easy at this point to feel as if the whole thing is on the edge of ending. It's spring. There's vaccine. And the nightmare is almost over. Except, of course, for the fact that the rate of new cases and deaths is now right where it was in November 2020, just before it exploded into the largest peak so far.

But even if the race between vaccine and pandemic fatigue falls to the side of not starting another big surge in cases, some people just can't seem to shake off the effects of COVID-19. Right from the start, it was clear from doctors in Wuhan, and then South Korea, and then Italy, and then the United States that while a course of illness lasting less than two weeks might be typical, some patients were being laid low by the SARS-CoV-2 virus for an extended period. Some of this was easy to see in the form of patients who remained on ventilators for day after day. But some of it was a lot more subtle.

A year in, the term "long-hauler" has entered the vocabulary in a way that has nothing to do with trucking. Those exposed to COVID-19 are showing a wide array of symptoms, some of which are genuinely debilitating, or even life-threatening, long after they've supposedly cleared the virus from their systems. And for some patients, serious and long-term problems are occurring even though the disease itself was apparently mild or asymptomatic.

The idea that there may be long-term consequences from COVID-19 is one that doctors were reluctant to accept at first. But it shouldn't have been. Back in 2010, researchers in Hong Kong took a look at people who had come down with SARS during the 2003 outbreak. Almost all of them showed significant impairment of breathing functions seven years later, with an average rate of function over 20% lower than should have been expected. These were not elderly patients, but mostly younger people, and many had not been the most severely affected at the time of infection.

SARS-CoV-2 is closely related to SARS-CoV. Their names alone suggest that close relationship, and genetic analysis has confirmed it many times. So it shouldn't be surprising that both coronaviruses don't depart "cleanly." They leave behind lingering damage that we're only starting to understand. In the case of SARS, the relatively small number of people affected made it possible to overlook the damage this disease had done to their lives. However, with so many people infected by COVID-19, the long-term effects of the disease may represent a huge long-term challenge to both the healthcare system and the economy, as well as the individuals involved.

While the SARS study was limited to looking at lung function, the actual effects of COVID-19 (and likely, of SARS) go far beyond the respiratory system. A new study from Northwestern Medicine found that 85% of COVID-19 long haulers suffered from multiple neurological symptoms. The most common symptom is so-called "brain fog," that includes muddled thinking and forgetfulness. Large number of patients also reported headaches, numbness in parts of their body, muscle pains or weakness, and disorders of taste and smell. That last issue wasn't always a complete loss of those senses. In some cases it was mixed-up signals, with things having unpleasant or simply wrong smells and taste. It was as if COVID-19 had rewired these senses. Badly.

As The New York Times reports, a study from California found almost a third of former COVID-19 patients facing symptoms like shortness of breath, continued coughing, or abdominal pain. This included patients who were supposedly "asymptomatic" during the period where they were actively infected with the SARS-CoV-2 virus. For some patients, symptoms did not begin until well after they should have been "over" any illness.

The wide variety of symptoms post-infection mirrors the baffling array of symptoms and systems affected during active infections. As Americans have learned over the past year, when it comes to COVID-19, everything seems to be a symptom. And even when it seems that nothing is wrong … that could also be a symptom.

The Atlantic began reporting about COVID-19 long-haulers last August, at a time when some officials (and media outlets) seemed scornful of the idea that a disease which was originally thought of as a respiratory infection could cause such a list of lingering illnesses. However, it's become clear that the inflammation and blood clots generated by COVID-19 can affect almost any part of the body. That realization required both a reassessment of what constituted high-risk factors for the disease, and now it's propelling a fresh look at those who are still falling ill weeks or months after infection.

In a follow-up article at the beginning of March, researchers interviewed by The Atlantic offered a new name for what may be wrong with many COVID-19 long-haulers: dysautonomia. This is a condition where systems that regulate the autonomic nervous system have failed, which could explain another cluster of symptoms that some long-haulers are experiencing: high blood pressure, chills, and periods of very rapid heart rate. But even dysautonomia is just a description of an effect. It's not a cause. A real understanding of what's behind the symptoms of COVID-19's lingering effects, and how best to treat them, is still ahead.

What's clear is that the pandemic will leave a lingering social and economic cost that goes beyond just the number of dead. Of those 30 million infected, millions are going to have symptoms that are completely or partially debilitating for a period of months. Some, like SARS patients, may be still be operating at well below their expected capacity years later. Some may never fully recover. That's going to represent both a long-term demand on the healthcare system, and a long-term reduction in productivity, that—like everything else about events of the last year—may be unprecedented.

Though there is one odd sign of hope: As CNN reports, some of those expressing long-term symptoms have apparently improved after receiving a COVID-19 vaccine. It's unclear why waking up the immune system to fight this virus again should have an effect on people whose tests show no active virus … but then, the whole long-hauler issue is poorly understood. And if it works for at least some people, then that's a good thing.