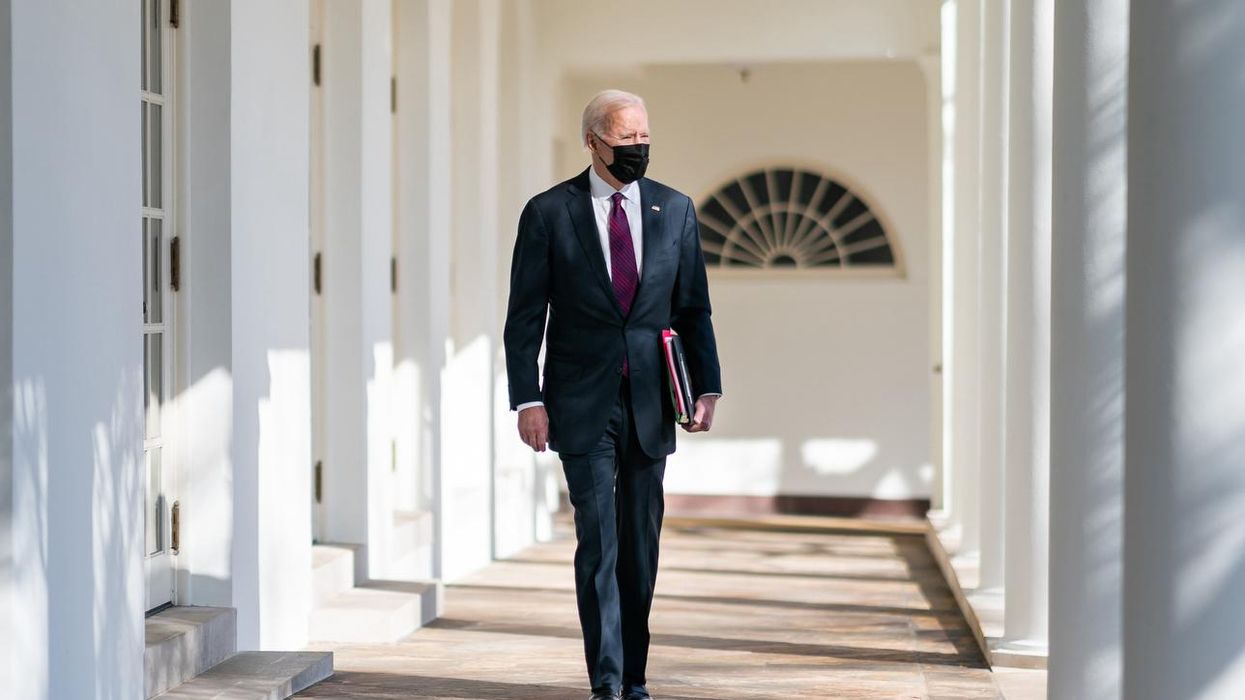 Growing up in the United States, I was not a big fan of Joe Biden.

I remember Biden at the Clarence Thomas confirmation hearings in 1991, looking out-of-depth as his colleagues berated and belittled Anita Hill. I recall him during the Bill Clinton and George W. Bush years, holding forth in Senate hearings and casting about for middle ground that no one really wanted.

Biden was the face of establishment “meh," the epitome of could-be-worse complacency. He vaguely sympathized with working people but went along with the neoliberal mania for lower taxes, fewer regulations and “freer" markets. He assumed the Civil Rights era had put America's demons to rest, and he never saw the dark forces gathering behind his predecessor, Donald Trump, until it was too late.

One year ago, during a bruising primary against more progressive rivals, Biden looked like a man history had left behind.

Recently, however, Biden has shown that he understands how the modern U.S. presidency works, both in terms of policy and the nation's psyche.

Early U.S. presidents mostly focused on America's relations with non-Americans. The Constitution of 1787 assigned domestic policy to Congress, not to the president. Besides, the early United States was a chaotic and ill-defined country, requiring most presidents to focus on enforcing federal law as best they could.

This changed for good under Franklin Delano Roosevelt, who held the office between 1933 and 1945. In the face of the Great Depression and fascism, FDR moved away from his centrist impulses and shifted U.S. social and economic policy well to the left. His New Deal vastly expanded the executive branch of the U.S. government and made it far more relevant to most Americans.

To be sure, congressmen resisted, not just as rival Republicans but also as members of a separate and equal branch of government. So did governors who embraced the American tradition of local self-government over centralized rule.

The modern-day president lives with these duelling legacies. On one hand, he now sets the priorities for domestic as well as foreign affairs and wields enormous discretionary power over a sprawling federal government. On the other hand, he must work with allies in the House and Senate and respect the stubborn independence of each of the 50 states.

Most importantly, he understands that the dominant ideologies of the past 50 years, especially the neoliberal dictum that markets know better than nations, simply won't do in the face of a pitiless virus and the human wreckage it has left behind.

This is why Biden, the ultimate moderate, was able to pass the $1.9 trillion American Rescue Plan, arguably the biggest decision made by the U.S. government since the the FDR era.

Besides making policy, the modern American president must console the people in times of trauma. This, too, traces back to FDR, who was the first president to address the people by radio. During his “fireside chats," FDR spoke directly to a mass audience, trying to preserve some kind of emotional unity among the American people.

Canadians may well pause here to ask why such unity is necessary. Why does America require such emotional togetherness? Why can't its 330 million people just feel what they feel and still agree to get along? Why can't they live together as a big and complex society, different but not divided?

But after studying American nationalism for many years, I think the reason is that Americans aren't nearly as nation-minded as we long to be. Our nationalism isn't obvious or intuitive. We don't have a distinctive language or ancient culture. We don't even have a clear or stable sense of any homeland, a common patrie to which we can feel attached.

Much of American history and culture is about moving away from wherever we're from to settle in the U.S., usually at the expense of Indigenous populations. (This is especially true for white settlers, although Black Americans also sought freedom by heading west or north.) Our cherished individualism and mythic frontier spirit makes us isolated and alienated, even — or especially — from other Americans.

That's why someone needs to address us when something terrible happens. They need to look us in the eye and share our distress, in effect telling us that we're not as alone as we feel.

In many ways, he became president the day before his inauguration, when he led a memorial for those lost to the virus.

He did the same thing when the death toll passed 500,000. And after recently signing the Rescue Plan into law, he talked about our shared hardships and common sadness.

“I carry a card in my pocket with the number of Americans who have died from COVID to date," he said.

He's not the most eloquent man. But over his long career, Biden learned a thing or two about making policy. And at some point over his long life, he found the strength to carry on through tragedy, to walk through dark canyons in hope of dawn.

All of this makes him the right person to steer America out of its recent calamities and towards a better version of itself.