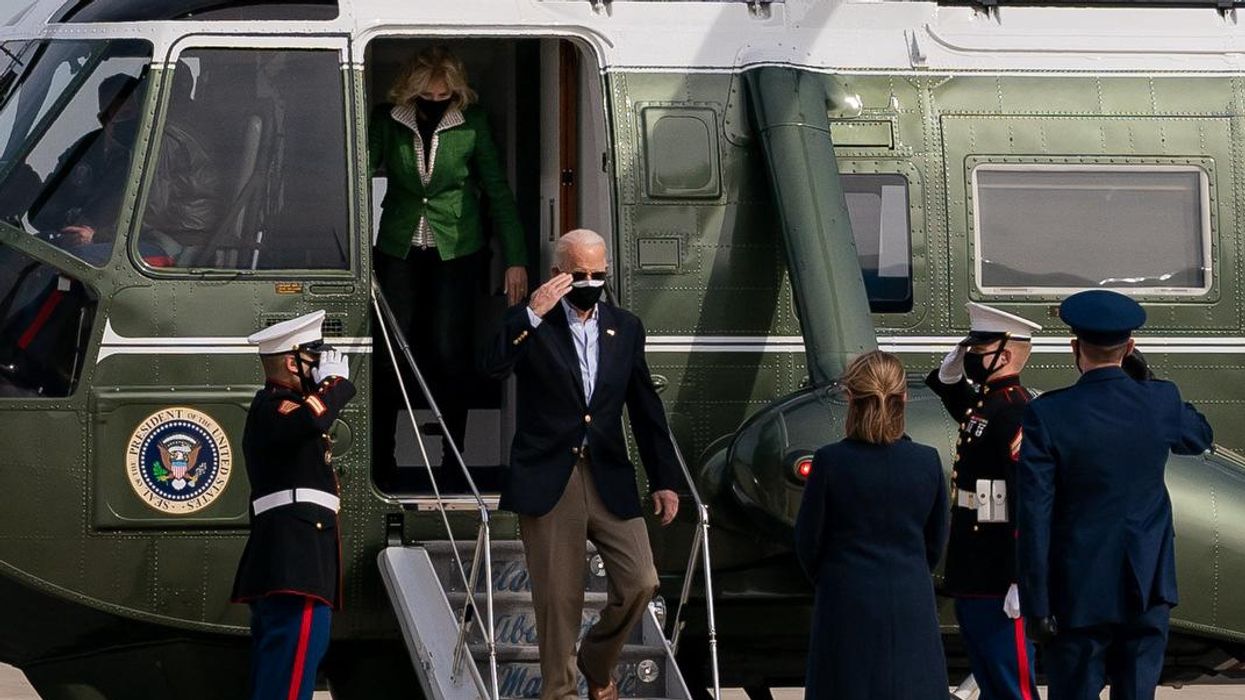 The last residents of Mexico's Matamoros refugee camp crossed the border into the United States on March 5 to request asylum.

The migrants – many of them Central Americans fleeing endemic violence, poverty and corruption – will be allowed to stay in the U.S. as their cases move through the immigration court system.

The exodus from the Matamoros camp, which once sheltered more than 2,500 asylum-seekers, marks the end of a Trump-era policy called the Migrant Protection Protocols. Commonly known as “Remain in Mexico," the January 2019 policy forced 71,000 migrants who were detained along the U.S.-Mexico border back into Mexico to file for asylum and wait for many months while their claims were processed.

The Trump administration claimed the Migrant Protection Protocols ensured a “safe and orderly process." But it created a refugee crisis in Mexico, whose border cities were not equipped to house, feed and protect tens of thousands of refugees. Matamoros is one of many tent camps and Catholic shelters set up to serve this population.

On President Joe Biden's first day in office, the Department of Homeland Security suspended the Migrant Protection Protocols, and by late February asylum-seekers were being screened for COVID-19 and allowed into the United States. The change elicited enormous relief among the more than 15,000 migrants at that point stuck in the camps in northern Mexico.

But the border reopened too late for most of the 41,247 migrants whose cases were rejected while they “remained in Mexico."

The Transactional Records Access Clearinghouse at Syracuse University, where I research immigration enforcement, collects and analyzes government records procured through the Freedom of Information Act. Records we obtained from the Department of Justice show that 71,036 total asylum cases were filed from Mexico under the Migrant Protection Protocols, which lasted from January 2019 until January 2021.

So far, 41,888 cases have been completed or closed. Of those, just 641 people were granted asylum or otherwise given shelter in the United States, an approval rate of 1.5%. In 2017, by contrast, 40% of asylum-seekers had their claims granted by a U.S. immigration judge.

Of the 41,888 cases completed under the Migrant Protection Protocols, 32,659 asylum-seekers received a deportation order from an immigration judge – even though they were not physically in the United States. Most of these – 27,898 – received deportation orders because they did not appear for their immigration court hearing on the U.S. side of the border.

There are many reasons migrants waiting in Mexico may not have made it to immigration court. One is the dangers of northern Mexico, where drug cartels and organized crime prey on vulnerable migrants.

Matamoros is in the Mexican state of Tamaulipas, where rape, torture and kidnapping are so pervasive that the U.S. State Department has a “do not travel" advisory on the state.

The nonprofit organization Human Rights First documented 1,544 cases of asylum-seekers who became victims of violence while they waited in Mexico.

In one case, Customs and Border Protection returned a Salvadoran family to Mexico in May 2019 despite their expressed fear. In November 2019, the father was stabbed to death in Tijuana, leaving behind his wife and two children.

“I told the judge that I was afraid for my children because we were in a horrible, horrible place, and we didn't feel safe here," his widow told the news outlet Telemundo.

Another victim was a Honduran woman of the Garífuna Afro-Caribbean minority, who was kidnapped and raped in the city of Juárez while she “remained in Mexico."

And Vice Magazine reported on David, an asylum-seeker from Guatemala, who was kidnapped by a cartel five hours after he was sent back to Mexico in 2019. David escaped, but because the cartel had taken his paperwork, making an asylum claim became all but impossible.

Lack of legal counsel is another reason migrants waiting in Mexico might not have appeared at their U.S. court hearings or may have been denied asylum and issued a deportation order.

Immigrants with an attorney are twice as likely to win their cases, and 99% of asylum-seeking families with an immigration attorney attend all their immigration court hearings.

But it was much harder to get a U.S. immigration lawyer in Tamaulipas, Mexico, than in Texas in 2019. In fiscal 2020, only 14% of migrants forced to “remain in Mexico" had found an immigration attorney, compared with 80% of asylum cases for migrants inside the U.S.

Without a lawyer, communicating with the American court system across an international border while living in a camp became a nearly insurmountable barrier.

For example, migrants told BuzzFeed News that U.S. Immigration and Customs Enforcement often filed incomplete or inaccurate paperwork, sometimes listing “Facebook" as migrants' physical address. And without a lawyer, it was all but impossible for these migrants to receive crucial court notices.

“Remain in Mexico" made it nearly impossible for asylum-seekers to find safety in the U.S. But the asylum process can have profoundly unequal results – regardless of who sits in the White House.

Even though El Salvador and Honduras are among the five top countries in the world for violent deaths, typically courts deny more than 80% of asylum cases from those countries, in large part because the U.S. government has been reluctant to recognize gang persecution and domestic violence as grounds for asylum.

Political and economic instability in Central America is also driving children to flee the region. In the past two weeks, 3,200 unaccompanied minors have arrived at the U.S.-Mexico border.

“Remain in Mexico" handed asylum-seekers a difficult choice: Stay and hope to survive or lose your chance, however small, of a new life. Luck and perseverance paid off for the estimated 15,000 migrants who may now pursue their asylum claims from the relative safety of the United States. But for everyone else, there is no second chance.