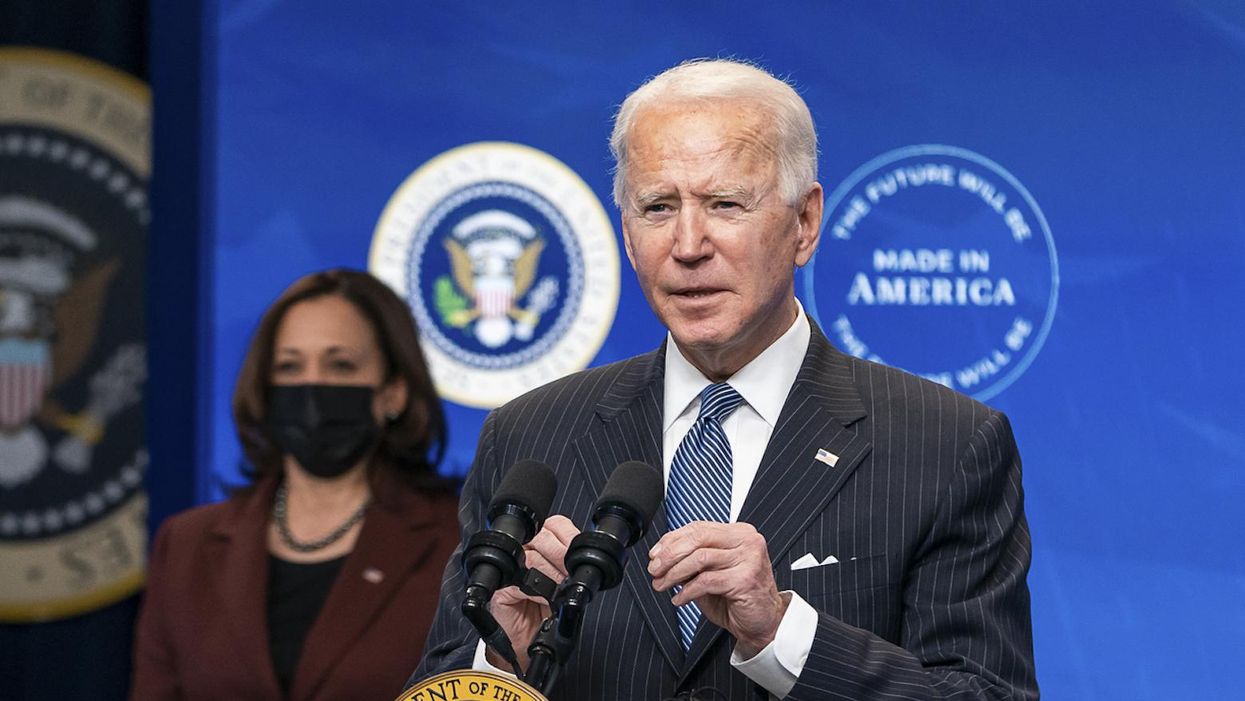 Every day is a good day when Ted Cruz is the subject of humiliation. The United States senator from Texas has been trying for days to get people to see the newly enacted American Rescue Plan Act as something dangerous, despite being universally popular. "Three words to describe the first weeks of the Biden administration: boring but radical," Cruz wrote on Twitter Saturday. The wags came out in force. "You say this like it's a bad thing lol," responded Luke Zaleski, the legal affairs editor for GQ.

There's more going on here than an unctuous politician with delusions of White House grandeur putting his foot in his mouth. On the one hand, Cruz might be acting out of habit, portraying any Democrat, including Joe Biden, as "radical" by dint of being a Democrat. Such rhetoric is time-tested and dependable. On the other hand, Cruz might understand what the covid-relief law will mean to Texans, and he's doing his best to warp their view of it. For Cruz and the Republican Party, that might backfire. By calling it "radical," they might inadvertently normalize fundamental change. They might indeed hasten broad acceptance of a new paradigm underway.

The American Rescue Plan Act, signed Thursday, pushes more wealth downward to the bottom half of society than any since the Great Society programs of the late 1960s. But unlike those programs, it "assumes that almost everyone can use a helping hand," wrote the Post's Helaine Olen on Saturday. The $2 trillion piece of legislation ignores "decades of so-called Washington wisdom about the need for narrowly targeted aid and small steps forward." The measure, she said, "allows us to sidestep our societal tripwires around race, poverty and who we think is deserving of a government assist."

The simplest way out of this toxic dilemma is to make benefits so generous they are near universal. This is why Social Security is all but untouchable and why Medicare, once controversial, is now so popular that the slogan for people who want to see universal, government guaranteed health-care coverage is "Medicare for All."

The new law is a titanic and truly democratic (though temporary) safety net program. In the past, such things were vulnerable to Republican race-baiting of the kind Ronald Reagan made popular with the "welfare queen" myth. While support for safety net programs that "the poor" usually get strong majority approval, they don't when "the poor" are given a race. That's why the Republicans continue to characterize the new law as a "wish list," "handout" or "welfare," because those are code words for "Black." That's why the Washington press corps keeps presuming it will spark a "Tea-Party-style backlash of the sort generated by the Obama administration's effort to jolt the economy back to health in 2009," wrote the Times' Jim Tankersley and Jason DeParle. That's why Ted Cruz thinks he can call Joe Biden a "radical" and get away with it.

The new law will spark various and sundry reactions, but they won't be anything like the "Tea Party" insurrection that ate the GOP from the inside out. First, because the current president is white. Second, because the Democrats corrected their previous mistake of failing to pass measures big enough to match the size of the current crisis. (It's hard to demonize something as "a handout" when everyone's getting help.) For some Americans, everything Barack Obama did was "radical." It did not matter how compromising he was. For those same Americans, as Cruz said, everything Biden does is "boring." It may not matter how uncompromising he is. As Andrew Yang once said: "The magic of Joe Biden is that everything he does becomes the new reasonable."

"The new reasonable" has combined with a calamity of such magnitude that it has killed more Americans than all foreign wars combined. Together, these suggest a fundamental change in our politics. The president reflected that change last week during a speech marking the one-year anniversary of the covid pandemic. "We need to remember the government isn't some foreign force in a distant capital," he said. "No, it's us. All of us. We, the people." In the Obama era, when the bankers got the most help, that might have sounded like kumbaya. In the Biden era, when everyone who needs help is getting help, saying the government is the people sounds like a new normal.

It's still not clear to me what Ted Cruz was thinking. It might be that he's working with an old set of assumptions—that he can say the word "welfare" and Americans will respond as they have for the last 40 years. Then again, it might be that he knows exactly what the American Rescue Plan Act—as well as other legislative measures the Democrats hope to achieve, such as infrastructure—is going to do for his constituents and for the coalition he hopes will make him president. It's going to transform them into believers in the republic. It's going to revive their democratic faith. Perhaps Cruz understands that what seemed radical just a decade ago, now seems almost boring.