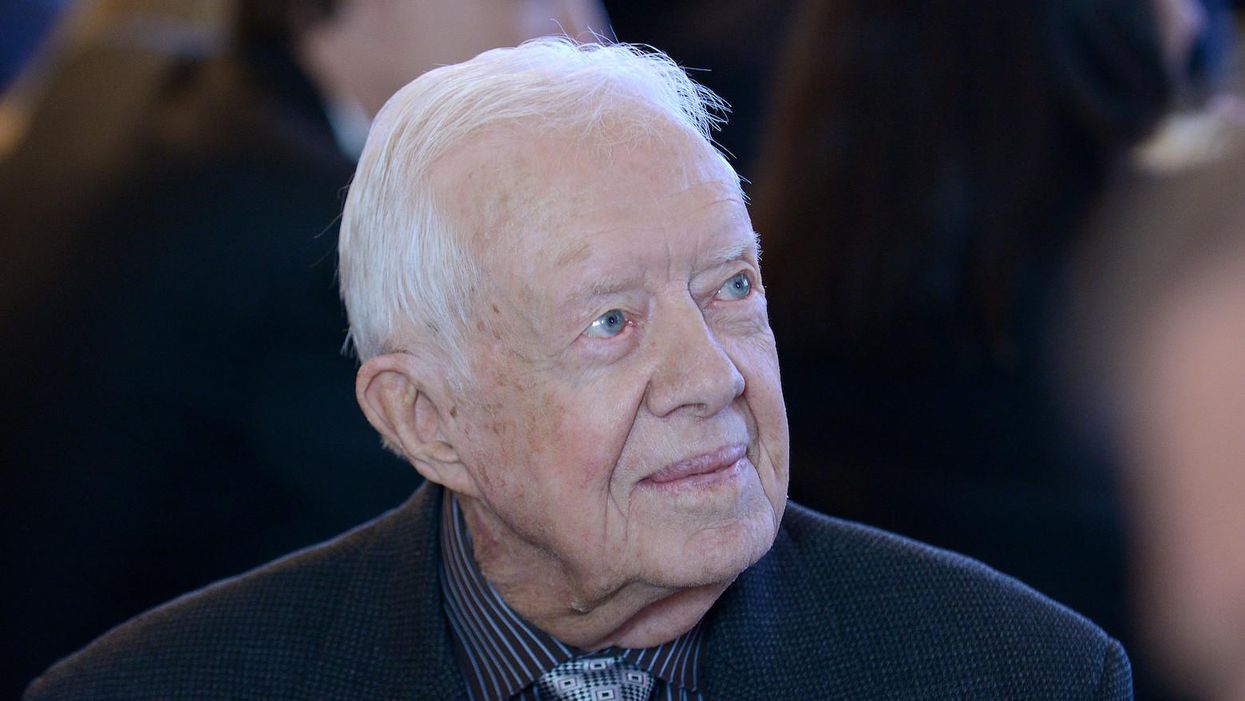 Former President Jimmy Carter on Tuesday released a statement condemning the Republican-controlled Legislature of his home state of Georgia for attempting to "turn back the clock" on voting rights with new bills that activists have decried as the most severe attack on the franchise since the Jim Crow era.

"I am disheartened, saddened, and angry," said Carter, who served as Georgia's governor from 1971 to 1975. "Many of the proposed changes are reactions to allegations of fraud for which no evidence was produced—allegations that were, in fact, refuted through various audits, recounts, and other measures. The proposed changes appear to be rooted in partisan interests, not in the interests of all Georgia voters."

The bill's passage followed the Georgia House of Representatives' approval last week of a separate measure which, as Ari Berman of Mother Jones summarized, "cuts weekend voting days—including on Sundays, when Black churches hold 'Souls to the Polls' get-out-the-vote drives—restricts the use of mail ballot drop boxes, prevents counties from accepting grants from nonprofits to improve their elections, adds new voter ID requirements for mail ballots, gives election official less time to send out mail ballots and voters less time to return them, and even makes it a crime to distribute food and water to voters waiting in line."

In his statement, Carter lamented that Georgia Republicans pushing the legislative attack on voting rights have "repeatedly and selectively" cited a 2005 report he helped assemble with former U.S. Secretary of State James Baker, which raised some concerns about the potential for fraud in mail-in voting at the time while also highlighting the positives of absentee voting.

"While our report noted a few good and bad examples of vote-by-mail practices, its main recommendation was that further study of voting by mail was needed," Carter said Tuesday. "In the 16 years since the report's release, vote-by-mail practices have progressed significantly as new technologies have been developed. In light of these advances, I believe that voting by mail can be conducted in a manner that ensures election integrity."

Pointing to his post-White House experience observing 113 elections in 39 countries around the world, Carter said that "while states must safeguard the integrity of the election process to prevent fraud, this should not be at the expense of voters' access to the polls."

"American democracy means every eligible person has the right to vote in an election that is fair, open, and secure," said Carter. "It should be flexible enough to meet the electorate's changing needs. As Georgians, we must protect these values. We must not lose the progress we have made. We must not promote confidence among one segment of the electorate by restricting the participation of others. Our goal always should be to increase, not decrease, voter participation."