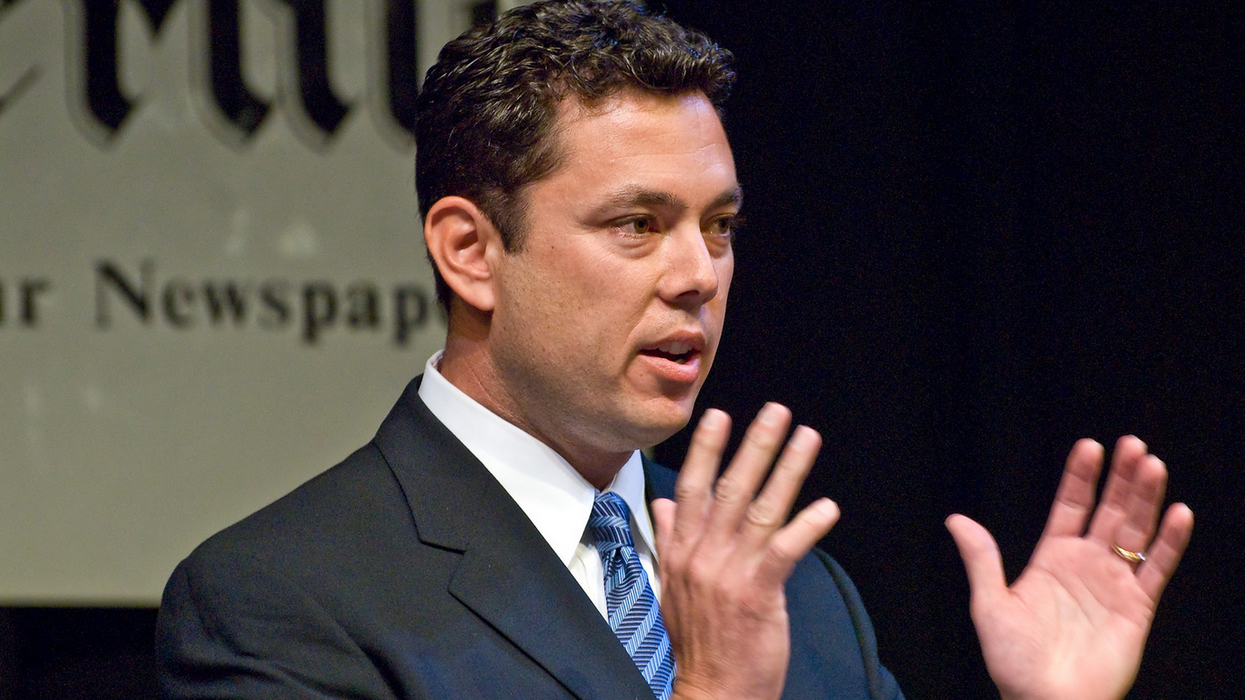 Jason Chaffetz is among the far-right Fox News pundits who was once a Republican politician and held public office. But he remains active in GOP politics, and Media Matters' Eric Hananoki reports that Chaffetz is now fundraising for Republicans in Texas — despite, Hananoki stresses, a supposed Fox News policy against employees taking part in such activities.

Hananoki observes, "Chaffetz is scheduled to do a fundraiser on April 24 for the Madison County Republican Party in Texas. An invitation to the event touts his Fox News affiliation. Fox News claimed, in 2018, that it 'does not condone any talent participating in campaign events.' The network's purported policy has been inconsistently enforced."

The Texas fundraiser, according to Hananoki, is by no means the first time Chaffetz has fundraised for Republicans despite being a Fox News pundit.

The 54-year-old Chaffetz was first elected to the U.S. House of Representatives via Utah's 3rd Congressional District in 2008, serving as chairman of the House Oversight Committee from 2015-2017. Chaffetz was still heading the Oversight Committee when, in March 2017, he was widely criticized for his clueless and callous remarks about health insurance during an appearance on CNN. Discussing Republican efforts to overturn the Affordable Care Act of 2010, a.k.a. Obamacare, Chaffetz infamously remarked that Americans would be better able to afford health insurance if they would spend less money on expensive iPhones.

It was also in 2017 that Chaffetz announced that he would not be seeking reelection in the 2018 midterms and became a Fox News pundit. His new Fox News podcast, "Jason in the House: The Jason Chaffetz Podcast," debuted on March 29.

Hananoki notes that Chaffetz "has pushed the lie that the 2020 election was stolen from former President Donald Trump."

This year, Fox News has faced two major defamation lawsuits for promoting the false and totally debunked claim that voting technology companies helped now-President Joe Biden steal the 2020 election: a $1.6 billion lawsuit from Dominion Voting Systems, and a $2.7 billion lawsuit from Dominion competitor Smartmatic. Between the two lawsuits, Fox is facing $4.3 billion worth of defamation lawsuits for promoting election-related lies.

Chaffetz, Hananoki notes, is not the only Fox News pundit who has been fundraising for Republicans despite a supposed policy against it. According to Hananoki, "Media Matters documented, earlier this month, that Fox News host Trey Gowdy is also scheduled to speak at Republican fundraisers in the upcoming weeks despite the network's supposed policy."