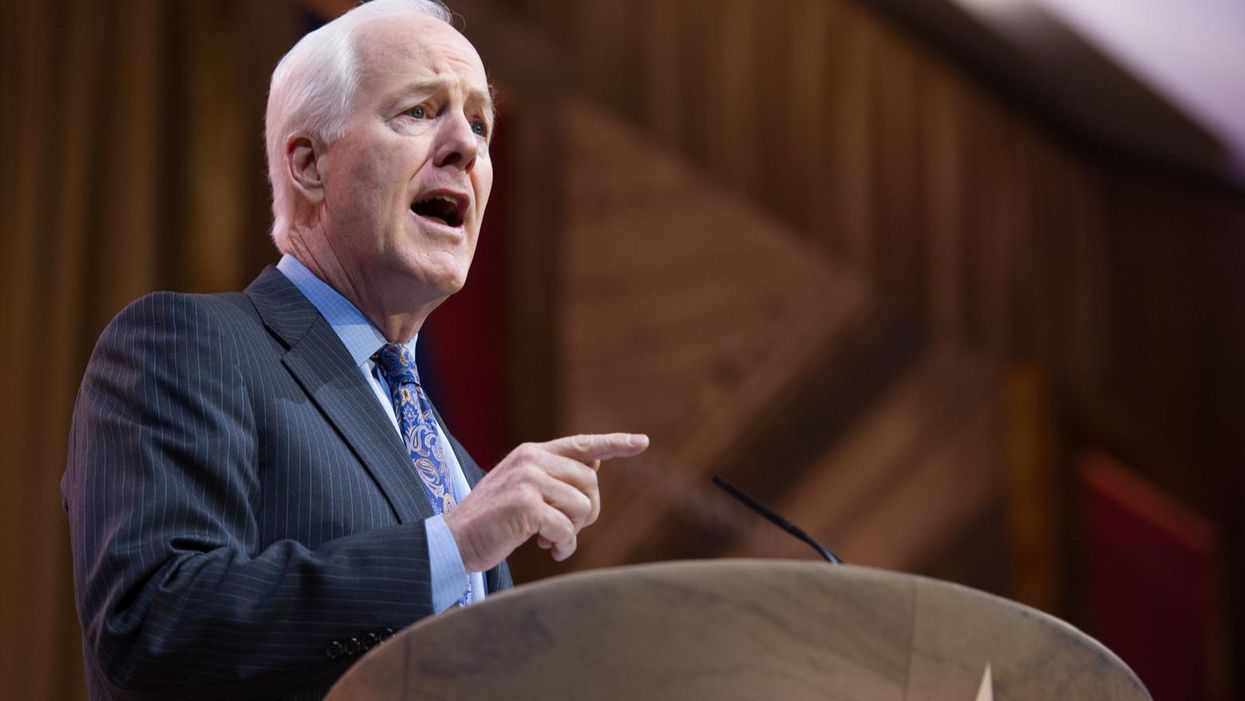 United States Senator John Cornyn, Republican of Texas, presented President Joe Biden with a gift in the form of one of the most revealing tweets in recent memory. It serves as a reminder of how horrific Donald Trump was for America's image abroad, because of the way the former president talked about and treated the most vulnerable: people seeking refuge from violence, disaster and starvation in their home countries. The US has long been imperfect on human rights, but Trump robbed us of even the pretense of being an example other countries should emulate. Biden can change that.

Cornyn evoked the Clinton era to pan the president's handling of what opportunistic Republicans and a handful of high-profile journalists have deemed a "political crisis." "Bill Clinton ran for re-election on a platform that said, 'We cannot tolerate illegal immigration and we must stop it,'" Cornyn said. He followed up with a sentiment he'll never live down. It says so much about him and his party: "President Biden has instead emphasized the humane treatment of immigrants, regardless of their legal status."

Biden should lay that legislation out in detail, explain to the American people why immigration reform is a net plus for all despite the lies being told by the opponents of such a policy and what they are being fed by Fox News during primetime.

The last thing the White House and Democrats should be doing on immigration is remain in a defensive crouch, allowing Republicans to distort and lie and twist every fact. Biden should use the gift Cornyn gave him. Biden should make clear he is proud that his administration is more humane than the one recently kicked out of office.

Biden should say proudly he ended the Trump policy that essentially made kidnapping brown kids an official tool of US deterrence. He should remind the American public that it was Republicans like Cornyn, who apparently are OK with the suffering of others if it will help them score a few cheap political points, who made Trump's reign of terror that much deadlier because they provided undying support for his ugliness.

Biden is the president to send such a message effectively. His approval is hovering at nearly 60 percent, higher than when he took office. The boogeymen Republicans conjured up to pillory former President Barack Obama are not as effective against Biden. Though Obama was able to sign into law a massive rescue plan just weeks after he took office in 2009, the GOP put a dent in his popularity by scaring Americans about guns and religion and the deficit and "death panels" and jobs supposedly being stolen by Black and brown people here and elsewhere. It worked because of the undercurrent in their messaging—that that Black dude in the White House had something up his sleeve, that there were sinister motives behind every decision.

That didn't work on Biden in the general election, and it hasn't worked since he's taken office. But if the president isn't careful, it could eventually work if his administration doesn't go on offense on issues like immigration. A recent Morning Consult poll shows erosion in public support for a pathway to citizenship for the undocumented, for instance. Biden can reverse that slide by taking this head on.

Support for a pathway to citizenship for the undocumented dropped 15% for Democrats, 10% for Republicans in just 3 months. The border issues are an escalating policy & political challenge that is dragging down support for other pieces of the administration's immigration agenda. pic.twitter.com/gcmAKCEIQN
— Matthew La Corte (@MLaCorte_) March 24, 2021

The public would listen if he talks to them straight, tells them that the answer to the seasonal rise in migrants at the border is simpler than it seems. Comprehensive immigration reform would solve that and benefit us all. It would help bring the undocumented already in this country out of the shadows, which would put upward pressure on low-wage jobs and help working-class Americans. (A higher minimum wage isn't the only way to tackle poverty.) The policy would help restore America's standing on the world stage, showing once again that we know how to solve huge-complex problems in humane ways. It would provide more resources for our border and an orderly transition to some kind of legal status for millions of people—which is precisely what economists and demographers have long told us that we need. Immigration will ensure that the US economy remains the largest, most influential in the world despite the slowing birth-rate among native-born Americans—if we let it.

We have a blueprint for such a plan in the form of the 2013 immigration bill that passed the Senate with 67 votes, including by some Republicans still in the Senate. Biden should lay that legislation out in detail, explain to the American people why comprehensive immigration reform is a net plus for all Americans despite the lies being told by the opponents of such a policy and what they are being fed by Fox News during primetime. And he should make clear that there's only one reason any of this hasn't happened already—because of Republicans like Cornyn who believe being humane is weak rather than being the most important American principle of all.