'Republicans were stopped in their tracks': How Democrats stood for fundamental rights in the rescue bill 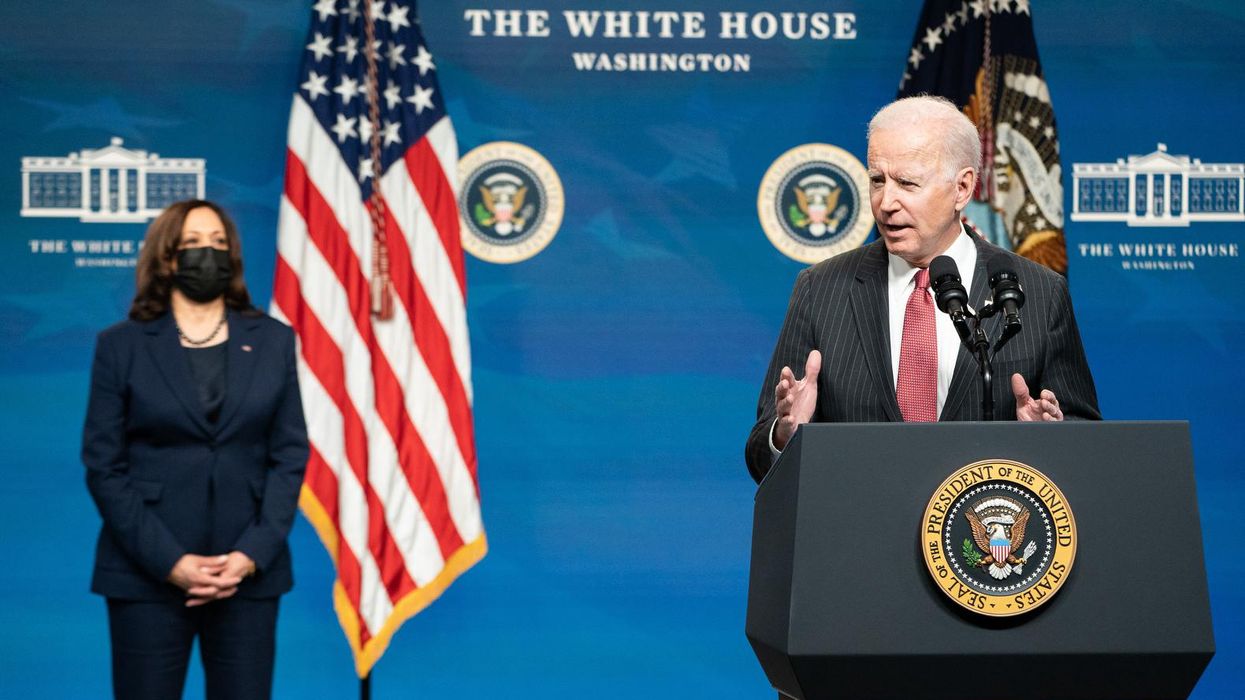 Democrats in the Congress shut down Republican attempts to insert so-called "Hyde language" into the American Rescue Act. If the Republicans had succeeded, this language would have barred stimulus money from being spent on abortion care.

Given that Democrats are willing to fight abortion restrictions in the relief bill, they may be ready to make good on their promise to end the Hyde Amendment, which bans the government from paying for most abortions. Abolishing Hyde is part of the Democratic Party's platform. House leadership has committed to abolishing it.

Ending Hyde is critical for reproductive justice. It disproportionately affects women of color and poor women, whose health care usually comes through a federal program.

The Democrats' willingness to stand up to Hyde language in the relief-stimulus bill may signal a bigger fight ahead.

Kelsey Ryland, the co-director of All Above All, a pro-choice group fighting for equal abortion access and the end of the Hyde Amendment, is heartened by the Democrats' willingness to stand up to proposed abortion restrictions in the stimulus package.

"I think it shows a vote record that is important," Ryland told me Wednesday. "It shows that there is the political will to do this among Democrats and with the base."

The Hyde Amendment was introduced in 1976 as a counterweight to Roe v. Wade, the United States Supreme Court's legalization of abortion in 1973. Defenders of Hyde framed it as a compromise between making abortion legal and "forcing" taxpayers to fund it. For many years, this logic held sway, even among many Democrats.

The Hyde Amendment is a rider to the appropriations bill that funds Medicaid and other federal health care programs. It must be added every year. In theory, the Democrats could take it out whenever they control Congress, but so far they've never done so. With Democratic control of the United States Senate and a president who opposes Hyde in the Oval Office, the time may be right to make the final push.

"Five years ago, everyone took Hyde for granted," Ryland told me. But thanks to a pro-choice coalition led by women of color, Democrats no longer consider Hyde to be an acceptable compromise. Reproductive rights are rights. Poor women should have as much control over their reproductive destinies as their wealthier counterparts.

The American Rescue Act was never going to fund abortions. Despite fanciful Republican claims that $414 billion in direct cash payments could be spent on government-funded abortions and abortion-covering insurance, most of the rescue bucks are for completely unrelated purposes, such as extended jobless benefits, child tax credits, covid-proofing schools, and a rescue package for bars and restaurants.

But the Democrats' willingness to stand up to creeping Hyde language in the relief-stimulus bill may signal an appetite for a much bigger fight. "What's meaningful here is that Republicans were stopped in their tracks," Ryland told me. That's a BFD.