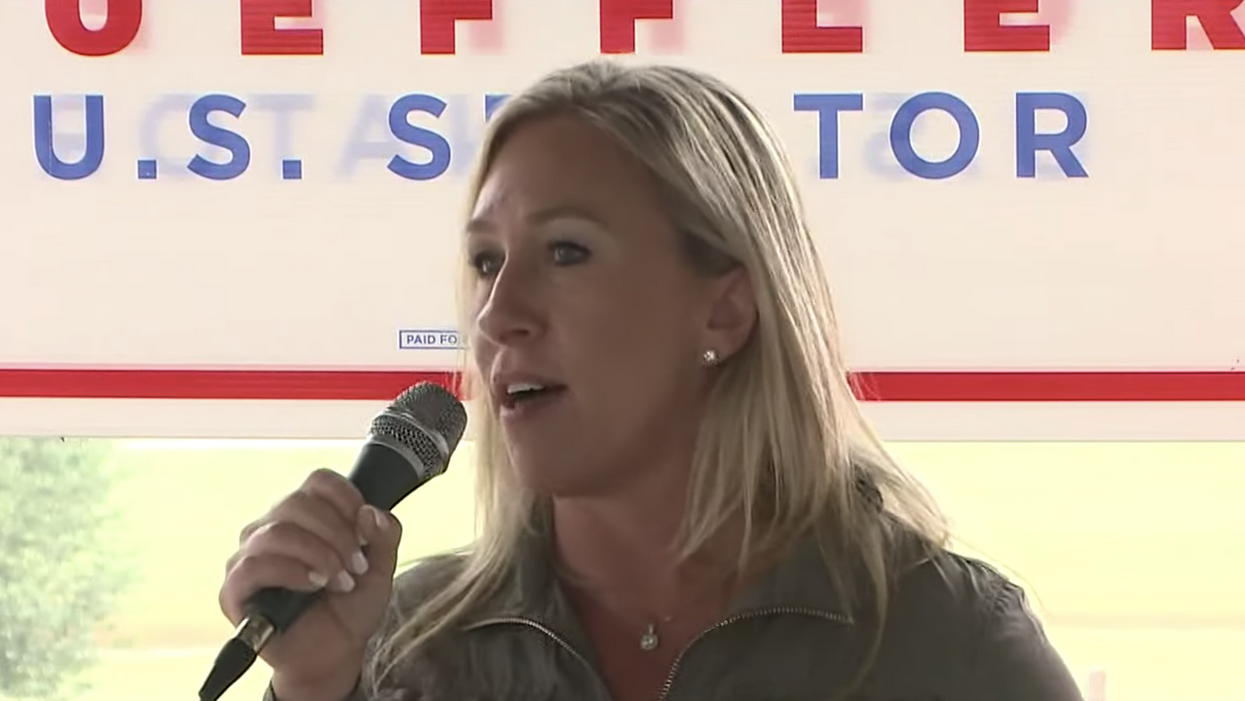 You couldn't find a better example of just how little Republican House members think of their constituents than this. CNN conducted a survey of all members of the House of Representatives to determine how many had received at least the first dose of one of the three available vaccines for the SARS-CoV-2 virus, which has killed approximately 540,000 Americans.

For the record, I think we can assume that the true number of vaccinations between Republicans and Democratic representatives is actually quite similar, since the number of those (including senators and House representatives) publicly reported to have been infected skews heavily (nearly triple the number) toward Republicans, almost wholly due to their insistence on refusing to social distance or use masks. If for some reason that is not the case, it would suggest that most Republicans as a group are either a.) completely honest, delusional, or cognitively impaired, b.) mindlessly obstinate, or c.) afraid to reveal their status because of what their constituents would think.

If they were completely honest, delusional, or cognitively impaired, they would be likely to tell the truth about their status (either yes or no, or "planning" to be vaccinated), rather than refuse to answer, because either they would want their constituents to be vaccinated, not vaccinated, or it would make no difference to them. So they're not "completely honest," delusional, or cognitively impaired.

If they were just mindlessly obstinate, dyed-in-the-wool deniers and truly believed the COVID-19 pandemic was nothing but a "hoax," they would likely respond that they had not been vaccinated, since they would not want to encourage their constituents to be vaccinated. This might be a reprehensible response, but at least it would be truthful. But those 145 chose instead not to say whether they'd been vaccinated—or not.

Finally, if they were simply afraid to reveal their status, they would refuse to respond, which is what 145 of them have done.

So we can fairly assume that most if not all of these 145 Republicans are afraid to reveal their vaccinated or non-vaccinated status. But by succumbing to this fear and refusing to reveal their status, they're implicitly and deliberately placing their own political interests above the lives of their constituents. Because otherwise they would fall into category a.) above.

This is the uniform excuse being employed by those Republicans who refuse to respond:

"Isn't that a HIPAA violation?" Rep. Marjorie Taylor Greene of Georgia said when asked about her vaccine status. "I don't know if should tell you," Rep. Markwayne Mullin of Oklahoma said. "I am not going to answer that." "That's not appropriate," Rep. Jason Smith, a Republican from Missouri, chimed in as he overheard the question. Later when Smith was asked about his vaccination status, he shot back, "The fact that you are asking them their health information, I think that is really unacceptable."

Of course HIPAA has nothing to do with this. As the CNN article points out, it's neither a violation of HIPAA nor an infringement on their "privacy" to disclose whether you've been vaccinated or not: "HIPAA applies to health care providers, who are barred from sharing personal health information about their patients without consent, not to individuals who willingly share their information."

These Republicans know this full well. As public figures allegedly hired to represent their constituents, in the face of a massive and deadly public health crisis they have a civic duty, if not an obligation, out of basic human decency to respond "yes" or "no."

But clearly that is too much to ask of them.