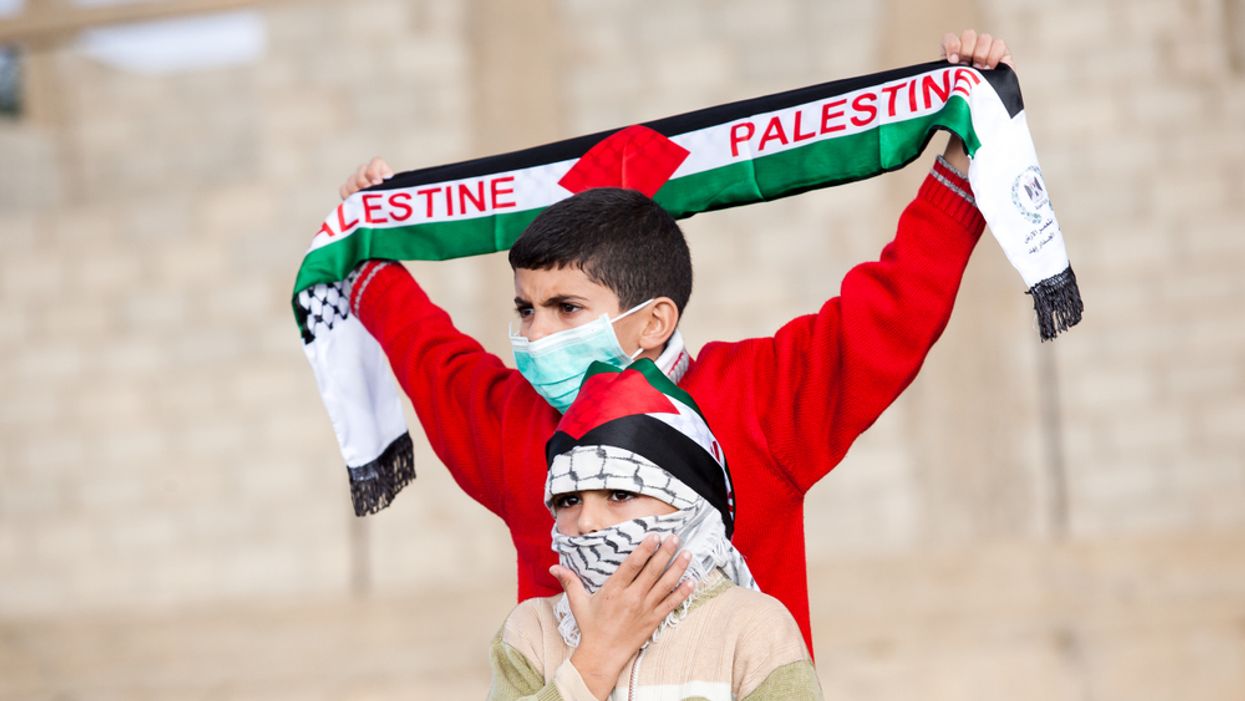 In a letter sent to Secretary of State Antony Blinken on Friday, a dozen House Democrats urged the Biden administration to "ground its engagement on Palestine and Israel in international law and human rights and undue the damage done by the Trump administration," as Rep. Rashida Tlaib of Michigan—who led the effort alongside Rep. Mark Pocan of Wisconsin—put it.

"We look forward to establishing a new, mutually productive relationship with the State Department under your leadership that results in U.S. policy that supports the human rights and dignity of the Palestinian people," the group of 12 progressive lawmakers—including Tlaib and Pocan as well as fellow Democratic Reps. Alexandria Ocasio-Cortez (N.Y.), Ilhan Omar (Minn.), Ayanna Pressley (Mass.), and others—wrote to Blinken.

Describing themselves as "advocates for the human rights of the Palestinian people," the letter's signatories denounced former Secretary of State Mike Pompeo for his "unwillingness to engage with us about our concerns related to U.S. policy toward Israel and Palestine," and asked Blinken to respond to "letters sent to your predecessor which were ignored."

BREAKING: Several Members of Congress, led by @RepRashida and @repmarkpocan, are calling on the Biden administratio… https://t.co/UBh659CQjJ
— IMEU (@IMEU) 1615577855.0

The congressional Democrats condemned Israel's unilateral annexation of Palestinian land, including through the widespread demolition of homes—a policy that the State Department should "take effective and timely diplomatic action to end."

In addition, the progressive lawmakers called on Israel to comply with international law by "providing for public health measures in Occupied Palestinian Territory" and vaccinating all Palestinians living under Israeli military occupation.

The signatories are also calling on Israel to comply with international law and vaccinate all Palestinians living u… https://t.co/VgnGO6kY2g
— IMEU (@IMEU) 1615577857.0

The Members of Congress continue even further, pushing the administration to make one thing clear: settler colonial… https://t.co/T3o7LH4X3U
— IMEU (@IMEU) 1615577857.0

"It's incredibly heartening to see members of Congress explicitly call out Israel's ongoing colonization of Palestine, its inhumane practice of home demolitions, and its de facto annexation of Palestinian land," tweeted the Institute for Middle East Understanding (IMEU). "Israel has for too long avoided accountability for its crimes."

"The conversation is shifting, public sentiment is changing, and it's time the Biden administration listened to the people and spoke up for Palestinian rights," IMEU said before thanking the signatories "for being on the right side of history."