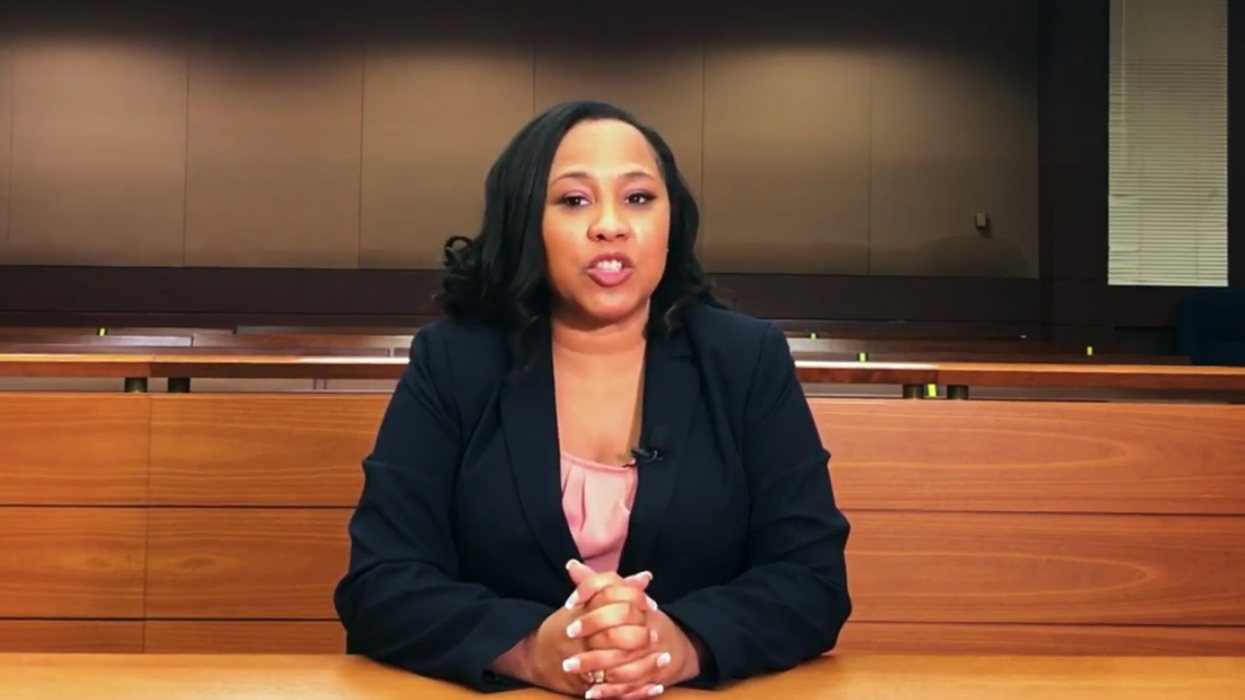 As much as I'd love to see Donald Trump in a prison cell, I'd like to see him in a dunk tank even more. I mean, the prisons are full. Let the carnival deal with him. Barkers and mountebanks are his kindred spirits anyway.

And imagine being able to dunk his dumb ass over and over again for a buck a throw. Piranhas would be extra. Let's just say $2 each. But, you know, really small piranhas. We're not savages, after all. And we don't want to kill the golden goose—or the piss-colored pigeon, as it were.

I mean, this could pay off the entire cost of the $1.9 trillion American Rescue Plan, with a bit left over for some funnel cakes. As long as the former guy's not ordering them, anyway.

So, yeah, Fulton County District Attorney Fani Willis, who's investigating the ocher arschloch over his open and brazen attempts to overturn Georgia's election results, has hired a top RICO lawyer for her team.

In other words, we all know what Willis is talkin' 'bout.

Fulton County District Attorney Fani Willis has enlisted the help of Atlanta lawyer John Floyd, who wrote a national guide on prosecuting state racketeering cases. Floyd was hired recently to "provide help as needed" on matters involving racketeering, including the Trump investigation and other cases, said the source, who has direct knowledge of the situation.

The move bolsters the team investigating Trump as Willis prepares to issue subpoenas for evidence on whether the former president and his allies broke the law in their campaign to pressure state officials to reverse his Georgia election loss. Willis has said that her office would examine potential charges including "solicitation of election fraud, the making of false statements to state and local governmental bodies, conspiracy, racketeering" among other possible violations.

"It's not a stretch to see where she's taking this," said Cathy Cox, the dean of Mercer University's law school in Macon, Georgia and a former Georgia secretary of state. "If Donald Trump engaged in two or more acts that involve false statements - that were made knowingly and willfully in an attempt to falsify material fact, like the election results - then you can piece together a violation of the racketeering act."

As Reuters notes, racketeering is a felony in Georgia and, if convicted, defendants face up to 20 years in prison. Stated Cox, "There are not a lot of people who avoid serving prison time on a racketeering offense."

How fitting that Tony Soap-ran-out may be prosecuted under a statute that's traditionally been used to put away mob bosses. I mean, Trump ran his whole administration like a criminal enterprise, and he was its unquestioned, untouchable leader.

But seriously, Georgia. Dunk tank. The whole world will thank you. Believe me.