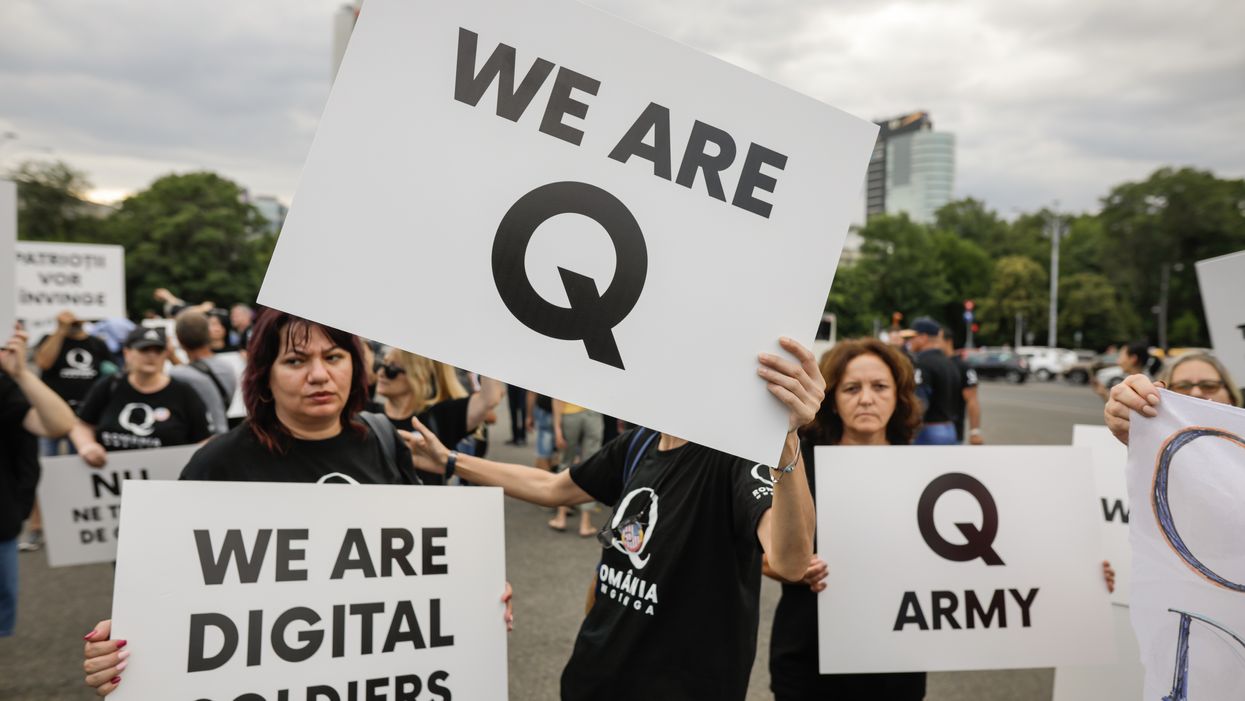 A former QAnon believer who recently detailed one of the far-right group's most bizarre conspiracy theories about President Joe Biden shows just how deep the subterfuge goes.

Apparently, QAnon believers are convinced that the newly-elected president is not a person, but rather a robot with skin. However, that only scratches the surface. Ashley Vanderbilt, one of the women on the panel, explained:

"The person that I started talking to ... that had initially got me into QAnon, he was like, 'You know, Joe Biden's not even real. That's why he's wearing a mask all the time, because the fake face that he's wearing, the mouth doesn't move correctly when he talks.' Yeah, so they really believe that Joe Biden is not even Joe Biden."

Charlotte Rozich, another former QAnon believer, went a step further as she noted that some are even convinced that Biden is not really President of the United States. Those QAnon believers insist "that Mr. Biden is acting as president from a movie-set version of the White House and is being controlled by the 'deep state,'" according to The Independent.

In addition to March 4, the date QAnon believers are convinced Trump will become the new world president, they are also waiting for an event called "the Storm." According to QAnon cannon, at that time, "the deep state Democrats and other opponents of Mr. Trump will be rounded up, tried and executed or imprisoned for their alleged crimes, and Mr. Trump will be restored to power."