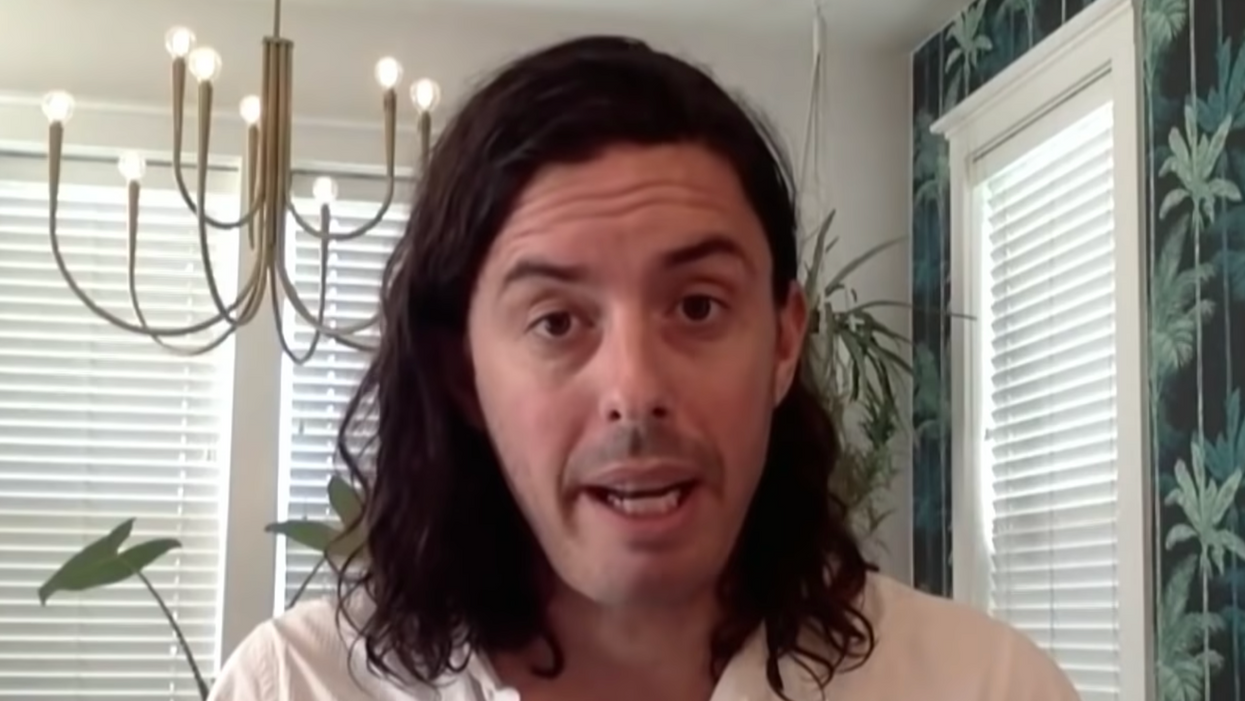 For many years, Virginia was a deep red state where Democrats were a minority party. But when President Barack Obama won Virginia in both 2008 and 2012, it was obvious that it had evolved into a swing state — and in 2021, Democrats control the Virginia State Legislature as well as the governor's office. Never Trump conservative Tim Miller analyzes the state of the Virginia GOP in an article published by The Bulwark on March 26, lamenting that the better Democrats have performed in Virginia elections, the more Virginia Republicans have descended into far-right conspiracy insanity.

"The once thriving Republican Party of Virginia has gone all but extinct in less than a decade," Miller explains. "The Democrats have swept the statewide elected offices, hold both (U.S.) Senate seats, and control both the House of Delegates and the State Senate. Joe Biden crushed Donald Trump by 10 points and nearly half a million votes."

Although Miller left the GOP because of his disdain for Trumpism and supported Biden in the 2020 presidential election, he is still conservative — and in his article, he argues that some Virginia Democrats have been overreaching. But Miller believes that Trumpian Republicans in the state are so extreme and so unhinged in 2021 that they are not a viable alternative.

Miller writes, "You would think that given voters in the commonwealth's utter repudiation of everything that the GOP has put forward during the Trump years, that the party might consider a new approach. It's not as if the Democrats haven't provided the Republicans some opportunities. The sitting Democratic governor moonwalked his way out of a blackface scandal. The state's teachers' unions' have gone to absurd lengths to keep kids out of schools in the once purple and now blue Northern Virginia suburbs."

But Miller quickly adds that instead of embracing sane non-Trumpian conservatives like former Rep. Barbara Comstock — who, he notes, "opposed President Trump and has consistently condemned the election lies being pushed by the MAGAverse" — Virginia Republicans keep moving more and more to the far right.

"There's no room in the party for an anti-insurrection conservative like Comstock," Miller laments. "Instead, the VA GOP poobahs watched the siege of the Capitol across the river and decided the message they need to send to voters is either 'Hell yeah!' or "You have to admit, they had a point.'"

Miller points to far-right Virginia State Sen. Amanda Chase as a glaring example of the Virginia GOP's direction. Chase is an extremist who praised the insurrectionists who stormed the U.S. Capitol Building on January 6 as "patriots," implored Trump to declare martial law after he lost the 2020 election, and described herself as "Trump in heels" — and she is the frontrunner in Virginia's 2021 GOP gubernatorial primary.

Miller sarcastically writes, "(Chase) called the Capitol Police themselves murderers for having shot one of the great patriot insurrectionists. So, mark her down as pro-cop killing and pro-coup. But hey, just because the frontrunner is an unapologetic insurrectionist doesn't mean it's all lost, right?"