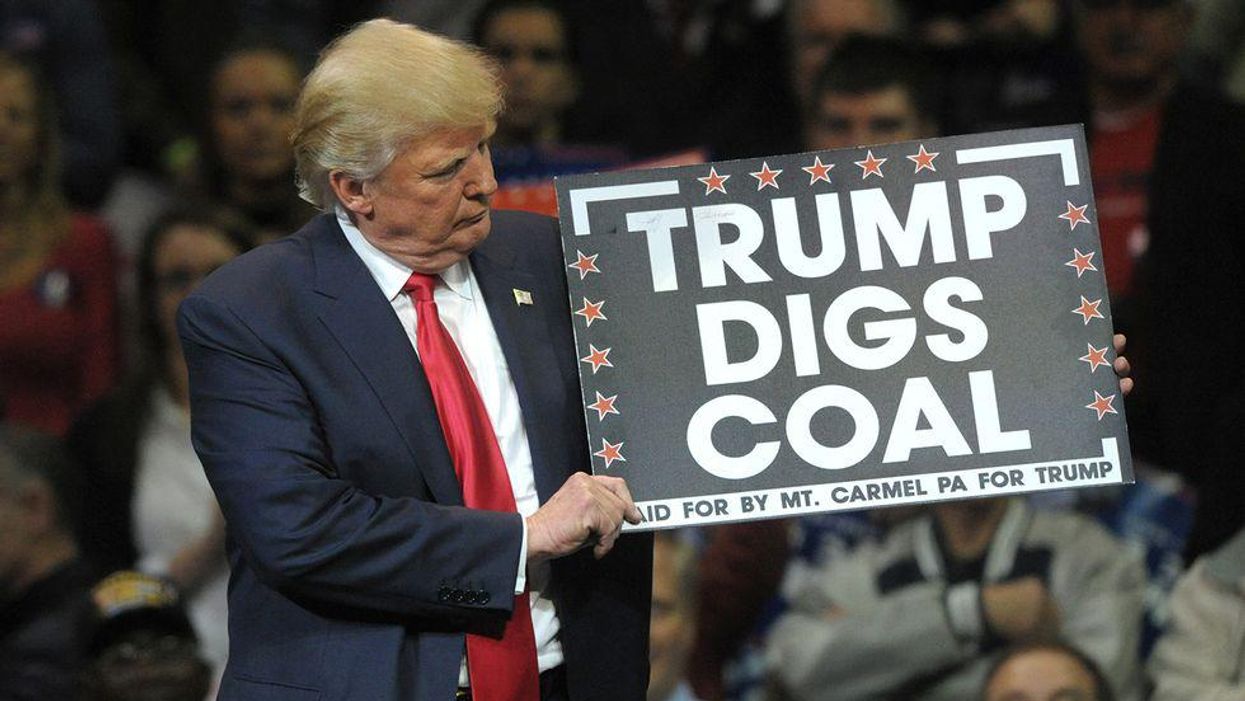 Image via The White House.
Dartagnan
and
Common Dreams
March 25, 2021
A newly transformed Environmental Protection Agency under the leadership of Michael Regan will conduct an unprecedented, public accounting of the Trump administration's four years of politically-motivated attacks on scientific inquiry, attacks that were used as a basis for dozens of regulatory changes calculated to benefit corporate polluters at the expense of the public health.

As reported by the New York Times:

WASHINGTON — The Biden administration is taking the unusual step of making a public accounting of the Trump administration's political interference in science, drawing up a list of dozens of regulatory decisions that may have been warped by political interference in objective research.
The effort could buttress efforts to unwind pro-business regulations of the past four years, while uplifting science staff battered by four years of disregard. It is particularly explicit at the Environmental Protection Agency, where President Biden's political appointees said they felt that an honest accounting of past problems was necessary to assure career scientists that their findings would no longer be buried or manipulated.

In preparation for this inquiry, Mr. Regan has requested all EPA employees to bring any and all examples of political interference to the attention of the agency's inspector general and other officials responsible for maintaining scientific integrity at the agency, without fear of retaliation or retribution of any kind.

In a blunt memo this month, one senior Biden appointee said political tampering under the Trump administration had "compromised the integrity" of some agency science. She cited specific examples, such as political leaders discounting studies that showed the harm of dicamba, a herbicide in popular weedkillers like Roundup that has been linked to cancer and subsequently ruling that its effectiveness outweighed its risks.

As noted in the Times' report, former Trump officials involved in the deliberate distortion of scientific evidence and studies in order to justify their political motives have reacted to the announcement with varying degrees of concern, some characterizing the efforts to uncover their work as simply another exercise in "politicization" of the agency. They emphasize that their decisions were aided with the advice and concurrence from (presumably non-political) career employees. And while acknowledging that in many circumstances those employees did not agree with their decisions, they stress that their efforts were just "differences in scientific opinion" and the typical give-and-take of any "team."

It will be interesting to see how many of those career employees truly felt themselves as part of a "team" with these Trump political hacks. As reported in 2021 by the Sabin Center for Climate Change Law, the EPA lost 672 scientists during the Trump administration, many of whom felt they were forced out of their positions. A comprehensive report on the administration sidelining of scientific research conducted in December, 2019, by the New York Times, found that Trump's political appointees had "diminished the role of science in federal policymaking while halting or disrupting research projects nationwide:"

Political appointees have shut down government studies, reduced the influence of scientists over regulatory decisions and in some cases pressured researchers not to speak publicly. The administration has particularly challenged scientific findings related to the environment and public health opposed by industries such as oil drilling and coal mining. It has also impeded research around human-caused climate change, which President Trump has dismissed despite a global scientific consensus.

So corrupted from its intended purpose had the agency become under Trump that Former EPA Administrator Andrew Wheeler even went so far as to release an official pre-election memo in August, 2020, touting the agency's "removal" of environmental regulations that he characterized as "hamstringing" American businesses. Some of these actions are addressed in the Times article linked above, including the refusal to ban asbestos products; "declaring the health effects of chlorpyrifos, a widely-used pesticide, 'unresolved' despite years of agency research proving its danger to infants;" and attempting to limit the type of scientific studies which could be used to justify the imposition of any new regulations affecting corporate profits.

Wheeler's self-congratulatory memo bragged about such efforts as "rescind[ing] the Obama Administration's inadequately justified regulation of methane" and eliminating regulations on potentially cancerous emissions for suffering "small oil and gas operators." His tenure at EPA, like that of his disgraced predecessor, Scott Pruitt, was, as the Times report notes, "the epicenter of some of the administration's most questionable decisions."

So yes, it's understandable why certain people might be concerned about a report publicly revealing what they did, at the U.S. taxpayer's expense, in the guise of "protecting" the environment.