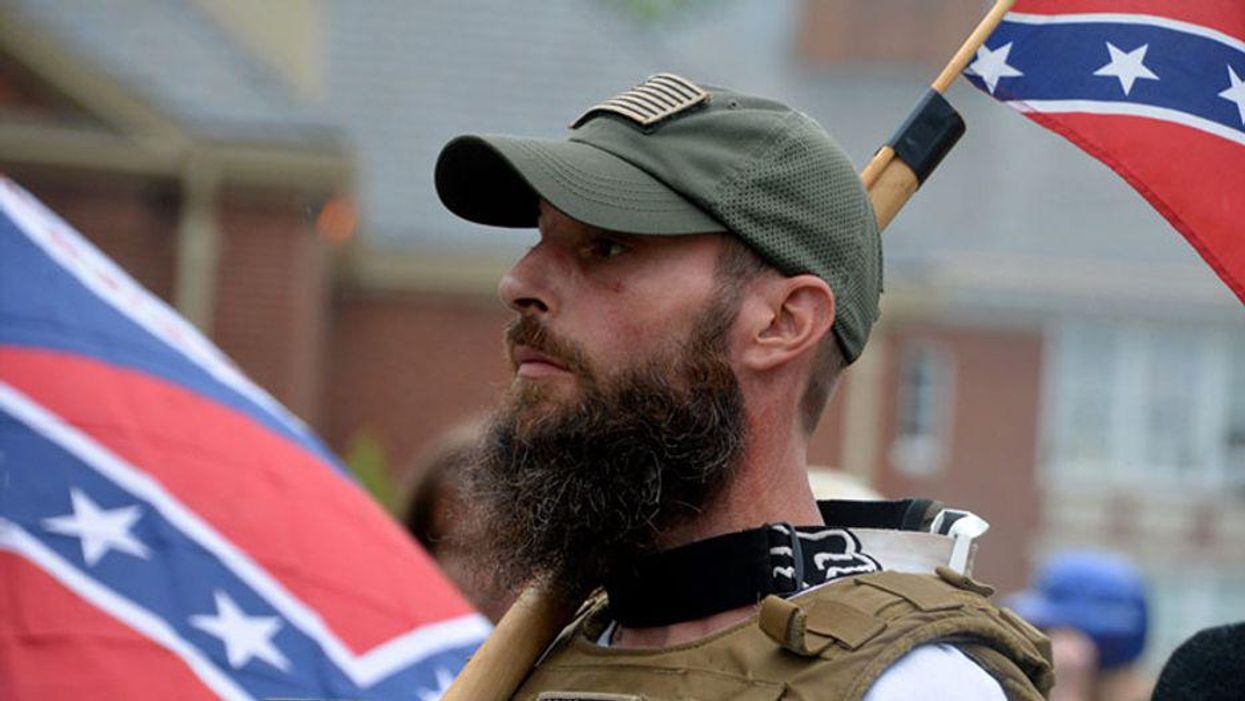 White nationalists around the world are appropriating the language of environmentalism.

The white nationalist who allegedly massacred 22 people in El Paso in early August posted a four-page screed on the chatroom 8chan. In it, the shooter blames his attack on the “Hispanic invasion of Texas" and the impending “cultural and ethnic replacement" of whites in America.

The shooter also refers directly to the lengthy manifesto written by the man who allegedly murdered 52 in March in attacks motivated by Islamophobia on mosques in Christchurch, New Zealand.

The Christchurch shooter called himself an “ecofascist" who believes there is no “nationalism without environmentalism." The El Paso shooter titled his rant “An Inconvenient Truth," apparently in reference to Al Gore's 2006 documentary warning about the dangers of climate change. He also praised “The Lorax," Dr. Seuss' classic story about deforestation and corporate greed.

The prominence of environmental themes in these manifestos is not an oddity. Instead, it signals the rise of ecofascism as a core ideology of contemporary white nationalism, a trend I uncovered when conducting research for my recent book, “Proud Boys and the White Ethnostate: How the Alt-Right Is Warping the American Imagination."

The roots of ecofascism

Ecofascists combine anxieties about the demographic changes they characterize as “white extinction" with fantasies of pristine lands free of nonwhites and free of pollution.

Ecofascism's roots trace back to early 1900s when romantic notions of communion with the land took hold in Germany. These ideas found expression in the concept of “lebensraum" or living spaces, and in attempts to create an exclusive Aryan fatherhood in which “blood and soil" racial nationalism reigned supreme. The concept of lebensraum was integral to the expansionist and genocidal policies of the Third Reich.

There is a long thread that ties xenophobia to right-wing environmentalism. In the U.S., strains of ecofascism appeared in the incipient environmental movement, espoused by racialists like Madison Grant, who in the 1920s championed the preservation of native flora including California's redwood trees, while demonizing nonwhite immigrants.

After World War II, in the name of protecting forests and rivers, nativist organizations opposed to arrivals from non-European countries stoked fears of overpopulation and rampant immigration.

A meme popular online among the far-right and ecofascists is “save trees, not refugees." Often ecofascist memes take the form of emojis like the popular Norse rune known as Algiz, or the “life" rune. This rune, favored by Heinrich Himmler and the SS, is one of many alternative symbols to swastikas that circulate online to dog whistle neo-Nazism allegiances.

Many ecofascists today gravitate toward “deep ecology," the philosophy developed by the Norwegian Arne Naess in the early 1970s. Naess wanted to distinguish “deep ecology," which he characterized as reverence for all living things, from what he viewed as faddish “shallow ecology."

Jettisoning Naess' belief in the value of biological diversity, far-right thinkers have perverted deep ecology, imagining that the world is intrinsically unequal and that racial and gender hierarchies are part of nature's design.

Deep ecology celebrates a quasi-spiritual connection to the land. As I show in my book, in its white nationalist version only men – white or European men – can truly commune with nature in a meaningful, transcendent way. This cosmic quest fuels their desire to preserve, by force if necessary, pure lands for white people.

Reflecting on Linkola's ideas, the white nationalist webzine Counter-Currents impels white men to take ecofascist action, saying that it is their duty to “safeguard the sanctity of the Earth."

This background helps to explain why the Christchurch shooter called himself an “ecofascist" and discussed environmental issues in his rambling screed.

The El Paso shooter offered more specific examples. In addition to mentioning the “The Lorax," he criticized Americans for failing to recycle and for wanton waste of single-use plastics.

Their crusade to save white people from erasure through multiculturalism and immigration mirrors their crusade to preserve nature from environmental destruction and overpopulation.

The conventional wisdom in the public is that environmentalism is the province of liberals, if not of the left, with its commitments to environmental justice and carbon neutrality.

Yet the ubiquity of environmental concerns among white nationalists shows that distinctions between liberal and conservative are not necessarily germane when assessing the ideologies of the far-right today.

If current trends continue, the future will be one of intensified global warming and extreme weather patterns. There will be an increase in climate refugees, often seeking respite in the global north. In this context, I think that white nationalists will be primed to merge the prospect of climate calamities with their anxieties about white extinction.

Census projections indicate that around 2050 the U.S. will become a majority nonwhite country. For white nationalists, this demographic clock ticks more loudly each day. Both the Christchurch and the El Paso shooters invoke the “Great Replacement" theory, or the distorted idea that whites are being demographically outnumbered, to the point of extinction, by immigrants and racial others.

Given the patterns I see emerging, I believe that the public needs to recognize ecofascism as a dangerous cloud gathering on the horizon.

[ Expertise in your inbox. Sign up for The Conversation's newsletter and get a digest of academic takes on today's news, every day. ]