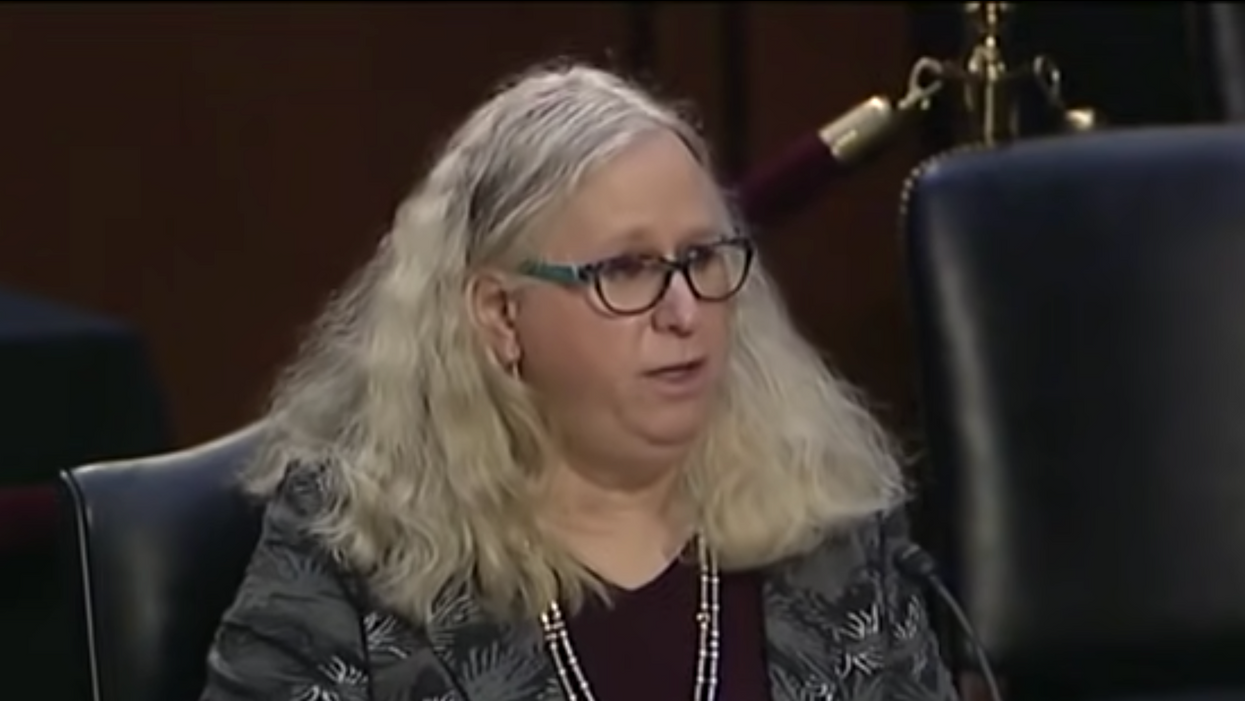 Dr. Rachel Levine has just been confirmed to be the Assistant Secretary of Health at the Dept. of Health and Human Services in a historic vote, making her the first Senate-confirmed openly-transgender nominee. The vote was 52-48, with all Democrats voting for her, and two Republicans joining the "yea" votes.

"At a time when hateful politicians are weaponizing trans lives for their own perceived political gain, Dr. Levine's confirmation lends focus to the contributions trans people make to our nation and deflates absurd arguments calling for their exclusion," Annise Parker, the former Mayor of Houston and now President of the Victory Fund and Victory Fund Institute said.

"I firmly believe that turning points, such as today's Senate confirmation vote for Dr. Levine's appointment, are powerful indications that this nation is truly heading down the pathway to lasting transgender equality," former Obama administration official Raffi Freedman-Gurspan, who was the first openly transgender official to work in the White House, told the Post.

President Joe Biden nominated Dr. Levine, who serves as the Pennsylvania Secretary of Health and is a Professor of Pediatrics and Psychiatry at the Penn State College of Medicine.