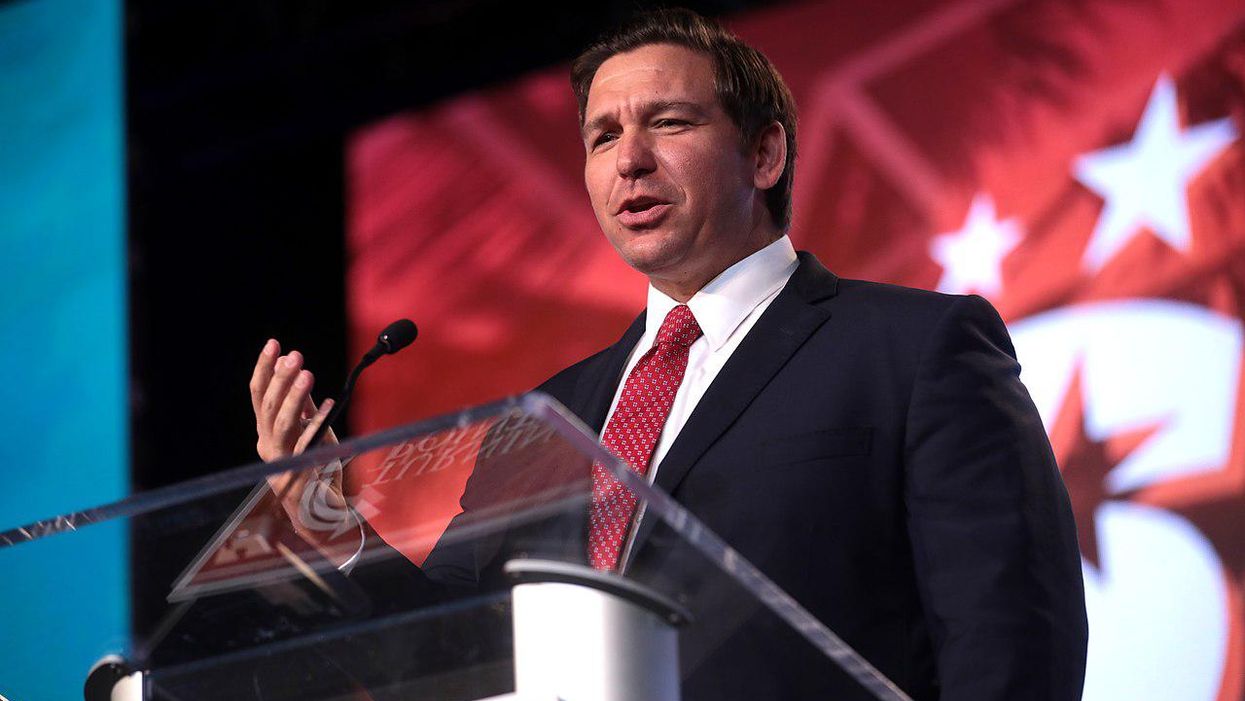 Ron DeSantis, the Trump-loving governor of Florida, is getting into more hot water over claims that his office steered vaccines toward wealthy communities filled with Republican donors.

The Tampa Bay Times reports that leaked text messages between donors and public officials indicate that DeSantis's office was involved with directing which areas got special access to vaccines, despite the governor's denials of favoritism.

The key figure here is Manatee County Commissioner Vanessa Baugh, who reportedly coordinated with the governor's office to organize high-profile vaccination events in the county.

"Baugh and her fellow commissioners had voted unanimously in January to make the [vaccination] standby pool random, in order to make the system more equitable," writes the Tampa Bay Times. "But text messages indicate neither Baugh nor the governor's office suggested relying on the random pool to pick who would get the vaccine at the Lakewood Ranch event."

Instead, the governor's office directly asked Lakewood Ranch developer Rex Jensen to make a list of people who would get prioritization for vaccinations.

Jensen subsequently complained to Baugh that he did not have the resources to make such a list, and she worked to help him out with compiling names.

"Emails show that Baugh directed the county's public safety director and staff to pull only those residents who had listed their zip codes as 34202 and 34211 when they registered," reports the Tampa Bay Times. "Both zip codes are in Baugh's district."

Additionally, the paper writes that "neither the Florida Department of Health, the Florida Division of Emergency Management or the governor's office would explain why they asked Jensen and Baugh to create a list of vaccine recipients, instead of relying on the county's random vaccine standby pool."