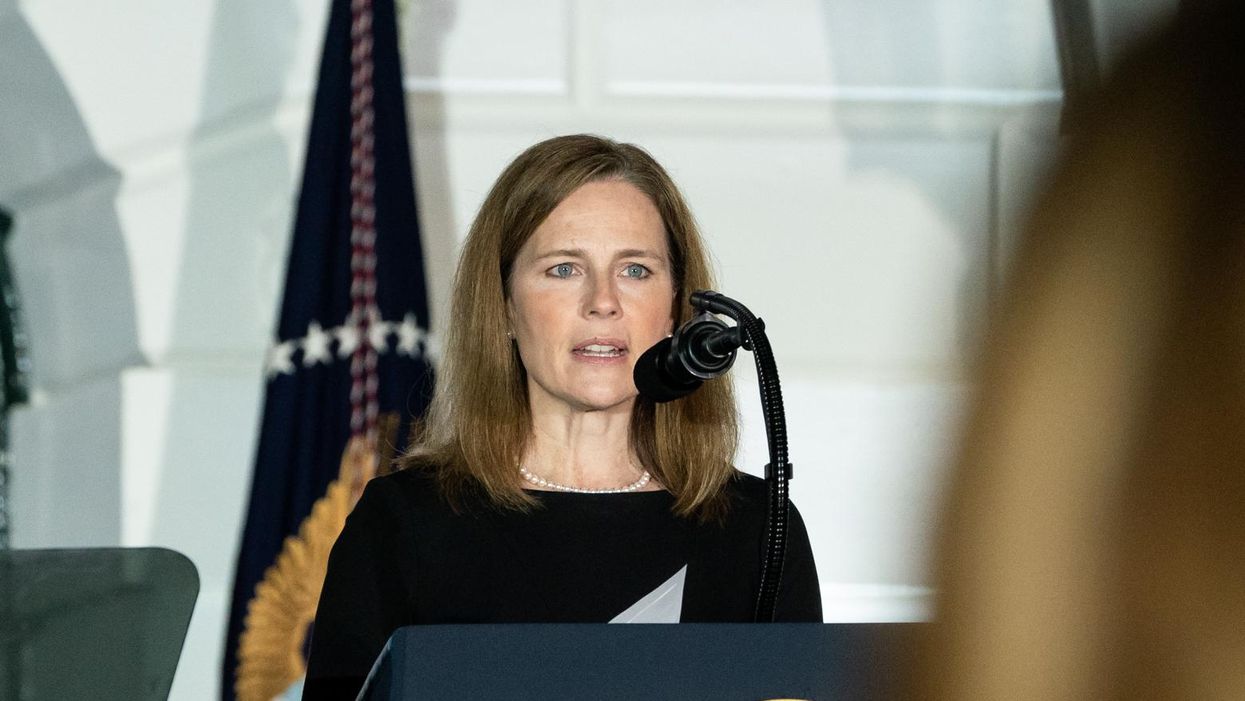 One of the first lessons attorneys involved in high-stakes litigation learn is that it sometimes pays not to say the quiet part out loud, lest your client's true intentions be revealed.

Michael A. Carvin, a highly respected partner in the powerful Jones Day law firm based in Washington, D.C., may have forgotten this lesson during the oral arguments conducted by the Supreme Court on March 2 in a pair of appeals from Arizona involving Section 2 of the Voting Rights Act (VRA). In a shocking comment made toward the end of his presentation, Carvin revealed the Republican Party's entrenched and dedicated commitment to partisan advantage and voter suppression. In the process, however, Carvin may have unwittingly opened the door to abolishing the legislative filibuster and enacting H.R. 1, the landmark omnibus voting rights bill entitled the "For the People Act of 2021" that has passed the House and is now pending before the Senate.

The Arizona cases don't concern H.R. 1 or the filibuster directly. They involve a 2016 state statute that criminalizes the collection of ballots by third parties (a practice called "ballot harvesting"); and a state policy that strictly prohibits voters from casting ballots outside of their registered precincts.

Representing the Arizona Republican Party, Carvin argued that neither the statute nor the out-of-precinct prohibition runs afoul of Section 2, which bars racial discrimination in voting. Carvin contended Arizona's law and practices should be upheld because they are racially neutral and don't deny anyone the opportunity to vote.

Attorneys representing the Democratic National Committee countered that Arizona's practices disproportionately burden Native American, Latino and Latina, and Black voters, who have higher rates of residential mobility than white voters (causing them to move out of their assigned precincts more frequently than white voters), and who are more likely to rely on neighbors and friends to deliver absentee ballots to polling places because they don't own cars or have access to dependable public transportation to vote in person.

Although both the statute and the precinct rule in fact depress minority voter turnout, Carvin and the GOP are likely to prevail in the Supreme Court. Despite the high court's rejection of Donald Trump's baseless voter fraud lawsuits to overturn the results of the presidential election, the court has an abysmal record on voting rights in general.

In 2013, the court gutted Sections 4 and 5 of the VRA in the infamous case of Shelby County v. Holder in a 5-4 majority opinion written by Chief Justice John Roberts. Prior to Shelby, states and localities with histories of voting discrimination had to obtain advance approval (a process called "preclearance") from either the Justice Department or a federal court sitting in Washington, D.C., before implementing changes to voting procedures.

Post Shelby, the preclearance requirement is gone. Disadvantaged voters now have to initiate and fund lawsuits challenging unfair practices under Section 2 of the VRA. The Arizona cases threaten to gut Section 2 as well.

In the aftermath of Shelby, voter suppression tactics have proliferated across the country. They range from restrictive voter ID laws and extreme gerrymandering to the closing of polling stations and limits placed on early and absentee voting. If anything, the pace of voter suppression is accelerating in the wake of Trump's defeat. Since the election, according to the Brennan Center for Justice, Republican lawmakers in 43 states have "carried over, prefiled, or introduced 253 bills with provisions that restrict voting access."

During his argument in the Arizona cases, Carvin unintentionally confirmed the need for enacting H.R. 1 and for abolishing the filibuster in a colloquy with Justice Amy Coney Barrett.

"What's the interest of the Arizona RNC here in keeping, say, the out-of-precinct voter ballot disqualification rules on the books?" Barrett asked.

"Because it puts us at a competitive disadvantage relative to Democrats," Carvin answered. "Politics is a zero-sum game, and every extra vote they get through unlawful interpretations of Section 2 hurts us. It's the difference between winning an election 50 to 49 and losing an election 51 to 50."

As a purely legal matter, Carvin wasn't wrong to point out the partisan interests served by Arizona's out-of-precinct and vote-harvesting prohibitions. Just two years ago, the Supreme Court handed down a pair of decisions, declaring that partisan gerrymandering—the practice of dividing up a state's electoral districts so as to entrench the party in power—was a "nonjusticiable" issue outside of the jurisdiction of the federal courts.

Politically, however, Carvin's answer amounted to an admission that for real-world purposes, the challenged Arizona practices aren't neutral at all. To the contrary, they were crafted for the purpose of undermining the political influence of minority populations who tend to vote Democratic.

Although the word "filibuster" was not uttered during the oral arguments on the Arizona cases, Senate Democrats will have little choice but to take heed of Carvin's remarks and marshal the courage and unity needed to pass H.R. 1 over a Republican filibuster should the Supreme Court rule in the GOP's favor and adopt another crippling interpretation of the VRA.

Abolishing the filibuster would be an accomplishment of historic proportions. The filibuster has been part of Senate procedure since the 19th century as a means of thwarting majority rule. In more recent times, it has been used by segregationists and obstructionists to block anti-lynching and civil rights legislation as well as a proposed constitutional amendment to replace the electoral college with a popular vote for president.

In its current form, the filibuster operates pursuant to Senate Rule XXII, which stipulates that a vote of three-fifths of the upper chamber is required for "cloture" (ending debate) on any pending legislation or resolution. To complicate matters further, rule XXII also specifies that invoking cloture on a motion to change Senate rules requires a two-thirds vote.

Given these thresholds, it is extremely doubtful that rule XXII and the filibuster will be repealed entirely. What can be done, however, by a simple majority vote is what has come to be called the "nuclear option," a complex parliamentary maneuver that allows a majority of the Senate to pass legislation on a specific issue. The nuclear option was deployed by Senate Democrats in 2013 to end the filibuster and the 60-vote cloture rule on lower-court federal judicial nominations, and by Senate Republicans in 2017 to end the cloture rule and the filibuster for nominees to the Supreme Court.

The nuclear option can and must be used again to avoid a Senate filibuster on H.R.1. If ratified, H.R. 1 would amend campaign finance laws, limit partisan gerrymandering, and create new ethics rules for federal officials and Supreme Court justices, among other reforms. It also calls on Congress to restore the full VRA.

To invoke the nuclear option on H.R. 1 and voting rights, maximum public pressure must be brought to bear on the Senate's two most conservative Democrats—Joe Manchin of West Virginia and Kyrsten Sinema of Arizona—to fall in line, lest the Democrats lose control of both the House and Senate not only in 2022, but for years to come. Arizona is just the tip of the voter-suppression iceberg.